The Obi-Wan Kenobi to music’s many a Luke Skywalker, Rick Rubin could well be considered the industry’s very own Yoda. Though slightly more coherent and, until recently, accompanied by a lot less Star Wars puns. However, since it was announced that Rubin was curating a tribute album, Star Wars Headspace, I expect he’s been consigning the many bids that “the force be with him” to a galaxy far far away.

Puns aside, the most recent cut from the album has now been released, entitled Jabba Flow: Rick Rubin Re-Work and featuring A-Trak. Listed as track 5 on Star Wars Headspace, the track was originally written and performed by The Force Awakens director, J.J. Abrams, and composer Lin-Manuel Miranda under the name Shag Kava. The original version features in The Force Awakens, during the scene at Maz Kanata’s cantina. Following the film’s release, there were a number of calls for Jabba Flow to be made available to buy, and the remix finds a well deserved place on Rubin’s track listing. Also staying true to Rubin’s one rule regarding the compilation; still not touching John Williams. 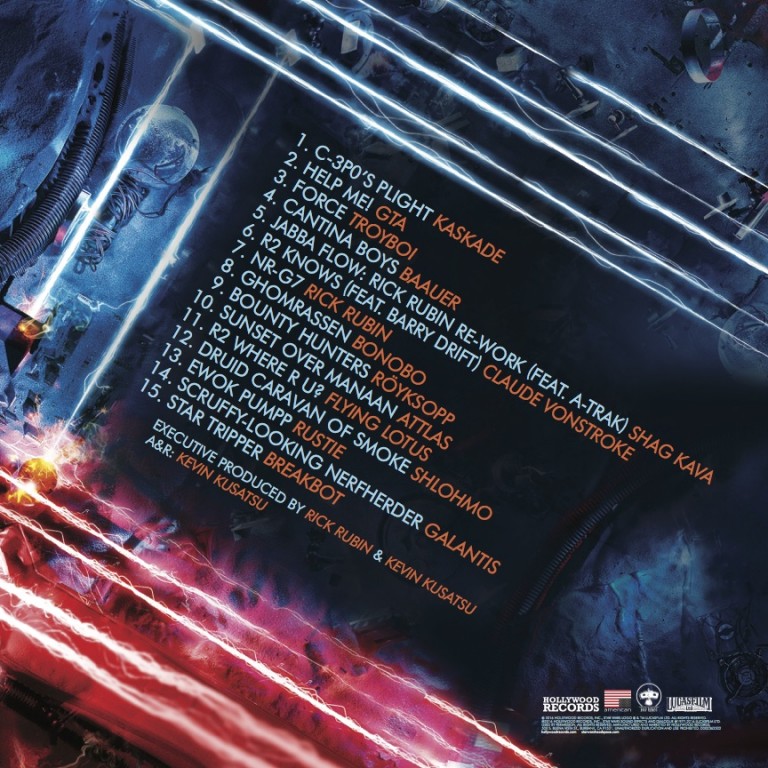 Premiered by Zane Lowe on his Beats 1 show, Jabba Flow is the fifth track to be shared ahead of the release of the full album next week. The first tracks to be heard, also played out by Lowe, were contributions from Flying Lotus, Baauer, Royksopp and a solo track by Yoda himself… sorry, I mean Rubin.

Star Wars Headspace will be released digitally February 19 and physically on March 18 on Hollywood/American Recordings.