Last week, Junkee‘s Patrick Lenton wrote a great article about the unnecessary arrogance of those who turn their pointy noses up at the kind of culture that might be considered “lowbrow”. Titled You’re Not Smart Or Interesting For Shitting All Over Popular Culture, Lenton looks how many compare “highbrow” and “lowbrow” pop culture, such as a literary novel like War And Peace and a reality show like Keeping Up With The Kardashians.

Lenton’s article stemmed from an elitist Guardian review of the latest Captain America. I similarly commented on an overwhelmingly sanctimonious Coachella review earlier this year, and this article got me thinking about how many of us look at music in the same way.

Like popular culture, popular music and its many branches, be they pop, EDM, trap and so on, have been considered plebeian preferences, music for the untrained ear, the underdeveloped brain and just plain bad. Aphex Twin, Brian Eno and Talib Kweli are profound and significant, canonical essentials to any serious collector. David Guetta, Jason Derulo and Tyga on the other hand? Get out.

I recently had a conversation about music which lends itself to activities like cooking, cleaning and driving. When it came to exercising, I mentioned (not for the first time) that my gym sessions are usually soundtracked by EDM, pop-punk, aggressive rap and heavy metal. The person I was chatting to literally cringed, scoffed into their drink, and challenged the validity of my being a music journalist. They seemed betrayed, appalled at the concept that someone can write about conscious hip-hop and immersive electronica if they’re also pumping iron to Deadmau5 and Jimmy Eat World.

Working my triceps to some Calvin Harris, got a problem? Image: MTV

Music, much like all entertainment and art, does not all exist for the same purpose or to serve one function. There is no need, nor point, in comparing War and Peace to the Kardashians, because they exist for entirely different reasons. There’s also no point in comparing, Four Tet to Taylor Swift, or Radiohead to Tiesto. Four Tet’s music is challenging and thought-provoking, Swift’s typically romance-focused pop songs are incredibly catchy, bright and easy to follow. Radiohead’s music is cryptic and experimental, blending organic and electronic elements together, while Tiesto’s is adorned with synthetic melodies and heady beats, exclusively designed for dancing.

It’s commonly said that classical music and jazz is highbrow, while pop and gangsta rap is lowbrow. Put simply, it is arrogant, ignorant and elitist to trash anything considered lowbrow because it’s classified as such. Conscious hip-hop and trap are allowed to exist at the same time and people are allowed to enjoy both. You probably won’t turn up at the club to Beethoven’s Fifth Symphony (although there are some amazing trance and techno remixes of classical compositions out there), and it’s unlikely you’re going to sit at home with your headphones on, studying the lyrical intricacies of Lil Jon‘s Bend Ova, but that fact doesn’t make one better than the other. They exist for different reasons. Neither one is trying to be comparable or interchangeable.

When I spoke to saxophonist Kamasi Washington last year, we discussed the notion that many palm off jazz as a whole, deeming it too stuffy, complicated or unenjoyable.

“It’s not a very wise statement to say that you don’t enjoy a whole genre of music,” he said. “Maybe Ol’ Dirty Bastard’s not your thing, but Nas is… Your taste should be determined more by the musician than the genre. Just because you don’t like Bach, doesn’t mean you won’t like Stravinsky! Just because you share [a genre] doesn’t mean your music is interlocking or interchangeable.”

Sure, you can probably compare Future to 2 Chainz and Travis Scott. They employ similar vocal stylings, rhyming schemes, production techniques, beats and autotune, but to compare him to Rakim or A Tribe Called Quest is pointless and smug.

For some artists, their style and sound can be drastically varied even in their own catalogue. Tupac released some of the most important hip-hop songs with a conscience and purpose of all time, like Keep Ya Head Up and Dear Mama, and he also released Gangsta Party and Thugz Mansion. Beyoncé asked you if her body was too bootylicious, and more recently lay atop a drowning police car and demanded that you get in formation. Kanye West spent an entire album addressing loss, death and depression, and more recently about having sex with a girl who had just had anal bleaching. Is one song more valid or important than the other? No. It’s perfectly fine for you to like one of them more than the other, just as it’s entirely understandable that you might dislike the thumping beats and intense synths of EDM, but that doesn’t make one more valid, more artistic or more worthy than the other. 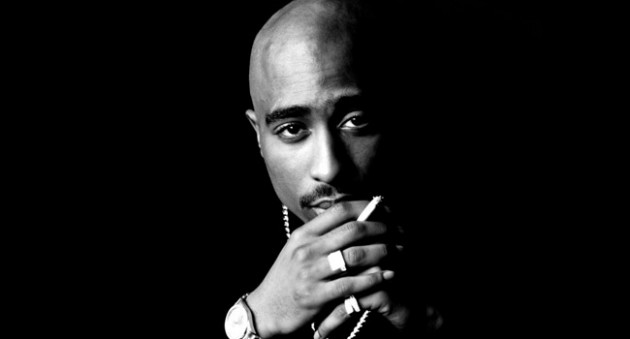 Classical, Jazz, Experimental, oh my! The Perils Of Highbrow Music

“I think people get caught up in the idea that it’s this intellectual, historically-based thing, more than actually saying there’s nothing in this whole genre that you’d enjoy. It’s just real hard for me to believe.” Kamasi Washington hit the nail on the head here, again while talking about jazz and its surrounding misconceptions.

Genres or artists are usually considered highbrow for precisely that reason: the notion that it’s intellectual, historical, bourgeois. Opera is steeped in centuries-old grandiose tradition and performed in great halls and, well, opera houses. Classical music is old and complex, composed by long-dead men with funny white hair and performed by pristinely presented orchestras. Experimental electronic music like Aphex Twin or Autechre is often unconventional and arhythmic, with unusual sounds and obscure, sometimes very lengthy phrasing.

If it’s old or weird, it’s typically deemed highbrow. Sure, a lot of jazz might take more concentration to digest if you’re used to contemporary or commercial music, but is it necessarily better than pop music, or is pop definitively worse than jazz? No. It’s different. Again, it exists in a different place and for a different purpose.

Interestingly, in some contexts, this kind of ‘highbrow’ is looked down upon, as if being a fan automatically makes you a snob, a hipster, a poser (when realistically, the one at fault here is the person responsible for making that judgement). In some circles, these styles are revered and considered to be of utmost importance, and even objectively “right” or “proper,” whereas others cast it aside as lame, geeky or arrogant. Admitting to being a fan of jazz can be as critically judged as admitting you like David Guetta. It’s a perilous world out there.

Pop music in particular is considered extremely lowbrow by many. By its very definition and name, pop music is such because it’s popular; it appeals to the masses. From Coldplay to Rihanna, Ed Sheeran to Taylor Swift, pop artists are cast aside by almost all serious music lovers for the very reason that it’s loved by many others. The same can be said for dubstep, EDM and so on.

A song about popping bottles in the club and a harem of fifteen big booty bitches may not offer the world the same thing that a conscious hip-hop track about police brutality and racial injustice does, but rather than offering something lesser, it just offers something different. Automatically dissing it because it doesn’t offer deep, philosophical insight is foolish and reductive. There’s no reason that serious, conscious or socially critical music should be the only kind to exist. Fun music is allowed to exist to, and guess what – enjoying it doesn’t make you basic or stupid.

Last year I remember having a long conversation with someone about Kendrick Lamar, after Taylor Swift’s Bad Blood came out. My friend criticised it intensely, blasted him for appearing on a silly, overblown pop banger and claimed that this completely invalidated the power of To Pimp A Butterfly. This is ridiculous; saying that an artist’s powerful music is automatically made less important because that same artist has made a lighthearted pop song is as dumb as saying a Michelin Star chef should be stripped of their stars if they wake up and put some some beans on toast for breakfast. It’s not only conceited, it doesn’t make sense at all.

Kendrick Lamar is a great example of an artist who has achieved the rare feat of being considered highbrow at the same time as being a massive commercial success, often deemed a lowbrow achievement. To criticise an artist for earning huge record sales is extremely backwards. Just because millions of people like something, doesn’t mean it lacks substance. Commercial success does not equate to being lowbrow, and people who trash commercially successful artists simply for being successful, are exactly the problem. 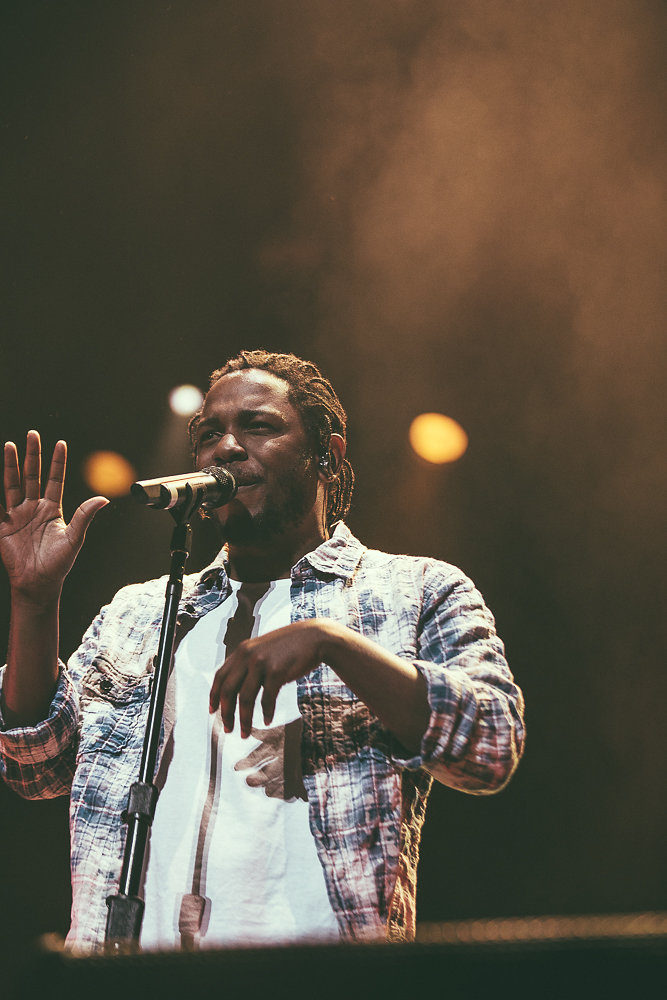 A highbrow artist in a lowbrow world. Image: Danielle Hansen

As the Junkee article points out, “There’s a part of being considered ‘lowbrow’ which includes knowing your place.” This is really interesting, especially in pop music today. There’s been a remarkable shift in recent pop; it’s growing, grounding and expanding to a point where it’s difficult, if not impossible to even use the classification anymore.

This year, Beyonce and Rihanna have released raw, provocative, genre-bending music, incorporating elements of hip-hop, electronic, gospel, reggae and so on into their sound, while their lyrics and emotions are more diverse, real and conscious than ever. We have also seen new records from Zayn Malik and Justin Bieber, both of which aim to reinvent these artists. Bieber in particular has often been considered the lowest of the lowbrow, but is now the poster boy for artists who change; both have been considered overproduced lowbrow pop stars for most, if not all, of their careers, but have now pushed those boundaries, challenging fans and critics alike.

By that token, however, there’s absolutely nothing wrong with enjoying plain old bubblegum pop and pre-Purpose Beiber. There’s a huge difference between not liking the music itself and not liking the music because it’s considered lowbrow. Sparkly, processed pop music has as much a place in this world as anything coming out of Warp Records, and Sam Smith’s Spectre theme song deserves to exist just as much as Radiohead’s version.

To be elitist for the sake of being elitist is not admirable or impressive. It just makes you a joyless, self-righteous prick.