Chances are, you heard Kamasi Washington playing before you heard his name. The jazz musician has recently been featured on albums like Flying Lotus‘ You’re Dead! and Kendrick Lamar‘s To Pimp A Butterfly, but there’s so much more to it than that. Easily considered one of the greatest living jazz musicians, the 32-year-old has been re-shaping the way audiences think about, and accept jazz – or what we call jazz – into their lives.

While he’s been recording and performing artist across jazz, hip-hop and more since his mid-teens, his debut album only came out this year. The Epic is exactly that: nearly three hours of sprawling, imaginative, intricate and beautiful tracks with a full range of thematic and direct influences, from dreams about warriors to Malcolm X.

We were lucky to chat to the man himself about the meaning and definition of ‘jazz’ as a whole, similarities between all genres, and why it’s important to be open-minded.

For most of us, it’s not exactly easy to get into jazz when you’re a young child. I have distinct memories of specific tracks that made me stop and fall in love with jazz. Was there one particular track or album that did it for you?

Yeah, actually there was. It was the first song I learnt to play on saxophone, by Art Blakey, played by Wayne Shorter, called Sleeping Dancer, Sleep On. I’ve always gotta have songs, every little era of my life. Then I was really into Transition was an album by John Coltrane that I was really into in high school.

The Epic feels largely improvised. How much of the music – the rhythms, the structure – had been planned before recording sessions? Or did it all evolve in the studio?

It was always evolving, it was always purposefully spontaneous. I left it open to give it that feel, I wanted it to feel free. So, I was pushing the musicians to shape the music as we were playing it, so it would feel that way. And then I’d write around those spontaneous moments. It was actually really interesting, when we played the release party, we played basically the whole album live and it was hard for the guys to recreate it! We can make something spontaneously happen *laughs* but to deliberately do something that you did spontaneously was a really interesting thing to try and do.

Do you feel the same way when you’ve played it live other times since?

Since that one show, I’ve let it be its own thing. I don’t try to redo what we did on the album. I’ll start the song with certain elements, and I’ll plan to play certain parts of it. But in general I keep it open, so that when you hear it live, it’s almost like a new, one-of-a-kind-version that you haven’t heard before. 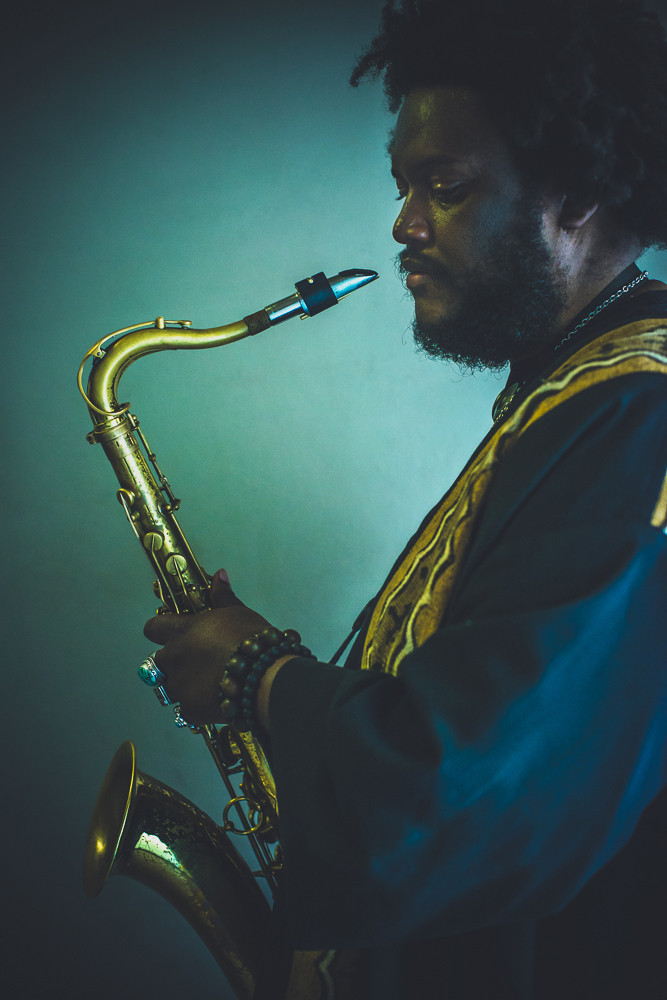 You’re a jazz musician in a world where most people aren’t that comfortable with jazz, compared to other genres. In an ideal world, would everyone love jazz at mainstream level like pop or hip-hop, or is it more that you just wanna make the music you want to make?

You know, the name ‘jazz’, the title, it’s not real. I make the music that I like to make, it’s not necessarily so important for people to associate themselves with this ‘jazz’ – it’s music but it’s also a name. I think that the difficulty comes from the name and the connotations of the name. I find that most people do like jazz, they just don’t realise it. They like forms of hip-hop that are inundated with jazz. Kendrick Lamar’s album is full of jazz and people love it, same with A Tribe Called Quest. People love different forms of rock ‘n roll that could be called jazz if you wanted to.

So for me, I’m just expressing myself in the way that I wanna express myself. It’s a cool thing that people may hear my music or Kendrick’s music and it opens their mind to this other form of music that gets called jazz. It’s a word that covers such a wide stance of music. Over a hundred years, thousands of musicians and millions of songs. To think that someone could say ‘I don’t like jazz’ – that’s a lot of babies going down with the bathwater!

I think people get caught up in the idea that it’s this intellectual, historically-based thing, more than actually saying there’s nothing in this whole genre that you’d enjoy. It’s just real hard for me to believe. Maybe Ol’ Dirty Bastard’s not your thing, but Nas is. It’s not a very wise statement to say that you don’t enjoy a whole genre of music. They’re all so connected. For me, it is cool to bring the music to people who may have thought ‘I don’t like jazz’, and you play it for them and you say, ‘this is jazz.’ And they go, ‘oh, well I do like jazz!’ But my purpose is more the enjoyment of expressing myself. 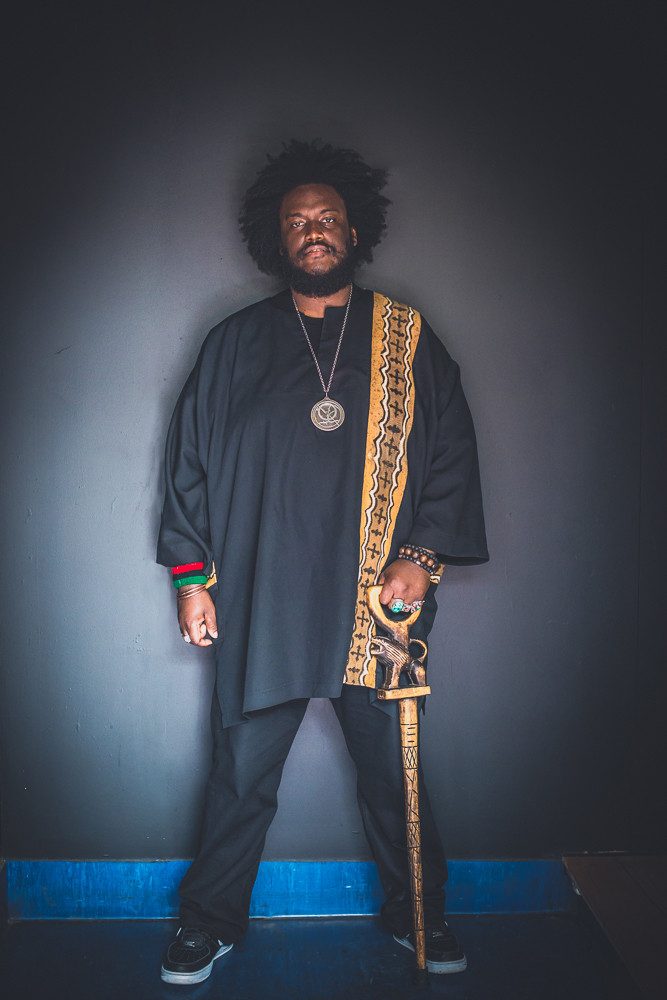 You’ve made similar statements before, saying that some kinds of jazz simply aren’t accessible to everyone. Do you see that as a problem, a challenge or something else?

I see it more as a misconception, a mistake. For myself, I was a kid and my father didn’t like jazz. My cousin gave me an Art Blakey and Lee Morgan mixtape. That song [Sleeping Dancer, Sleep On] was on it, and a couple others I really liked. All of a sudden, my mind was open to liking it. Then, the more I listened, some of it I liked and some of it I didn’t. Just like any music. I started to see how connected it was to hip-hop, rock ‘n roll, R&B. They’re just different branches from the same tree.

It’s not that it’s not accessible to [some people], it’s that they feel a pre-judgement before they really listen to it. They think it’s for a different kind of person. And some of it is! I’m sure that there’s something they’ll listen to that’s not for them. I like to think that the power of naming a genre is misused in a way. Call it jazz, but no one word can really encompass even one person’s music. It would be so hard to take a word and have it really represent all my music, let alone thousands and thousands of musicians.

I wanted to ask you to speak a little more on a beautiful comparison you’ve given before – that jazz is like a telescope, a lot of other music is like a microscope.

When I first started playing with Snoop [Dogg], I was like 19, fresh out of high school. In high school, I was really, really focused on jazz. I listened to hip-hop, but it was recreational; I didn’t study it in the way I studied jazz. Jazz is like this huge universe of possibilities, so endless in the sense that it was big. And so when I started playing with Snoop, the first thing I realised is that they never really wanted me to play anything technically difficult. But Snoop, and the people who were the driving force behind his music, like Battlecat, Soopafly, Terrace Martin – they had a way of hearing music that felt much more detailed. They didn’t look at what notes you’re playing or what beat you’re playing, that was just a small piece of it. It was how you played it, that they spent most of their time on.

Say you’re the bass player, Battlecat would spend an hour tweaking the frequencies on your amp. He’d talk to this horn player about the tone to use. It wasn’t about the beat that you’re meant to play the note on, it was what part of the beat, like chopped it up into nearly 64 places. You had to lay everything you did in this very particular way that interlocked with the way that drummer, the bass, the piano player were playing. In that sense, when I was playing with them, they were looking at music with a microscope. The cool thing that happened to me is that I took that same mentality, but it was like looking through a telescope – not a microscope – at the universe, at a subatomic level. Universes within universes. Battlecat’s been doing a couple gigs with me lately, and he’s freaking out at how free we are. He’s used to making music with a microscope, where everything is so particular and interlocking. Now he’s dealing with us, with music that‘s moving and changing so much, that he’s getting the similar sensation that I got when I was playing with him.

I don’t just find that in hip-hop and jazz. Everything I’ve played had a different perspective. None are easier or more difficult than the other, it’s just that we’re looking at something different. When I was playing with Francisco Aguabella, he was literally talking to you with the rhythms he played. Hip-hop has the same expansiveness as jazz, but it happens lyrically or when they freestyle. If Battlecat messes around on a beat, all of a sudden a whole universe opens up for him. When I listen to jazz now, I can hear that John Coltrane and Miles Davis were hearing that too. You hear the way that they phrase, the way they interact with one another. It’s not the most obvious thing, but it’s in there. 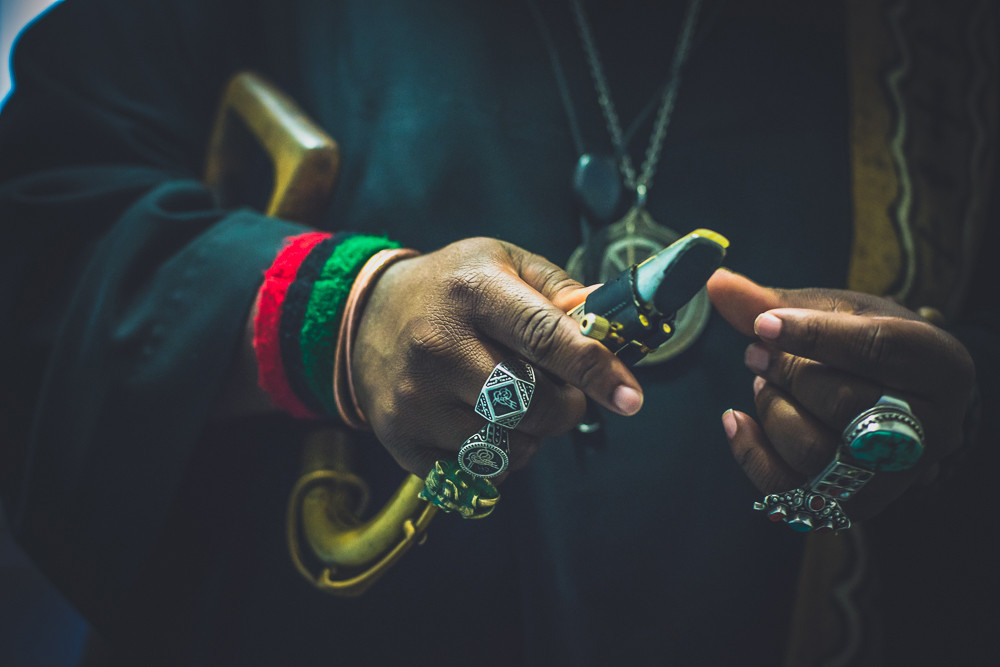