2008 was also the year that Kanye West taught me how to accept my depression as truly real.

In earnest, 2008 was an equally impactful year for Kanye West. It was the year West and his partner of six years, Alexis Phifer, called off their engagement and ended their relationship. More importantly, it was the first year of Kanye West’s life without his mother, with Donda West having sadly passed on November 10, 2007 due to complications arising from cosmetic surgery.

2008 would also be the year that Kanye West would release arguably his most divisive album, and one which would later achieve a great many accolades, including one of Rolling Stone’s 40 most groundbreaking albums of all time. It would also be the album responsible for the direction of many major artists to come, including Drake, J Cole and The Weeknd.

That album, the fourth of Kanye’s career, was 808s & Heartbreak.

Utilising Autotune throughout the album’s entirety to accompany pained vocals and expressive lyrics, along with the Roland TR-808 Drum Machine stampeding throughout, 808s & Heartbreak broke profound new ground for not only Kanye West, or the genre of hip-hop, but music as a full picture. From the album opener Say You Will, it becomes instrumentally clear that this album intended to expose the imperfections of the artist’s image, and create the most sizeable dent in the constructed walls of genre limitations that the early 21st Century ever saw, or has seen. For an album opening track, clocking in at over six minutes, Say You Will is remarkable in how it combines the sounds of so many different genres to create a coherent introduction to the album both sonically and thematically, and even more extraordinary, still, for how expressive it is. All of the pain, and the fresh resentment, of his relationship breakdown is immediately expressed; “Mrs. So Fly crash-lands in my room, can’t waste no time, she might leave soon.”

Devoid of whatever expectations might have been had for a hip-hop break-up song, instead Kanye West lays himself bare and vulnerable, humbling himself through his art; “I wish this song would really come true, I admit I still fantasise about you.”

The expression is continued on in to Welcome to Heartbreak, where West, along with Kid Cudi on the song’s hook, exposes the pitfalls of his experience with fame and success. West at his most reflective, and introspective, Welcome to Heartbreak sees him exploring thoughts of regret and doubt; “My friend showed me pictures of his kids, and all I could show him was pictures of my cribs.”

For an artist like Kanye West, sentiments such as these were largely unheard of at the time. Much has been said of the lavish hip-hop lifestyle – money, cars, real estate, women. Only on very rare occasions, and never in a manner so exposed as Kanye did, had any one artist within the genre thought to express doubts and regret at having attained fame on an entire album. Never quite so blatantly or jarringly, crooning “Chased the good life my whole life long, look back on my life and my life gone, where did I go wrong?”

Such raw conflict with the fame and success may came after the demise of his relationship and the passing of his mother, Donda. Through songs such as Welcome to Heartbreak, the guilt and grief Kanye feels is so evident. He wonders, through his art, if he had gone in a different direction, would his mother might have been alive. He ponders what he has missed out on to that point in his life, but further beneath the surface of his words, he ponders what his mother missed before she passed. Perhaps, then, this best explains themes that Kanye would later explore on album cuts such as Amazing (featuring Young Jeezy) where Kanye admits “I’m the only thing I’m afraid of.”

Outwardly, simmering on the surface of the album’s narrative, Kanye West would appear to be communicating his feelings and his response to his failed relationship. Beneath this, however, it is his grief and his inner conflict, which translates with emotionally impactful clarity. It is communicated tremendously on Coldest Winter, the album’s second to last track, where Kanye West bids goodbye to the two women who have left his life, “It’s 4 a.m. and I can’t sleep, her love is all that I can see.”

But the real war waging within West is exposed further, as he wonders aloud, “If spring can take the snow away, can it melt away all of our mistakes?”

And yet the skeleton of West’s inner sorrow is only truly stripped bare and at its most exposed on the album’s closer, a live freestyle recorded in Singapore titled Pinocchio’s Story. Here, more than any on any other song, we see him truly baring the extent of his emotion. He expresses disdain for himself, he expresses disdain for his fame. He expresses loneliness, grief, longing. He wages war with the riches and the spoils of his fame, desperate to trade them all to get back that which he has lost.

And, yet, despite all of his pain, Kanye is still forced to wonder whether he can truly feel it. Or express it. He is questioned, he is hounded by curiosity. He is haunted by his fame, by his success. 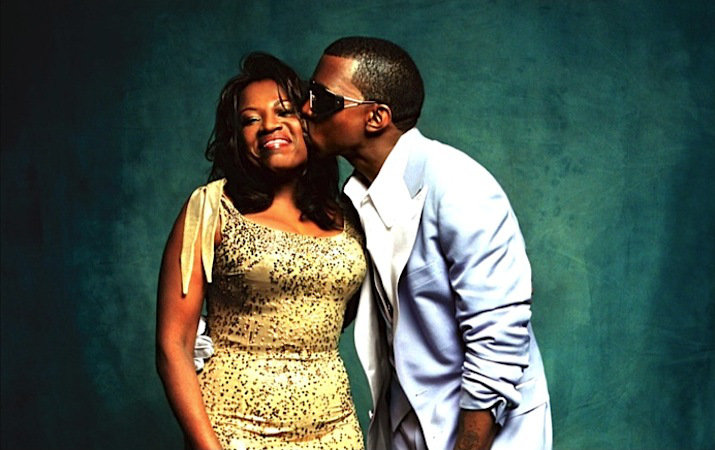 “For everybody that sees you cryin, say you oughta laugh.”

In 2008, I cried. In 2008, I almost died. I never wanted to see 2009. I never accepted that feeling that way was real, was truly real, until Kanye West’s 808s & Heartbreak was released on November 24, 2008. Before then, my depression had been an illness, not unlike the flu. Or, it was this demon, and I was awaiting its exorcism. My father had instilled in me through his rhetoric that it may well have only been ‘teenage angst’, and not worth paying any real attention to. Upon hearing 808s & Heartbreak for the first time, I finally understood that it was none of those and that it was, in fact, real life. It was my life.

“Not some facade on TV that no one can really feel.”

The journey was far from over for me. But, it’s a curious phenomenon to find that truly accepting what is real, and what is not, leads to a better understanding of how to heal. Consider it a launching point for moving forward, simply exposing yourself to reality, or being exposed. For my journey, my launching point came with Kanye West’s 808s & Heartbreak. It affirmed my connection with music, but more importantly, it exposed me to my own reality.

And to music? To music, it was just as impactful. The walls of genre, of limitations, of expectations, and even of machismo amongst male performers, they were becoming obsolete. Leading this charge against them into the new decade, and further in to the young century? Kanye West. That is 808s & Heartbreak.