We’re only two weeks away from one of Sydney’s best cultural events, Vivid Sydney. A combination of incredible light shows, music, theatre, ideas and more, it’s an amazing Sydney experience, certainly its most exciting during the winter months, and we can’t wait until it all kicks off between May 27 – June 18. The music curation only gets better every year, and 2016 is no exception. To help you wade through your options, here’s our personal picks for the most unmissable music at Vivid Sydney 2016 (in alphabetical order).

I doubt we need to work too hard explaining why Bon Iver is a must-see event. A musician’s musician through and through, Justin Vernon and co have long been considered an incredibly important part of the contemporary music world. In Vernon’s first visit to Vivid since 2012, Bon Iver will be premiering a new retrospective live show, Cercle, at the Sydney Opera House across three nights this May.

An utterly inimitable pioneer and musical innovator, Bjork is premiering a new virtual reality experience at Vivid this year, made up of seven 360 degree videos created around her stunning, heartbreaking 2015 album Vulnicura. Bjork herself will be DJing at the event’s two opening nights, while the exhibition, including a chance to experience the virtual reality productions, will be free throughout the entire festival.

It’s no secret that we’re currently living in the Golden Age of Australian hip-hop, and this year, Come Together Festival returns to Luna Park as part of the Vivid celebrations. The night is set to showcase the best in local hip-hop, including Drapht, Illy, Spit Syndicate, newcomer Manu Crook$ and a tonne more. And if you get in early, the Luna Park rides are free from 1 pm!

Curve Ball is a really exciting new event that focuses on innovative, boundary-pushing electronic producers from Australia and beyond. Headlined by the mysterious and incredibly talented LA producer Zhu, you can also look forward to sets from Yuma X, Basenji, Cosmo’s Midnight, Elk Road, Nicole Millar and more.

San Francisco five-piece Deafheaven are set to storm the Opera House with their explosive, intricate and all-round stunning sounds this June. While a mixture described as “black metal, post-rock and shoegaze” may not sound appealing to everyone, trust me on this one: their incredibly unique, showstopping live performance, at which they’ll be showing off their recent album New Bermuda, is worth checking out even if metal isn’t your usual thing.

Goodgod Small Club may have sadly shut its doors last year, but the Super Club lives on once more in a very special Vivid Sydney showcase. Across four magical nights, the Opera House will revive the revered parties in a mega way. Featuring Joey Labeija, Junglepussy, Mike Who, Simon Caldwell and many more, any Sydneysider who spent their weekends sweating it up in that boxy backroom should make these shows a Vivid must-see.

I’m a long time fan of hip-hop club night Halfway Crooks, which recently celebrated its seventh birthday. It’s joining forces with Caribbean night Dutty Dancing to come together for a special joint edition of the long-standing parties. Taking place at its long term home of Plan B, formerly Goodgod, get down to enjoy the best of both worlds: hiphop and dancehall, finally together at last. 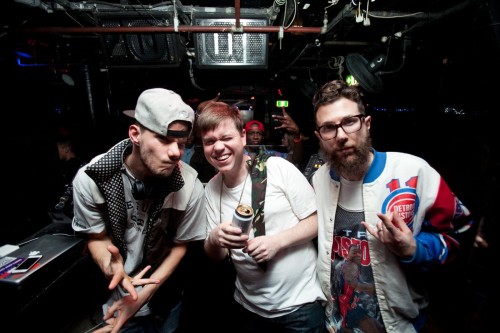 Heaps Gay is once again set to take over Marrickville across the Queen’s Birthday long weekend, with wicked performances in store from Collarbones, The Blow Waves, Rainbow Chan with Moon Holiday and Corin, Yo! Mafia and the Heaps Gay Twerk Team and plenty more, including legendary organisation Heaps Decent, who work with young people from underprivileged and disadvantaged communities.

When: June 12, 4pm – midnight
Where: The Factory, Marrickville
How much: From $45
Tickets and more info here

Hiatus Kaiyote with Sampa the Great

Grammy-nominated Hiatus Kaiyote are easily one of the most unique, exciting Australian acts around right now, and Sydney rapper Sampa the Great is by far my personal favourite Australian hip-hop artist today. For them to come together on the Opera House stage is an absolute dream come true for any fan of fluid, stunning jazz, soul and hip-hop. Absolutely not to be missed.

When: May 31
Where: Sydney Opera House
How much: From $49
Tickets and more info here

Certainly the most unique musical performance of Vivid, this is a one-of-a-kind experience if ever there was one. Max Richter is set to perform his 31 track, eight-hour album Sleep alongside a six piece ensemble at the Opera House, in what might be the most experimental sleepover of all time. A combination of neuroscientific research and classical composition, this is an intimate performance with space for less than 200 people – and yes, individual beds are included.

When: June 3, from 11pm
Where: Sydney Opera House
How much: From $99
Tickets and more info here

This is a really special showcase of the best in upcoming and established female artists within electronic music. Woohoo! The all-Aussie lineup features some of our favourite names, including Rainbow Chan, GL, BUOY, Habits and more. Sure, production and DJing may have once been considered a man’s game, but that’s a laughable concept these days – and these incredible women are about to show you exactly why that is.

Since its inception a couple years ago, monthly hip-hop outing One Day Sundays has quickly become one of the most beloved events in any Sydney hip-hop head’s calendar. It’ll be holding a special event during Vivid at The Factory in Marrickville, with music from resident One Day DJs Nick Lupi and Adit, plus guests including Aslan, Levins, Klasik and Liz Bird. 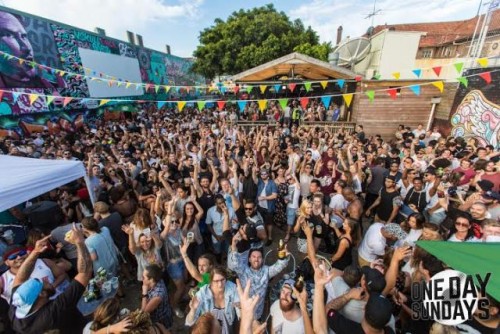 Poliça are an incredible band with stunning, renowned live performances, reportedly described by Justin Vernon as “the best band I’ve ever heard.” Off the back of their recently released album United Crushers, the band – which includes two drummers, by the way – are bringing their ethereal, richly atmospheric blend of electronic, indie rock, pop and more music to the Opera House this year. Read our interview here.

I can personally guarantee that any Sydneysider over the age of about 24 spent many a late, debauchery-laden, unforgettable night at Purple Sneakers, most likely when it was held at the now defunct-Abercrombie hotel. For one night only, head on to the Gladstone to celebrate its tenth birthday in style, with music from World Champion, Indian Summer, Moonbase Commander, Purple Sneakers DJs and plenty more. Oh, and it’s free entry!

When: June 18, 7pm – 3am (no lockouts!)
Where: The Lord Gladstone, Chippendale
How much: FREE
More info here

Visions is set to return for Vivid, set to take over both Fredas and the Lord Gladstone in Chippendale. The event – which is free entry, is set to showcase some of the best and brightest in Sydney’s greatest live artists, including Kirin J Callinan, Montaigne, Gideon Bensen (ex-Preatures) and stalwarts Deep Sea Arcade, who have curated the entire event.

When: June 4, 12 pm- late
Where: Fredas and The Lord Gladstone, Chippendale
How much: FREE
More info here

Check out the entire Vivid Music program, as well as Vivid Lights and Vivid Ideas.