The release of the last known material from legendary rapper J Dilla before his early death in 2006, Dilla’s long lost vocal album The Diary, has now been announced. The announcement was made by Nas on Zane Lowe’s Beats 1 show, and also in a press release stating:

The Diary is comprised of the material recorded by J Dilla around 2002, under a solo deal with MCA Records. The recordings were shelved indefinitely, and have as yet never seen the light of day. Though often remembered for his work behind the scenes as a producer, The Diary features vocal performances Jay Dee himself as well as Snoop Dogg, Bilal, Kokane, Frank and Dank, Nottz and Boogie. 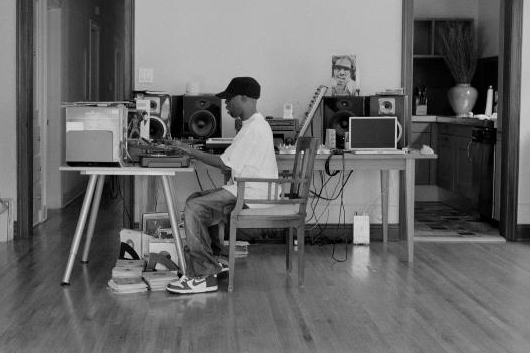 The press release also reiterates the extent of Dilla’s legacy, and the impact of the records he put out during his lifetime.

“The musical landscape has shifted mightily in the wake of J Dilla’s final album. Donuts’ release and Dilla’s subsequent death in 2006 forced a critical and fan-level re-examination of his work and importance on the global stage. Throughout his career J Dilla created or aided some of the music industry’s brightest – D’angelo, Erykah Badu, Common .

After Donuts, the likes of Kanye West and Pharrell Williams could be heard echoing words read on a fan’s shirt from one of J Dilla’s last European tours in 2005: “J Dilla Changed My Life.”

They were not the only ones: Justin Timberlake opines openly that the world needs more Dilla. J Dilla became a critical signpost for these stars, and others: the archetype figure that birthed everything they loved and cared for in hip-hop.”

A sentiment echoed by Nas, who commented of Jay Dee’s legacy; “His was the one that was still emerging. It was still growing.” The show also aired the lead track from the album, and you can stream the first taste of the The Diary below, entitled Introduction.

The Diary will be released April 15 via Mass Appeal Records.