For as long as I can remember, I’ve loved Destiny’s Child. Seeing the film clip for Say My Name, with the changing lounge rooms and colour schemes, changed my life. I was 6 and watching Rage on a Saturday morning, a tradition my father strongly encouraged for my sister and I, and was instantly hooked. Little did I know that moment was the start of a life-long love of all things Destiny’s Child, and of course, Beyoncé.

The song in question is taken from Destiny’s Child’s second album, The Writing’s On The Wall, but its also their most important. Although I was too young at first to understand the messages and themes in the record when it first came out, it is a record that I have revisited countless times over the years, and with each listen it teaches me something new. It’s a record that is about fierce independence, and asserting yourself as a powerful and ambitious person who is not dependent on a relationship to make you happy. Refusing to accept the bullshit that often plagues relationships, the DC ladies weren’t having any of it, and now they were laying it down on their record – a record that would go onto sell 10 million copies worldwide.

Starting off with Intro (The Writing’s On The Wall), the opener announces why we are gathered here today: to hear the commandments of Destiny’s Child. “It’s so unfortunate, so unnecessary for us to end up with broken hearts,” LeToya says, sounding like the Godfather, before Kelly agrees, saying “Relationships aren’t like the old days.” Their mob accents are pretty poor, but the message is clear: they’ve been through some shitty relationships and now they’re done. If you follow the commandments of Destiny’s Child, you’ll avoid these “mishaps” such as cheating, backstabbing and hating; “the writing’s on the wall,” as Beyoncé says before So Good starts.

From here, we are educated by the four on how to navigate modern relationships in a way that sees gender roles reversed, and the idea of the submissive woman, that had long been accepted as the way to behave, dismissed. These ladies had been screwed over one too many times and now they were seizing their platform to put an end to it. At the time that this record came out, Destiny’s Child were competing with the likes of TLC and Blaque, as it was the peak time in girl group/boy group world domination. Coming out just months after TLC dropped No Scrubs, the tide was turning from women sitting in their houses pining after men, to not really needing them at all. But for Destiny’s Child to release an entire album catered to this notion, with absolutely no restraint in calling out the players and the haters – well, it was pretty much unheard of.

Following a few simple rules, or commandments, the band not only targeted the way that men were treating women, but the way women were treating themselves. Addressing a few key problems such as the fact that women can be just as shady as men (Temptation, Confessions, and Jumpin, Jumpin), as well as the tale as old as time about breaking up with someone then getting back with them straight away instead of standing your ground (Now That She’s Gone), Destiny’s Child aired out modern dating under a cruel, unforgiving spotlight.

For many of the years, I was too young to know the real meanings behind these songs, but I was old enough to receive the messages. Like on So Good, under the commandment “Thou Shalt Not Hate”, the ladies aren’t ashamed of being successful and are calling out those who may be jealous or try to run them down: “This is for them haters that said we wouldn’t make it/ Now we doin’ platinum now you can’t take it.”
On Now That She’s Gone, Beyoncé sings the line, “Oh now you’re taking me for granted/ But you only get once chance/ Then you left me hurting/ And it won’t happen again.”
Even on Bills, Bills, Bills, the lyric “You triflin’, good for nothing type of brother/ Silly me, why haven’t I found another?”
It was this independence that constantly hit home for me, despite age or circumstances. They’re so bold, so angry and so okay with being that way. It was this that helped shape me into the bold, angry and okay woman I am today.

It is also interesting to note the fact that girl groups weren’t exactly taken seriously, and were often seen, not heard apart from their records. The Writing’s On The Wall again reversed that role, as the concept album came out of left field. The commentary at the end of each song, introducing a new one with a new commandment was a move that no one would have expected from a girl group, but here they were ending their powerful RnB tracks with commandments like “Thou Shalt Not Hate” and “Thou Shall Get Your Party On”. Four African American girls from Houston, not only having a record that tore down men and the way they treat women with every chance they got, but also one that was progressively produced and had more thought put into it than just a record with a few hit singles? It was a game changer!

Although people may find it exclusive, the fact of the matter is that it’s not for everyone. It’s for the ladies, and for those who are sick of being treated like shit by their partners. It’s an insight into the plight women face trying to navigate the dating world, and it’s four women standing up for themselves and everyone else saying “No more.” Not was this targeted towards women everywhere, but it also paved the way for even more feminist anthems such as Survivor and Beyoncé’s entire solo career. This is the album that threw everything up in the air and saw the girls land front and centre on the world stage. It’s empowering, it’s important and it’s a lot of fun too.

My two favourite tracks, as obvious choices as they may be, are Say My Name and Jumpin, Jumpin. I listened to those songs on repeat on my walkman for years, scratching them from dancing along so many times. No matter how many phases I went through with music, these two songs have always, and will always be two of my favourites. Beyoncé’s voice was like nothing I had heard before, and hearing her voice soar on both when you’re in grade 1 and 2 are pretty electrifying experiences. People often talk about how they don’t like Beyoncé, but there is something about her that I cannot deny. These songs made me realise my love and adoration for Beyoncé (back when she was actually referred to as Beyoncé Knowles), and that led to the total inspiration and empowerment I get from her every day. I don’t care what anyone thinks about her or her “brand” of feminism, her brand of feminism speaks to me and taught me to love myself and of the values and importance of sisterhood – something that gets more and more important to me as I get older.

Thou Shalt Not Hate

Thou Shall Pay Bills

Thou Shalt Not Bug

Thou Shalt Not Give Into Temptation

Thou Shalt Not Think You Got It Like That

Thou Shalt Not Leave Me Wondering

Thou Shalt Know When He’s Got To Go

Thou Shall Move On To The Next

Thou Shall Get Your Party On

Thou Shall Say My Name

Thou Shall Know She Can’t Love You

If Thou Can Wait, Then Thou Shall Stay

Thou Shall Cherish Life

Real words to live by. 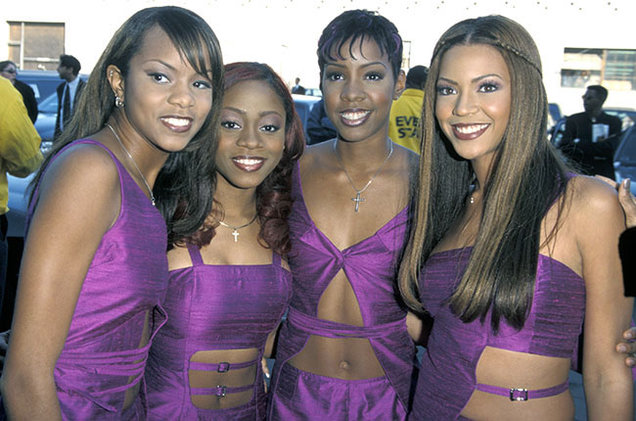