On August 14, Universal will release Straight Outta Compton, the biopic that tells the story of rap supergroup N.W.A. There’s also been chatter about a Tupac biopic to begin filming this June. It’s maybe surprising that we haven’t seen more hip hop biopics, considering how well rappers’ stories lend themselves to the big screen. There’s the rags to riches elements. There’s violence. Drugs. Sex. Not to mention a guaranteed killer soundtrack.

In prep for Straight Outta Compton we take a look at some of the lessons we’ve learned from hip hop biopics so far.

A hip hop biopic makes for the ultimate rags to riches story. Going from extreme poverty to extreme wealth, all overnight, and any film audience loves to root for an underdog. It’s classic Hollywood formula – the hero overcomes insurmountable odds to claim his reward. Unfortunately for screen writers, the journey that rappers embark upon before – and after – obtaining their rewards are much less heroic, and much less family-friendly. Many sell drugs to their neighbours to make their money, and there’s violence galore. And once they make their millions, instead of giving back to the community from which they came, they choose to live a life of mind-blowing excess. The stories of Biggie and 50 Cent are much closer to Tony Montana than Robin Hood. Heroes they ain’t.

So writers have to move heaven and earth to make these cold-hearted killers and dealers even mildly likeable for a full 130 minutes. They do this by trying to make every other minor element of their lives honourable.

So in the opening scene of Get Rich Or Die Tryin’ 50 Cent is doing a bit of casual armed robbery. We see that some of his associates are violent sociopaths, but not 50. 50 calmly explains to his hostages that he would never hurt anyone. He’s a pacifist at heart. Sure, he’s  perfectly happy to steal their livelihood and subject them to fear and humiliation – but he’ll never hurt them!

Similarly, 50 is a lover of Shakespearean proportions. Despite the legions of women who throw themselves at 50, he is always true (in his heart) to the girl next door. And he would never cheat on her. Cheating is wrong! Selling drugs to his neighbours on the other hand, and being personally responsible for the addiction and destruction of his own community, is not such a hang-up for old 50. He is a man of principle. 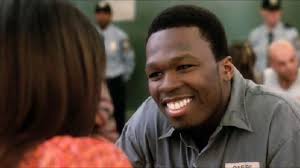 Even 8 Mile tries to gloss over some of the moral defects of its protagonist. He’s anti-gun and cares deeply for his younger sister. In one scene, B-Rabbit shows he’s a card carrying GLAAD member, sticking up for a gay construction worker. The scene is great, but it’s completely at odds with Eminem’s unequivocal lyrics in Criminal: “Hate fags? The answer’s ‘yes’.”

In Notorious, Biggie is appalling to his first wife. He even cheats on his second. But he would never, ever, never do anything to upset his dear old mamma. That’s a really admirable trait in a man: obsession with his mother. “We can’t change the world unless we change ourselves,” someone mutters pointlessly at one stage. This message sounds deep, but Biggie fails to change the world at all. All that Biggie does for the course of the film is strive to be richer and more famous. It implies that money, power and sex are the rewards that the righteous deserve.

You can already see this type of moralising happening in the Straight Outta Compton trailer. “What a lot of people don’t realise about NWA, it’s non-violent protest” says Ice Cube. Umm, what? I failed to pick up that message in Fuck The Police. “Beat a police out of shape, and when I’m finished, bring the yellow tape, to tape up the scene of the slaughter,” is one memorable line from Cube. Later, after the LA riots, Jerry Heller suggests that the group has the “power to change things.” He doesn’t explain how.

Of course there was an element of NWA that was political. (His name was Ice Cube.) And of course there’s a message implicit in Fuck the Police of defying horrendous police brutality and profiling. But it’s ridiculous to suggest that the legacy of NWA was using hip-hop for political agitation. That’s the legacy of a completely different rap group – Public Enemy. The legacy of NWA was the popularisation of ‘gangsta rap’. In fact, in many ways, NWA was the antithesis of Public Enemy. NWA is famous for glamourising and glorifying the gangsta rap lifestyle, drug dealing, misogyny and violence. Any attempt to say otherwise is revisionist. No doubt there’ll be a scene where MC Ren volunteers at a women’s shelter, or Eazy-E encourages safe sex. 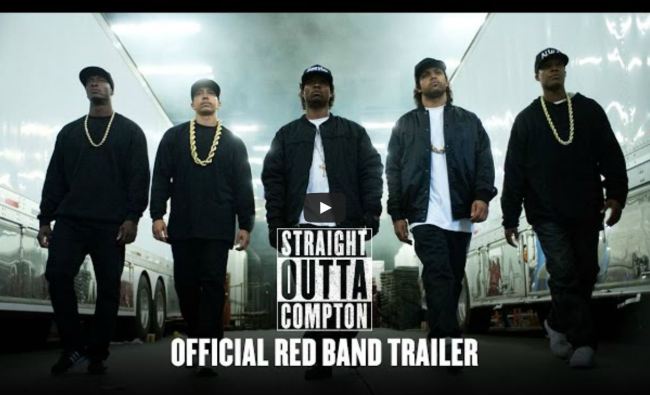 NWA prepare for a stint at the Animal Rescue Shelter.

2. Try and use the artists’ music

Aaliyah: The Princess of R&B is remarkable for the dogged persistence of the movies’ producers, who managed to make a biopic without obtaining the rights to a single one of her songs. The courage of the producers is admirable. In a case of life imitating art, the whole thing smacks of the NBC Janis Joplin biopic (on 30 Rock, that is,) which after failing to acquire the life rights, had to be changed to Jeanie Jimpler, and then finally to Sing Them Blues: The Jackie Jormp-Jomp story. Jack Donaghey expresses surprise that “not having the life rights, or any Janis Joplin songs was a negative for audiences.”

This leads to the absolutely mind-bending result of watching her meteoric rise to stardom without hearing a single one of her songs. In the scene where the young starlet prepares to lay down a track for speculative record execs – you might expect to hear one of Aaliyah’s classics. Maybe Are You That Somebody?, Try Again, or One in a Million. One of the iconic songs that is so associated with the singer that just hearing it makes you think fondly of her. Instead we get a Marvjn Gaye cover. That just makes me think fondly of Marvin Gaye. Not only does it create no nostalgia, but it literally makes no sense in the context of her recording her first studio album.

This leads to the golden rule of hip hop biopics: if you’re going to tell the life story of a musician, try and include at least one of their songs.

Get Rich or Die Tryin’ also contains very little music. There’s no rap battles. 50 barely even steps behind the mic. Would anyone in the audience have really cared if we were told that Marcus’s first song just happened to be called In Da Club? Probably not. Instead of making use of 50’s talents as a musician, the director chooses to tell a lukewarm Scarface –both leads in both films are barely intelligible. Notorious succeeds because it’s soundtrack is the just The Best of Biggie Vol. 1.

And then there’s 8 Mile. There’s nothing exploitative about the use of hip-hop here. Director Curtis Hanson shows us a world steeped in hip hop, affected by it. The crew listen to Shimmy Shimmy Ya in Jimmy’s car as they discuss hip hop legends and the final rap battle is done over an unforgettable Mobb Depp beat. There’s even Ten Freak Girls Inside the Chin Tikky the greatest non-song ever put on film. We can only hope that in the fictional 8 Mile universe, Sol George went onto to enjoy one-hit wonder status with the club remix of that freestyle. 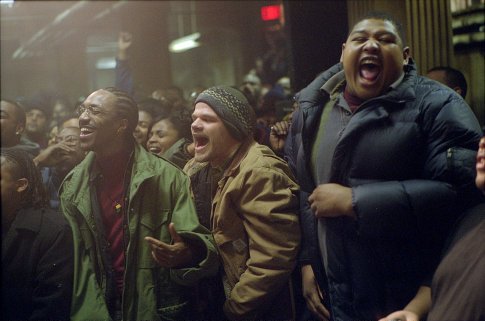 And what are the actual odds that Eminem is able to produce his magnum opus, just in time for his feature film? How much would Get Rich or Die Tryin’ have been improved if it was the first time anyone had ever head In Da Club? Instead we are given the anthem that sums up both the film, and Eminem’s entire career. The iconic guitar riff makes this different from a classic rap beat. The whole thing has the feel of pressure about to burst. Just like B-Rabbit himself, who’s about to blow. It’s completely deserving of the first rap song to ever win an Academy Award.

3. Try and get lookalike actors

This means that you can’t just have your pick of actors. Denzel Washington can’t play Suge Knight. Terence Howard won’t get away with Snoop Dogg. Strangely enough, Paul Giamatti is absolutely perfect as Jerry Heller. So you’ve got little choice but to pick from a group of individuals whose sole accomplishment in life is nothing more than looking like someone famous through freak coincidence.

Notorious works overall because of the solid physical resemblance between Jamal Woodward and Biggie. The illusion succeeds at the outset, and that’s the hardest part. From here it’s a boon that Woodward is also a very capable actor, accurately capturing Biggie’s affectations. The fact that he is also a rapper probably helps too.

The same cannot be said for Princess. You have to wonder whether the casting team were ever directed to say, a photograph of Timbaland or Missy Elliot. You’ll give yourself a brain aneurysm trying to pretend that the skinny light-skinned man with the beard is Timbaland – who is very much alive and pictured in the media regularly. The two actors hired to portray the musicians should have been required to wear placards, so as to constantly remind the audience of who exactly they were supposed to be. That’s to say nothing of the bizarre ‘shadeism’ of the casting.

The abysmal casting decisions spawned a litany of hilarious memes. 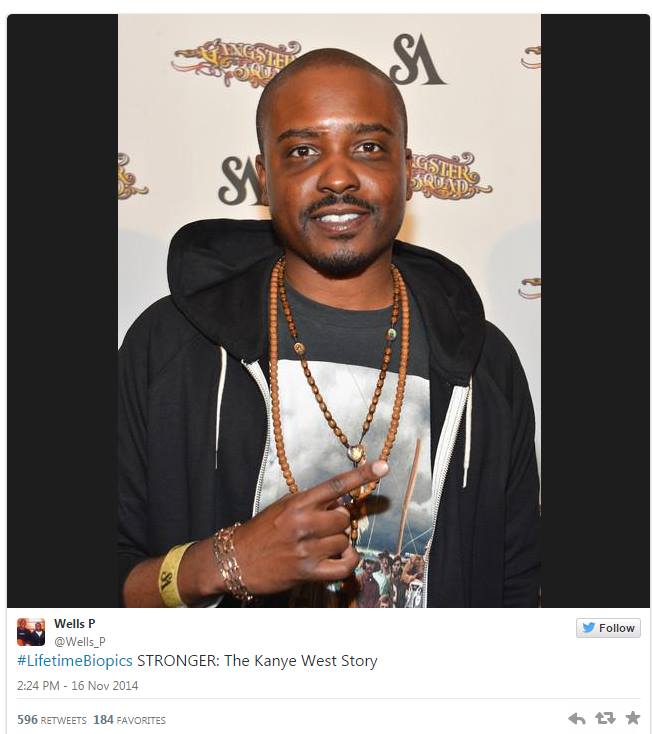 Of course 8 Mile and Get Rich can’t possibly suffer from this problem as the rappers plays themselves. But I can’t help but think in the case of the latter, the film might have been greatly improved, if like anyone else, had played the role of Marcus.

Anyway, let’s hope that the lessons learnt will be reflected in the upcoming NWA film. Judging by the controversy already surrounding it, it’s sure to be wild ride nonetheless.