When it comes to contemporary art and culture, the Sydney Opera House is in a league of its own. From hosting an array of incredible shows from the likes of Bon Iver, The National, Deafheaven, Sleater-Kinney and Hiatus Kaiyote to TED Talks, specialised lectures, and exclusive cinema screenings, the traditional venue has become a hub of contemporary cultural activity over the past two decades.

Now, the venue is expanding further into the realm of audio information, today announcing the interview-based It’s A Long Story podcast.

Similar in format to television programs like Australian Story, the program sets to unpack what made influential individuals decide to follow their convictions and pursue their ambitions.

Hosted by award-winning journalist Hamish Macdonald, the first season of the podcast launches this month and will include nine interviews with influential individuals like the great Henry Rollins, Alicia Garza, co-founder of the #BlackLivesMatter movement and Jesse Bering, author of the critically acclaimed novel Why Is The Penis Shaped Like That? Additionally, the music for the Podcast is also composed by Hrishikesh Hirway, creator and host of Song Exploder. 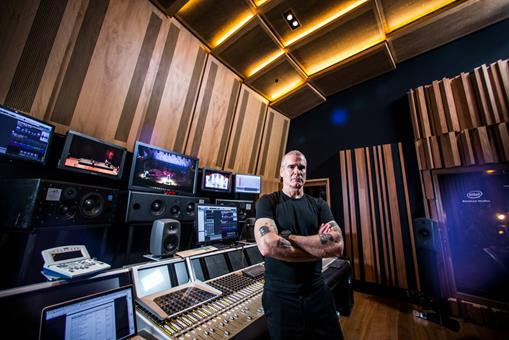 Head of International Development and co-curator of the Festival of Dangerous Ideas Daniella Harvey says of the podcast that the Opera House is “a place of discussion of issues of local, national and international importance… It’s A Long Story is a way of telling the stories behind the stories on our stages.”

Podcasts have become a staple of the cultural landscape of today, with Laura Marling launching her own series earlier this year to document sexism and the challenges faced by women in the male-dominated music industry.

It’s A Long Story expands well beyond the musical sphere, but the cultural treasures that it no doubt holds are incredibly exciting.

Listen to the first podcast here: