A report released today by the New South Wales Bureau of Crime Statistics and Research (BOCSAR) suggests that Sydney’s lockout laws are to blame for an increase in violence at The Star casino and in the surrounding suburb of Pyrmont.

The research is based on an analysis of trends in police reports about criminal incidents that occurred in the area from January 2009 to December 2015. It also included a narrative analysis that considered descriptions of each incident, offering further details about the nature of the assault and the people involved.

It found “the number of assaults in The Star casino precinct was significantly higher in the post-lockout period, even after controlling for seasonal effects and any pre-existing trend.”

“The majority (66%) of assaults in Pyrmont were common assaults (the least serious form of assault), occurred on either Saturday or Sunday (73%) and were judged by police to be alcohol-related (73%).”

So alcohol-fuelled violence obviously occurs at casinos as well but we’re still waiting on a satisfactory explanation for why The Star and a number of other venues were exempt when they clearly face the same issues as bars, clubs and live music venues. I wonder if Mike Baird will finally admit that the lockout laws are unfair, opportunistic and don’t actually solve the problem they were implemented for. 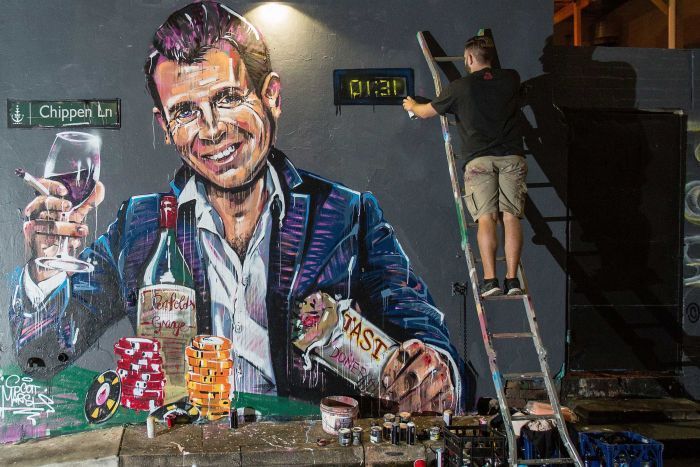 No doubt #CasinoMike will jump on the fact that the Director of BOCSAR, Dr Don Weatherburn, noted the increase in assaults at The Star was relatively small when compared to the reduction in assaults at Kings Cross and CBD entertainment precincts but we already know that’s because there’s no one left to be assaulted.

A review into the lockout laws is currently underway to be presented to the Government in August. Hopefully they’re ready to listen to the people, musicians, one punch victims and business owners who have been directly affected by these laws and want them to be repealed.

Stop punishing the majority of normal, fun-loving, non-violent people for the mistakes of a very small percentage of ignorant dickheads. Hit them with harsher penalties or teach them early on that violence is not okay, don’t just slap us all with an early bed time and hope that the social and cultural problems will disappear on their own.