Words and photos by Nat Kassel

On Saturday Reclaim the Streets happened again. At least 1000 people congregated at Town Hall and marched through Darling Harbour to The Star casino, where they placed a massive Styrofoam turd at the entrance.

The protest was yet another example of Sydneysiders expressing their contempt for the lockout laws, which don’t allow patrons into venues after 1.30am and prohibit alcohol sales after 3am.

Most Sydneysiders regard the lockout laws as “unjustified” and feel the government has handled the situation inadequately, according to a survey published on Thursday by the Socialites.

Protesters were particularly critical of the government for exempting The Star casino from the lockout zone.

“It’s obvious to everyone the casinos have bought themselves an exemption to the lockouts,” says the Reclaim the Streets Facebook page.

The Star (formerly Star City) donated millions of dollars to both major political parties between 1998 and 2011, before the NSW Government banned donations from liquor, gaming and tobacco companies.

In spite of all the heavy feelings of government betrayal, the protest was more like a party, with scores of people dancing, drinking and hula hooping their way through the city. It almost felt like another Mardi Gras, with dozens of turntables and sound systems being wheeled through the city like floats.

After the Styrofoam turd was dutifully delivered to The Star, the festivities settled in Pirrama Park, where booze flowed and tunes were pumped into the night. 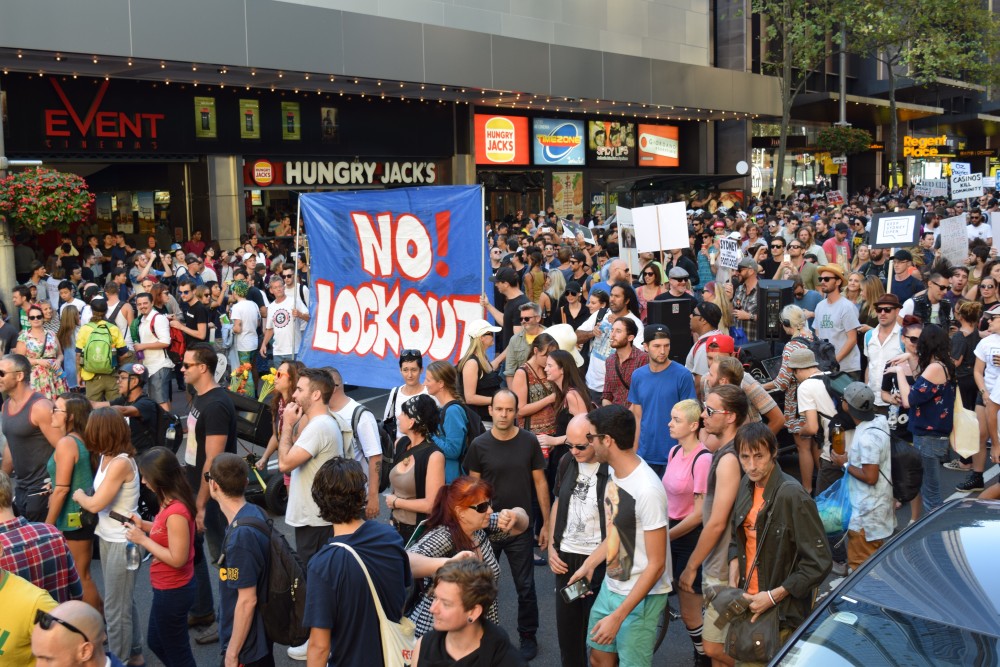 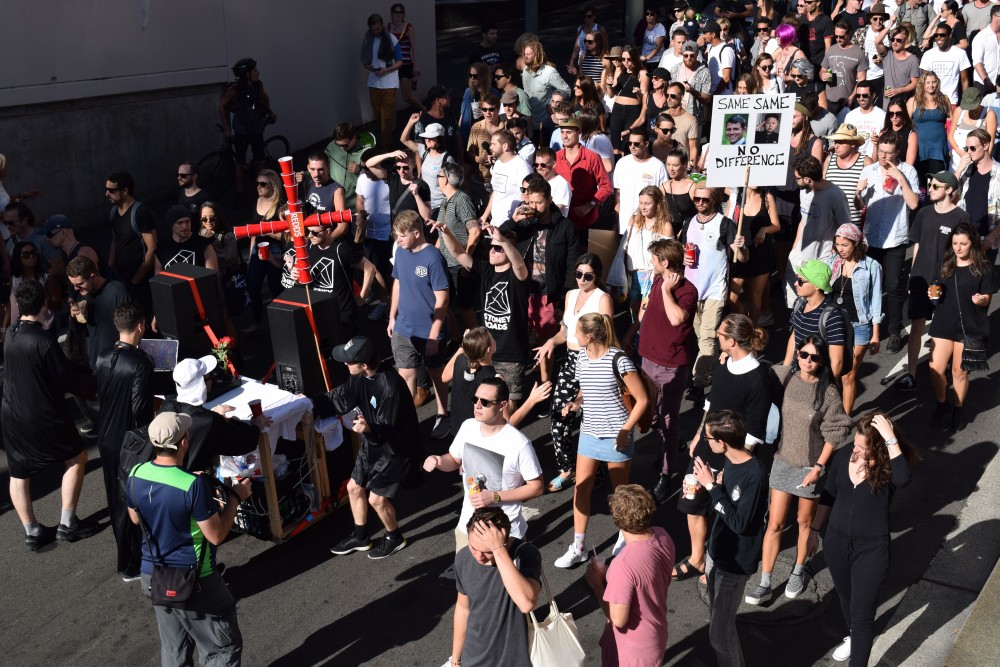 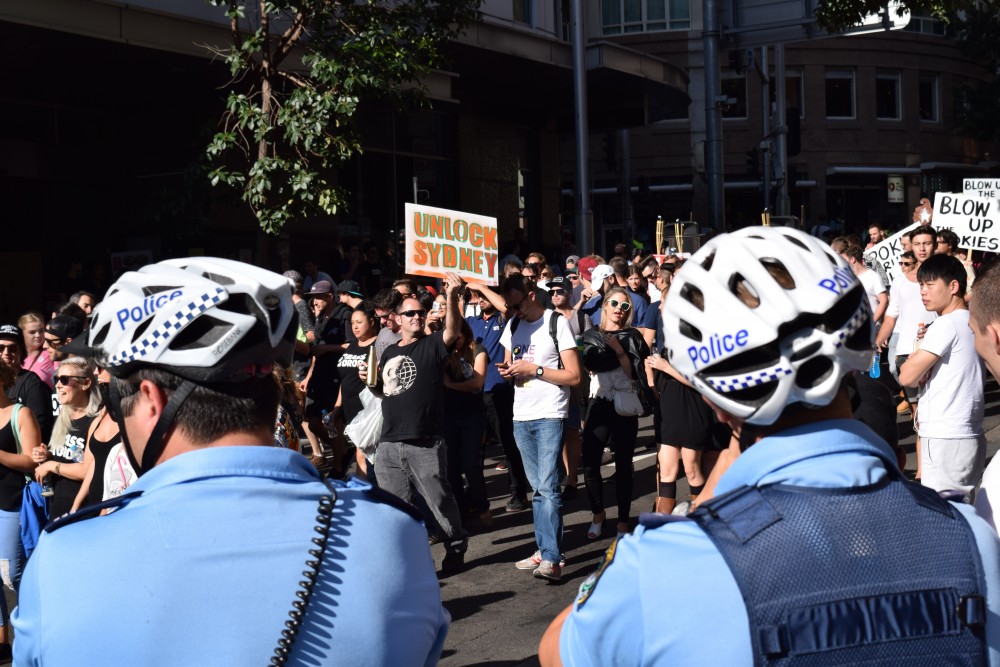 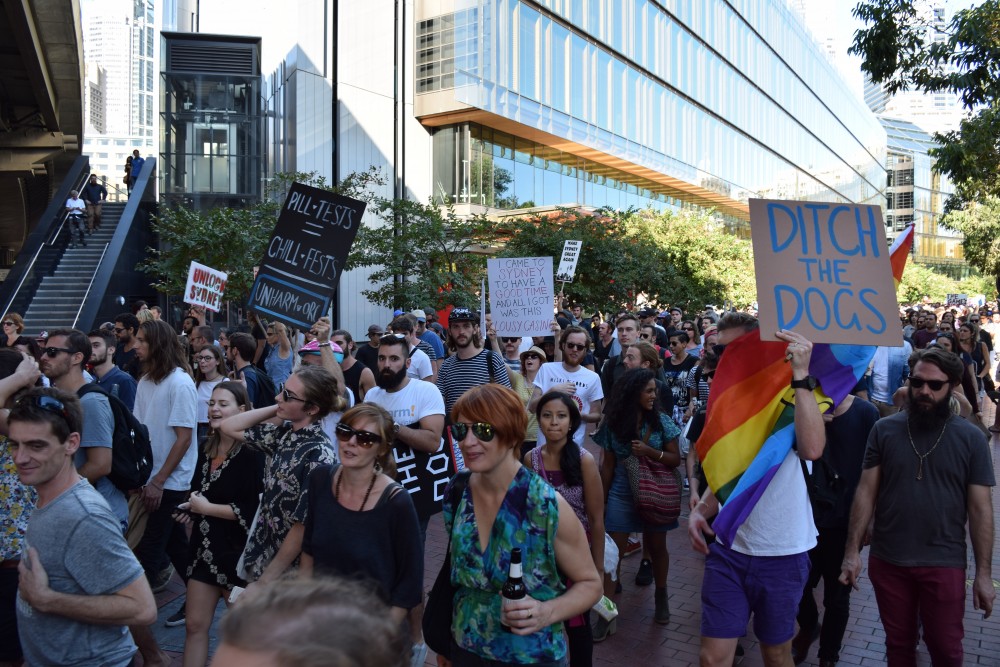 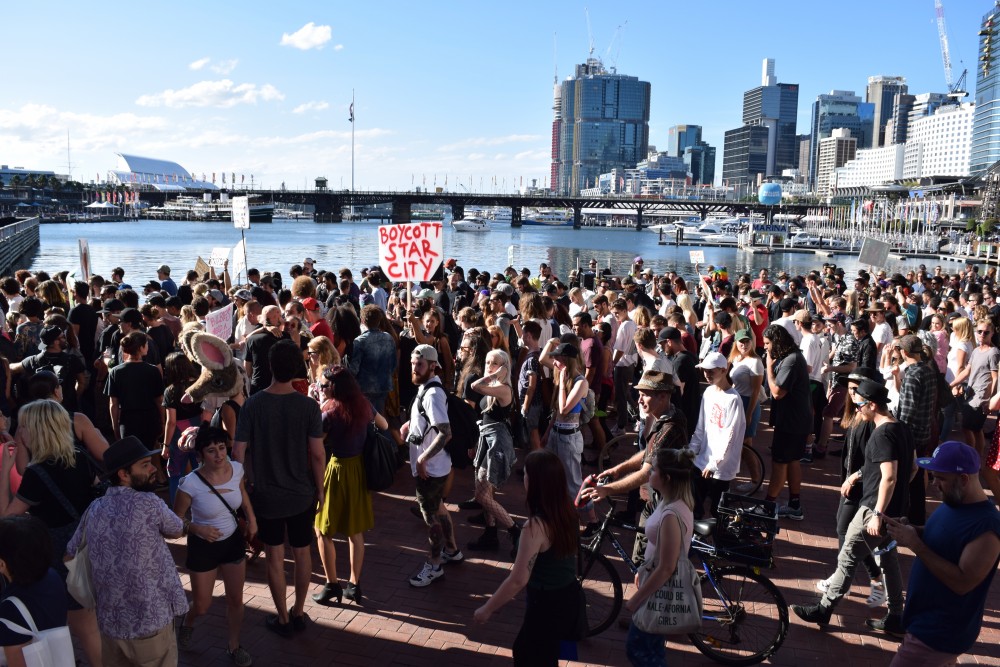 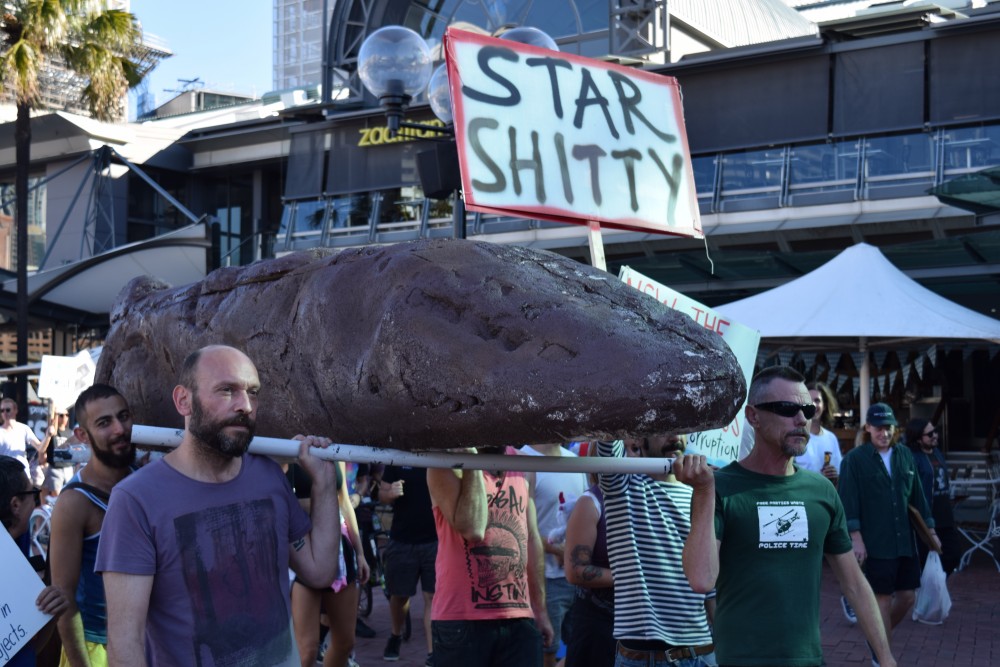 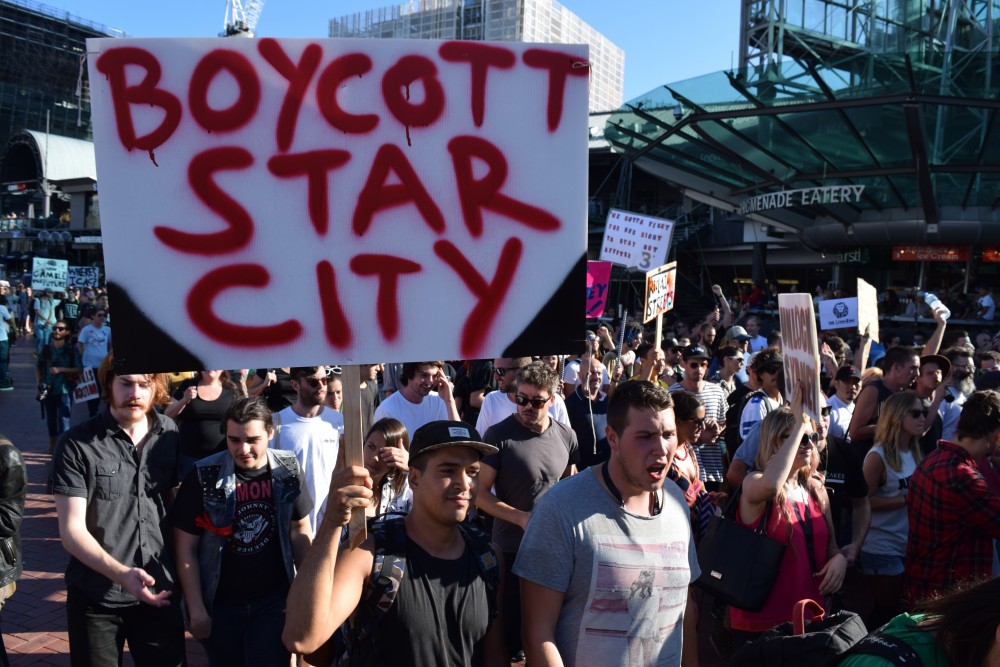 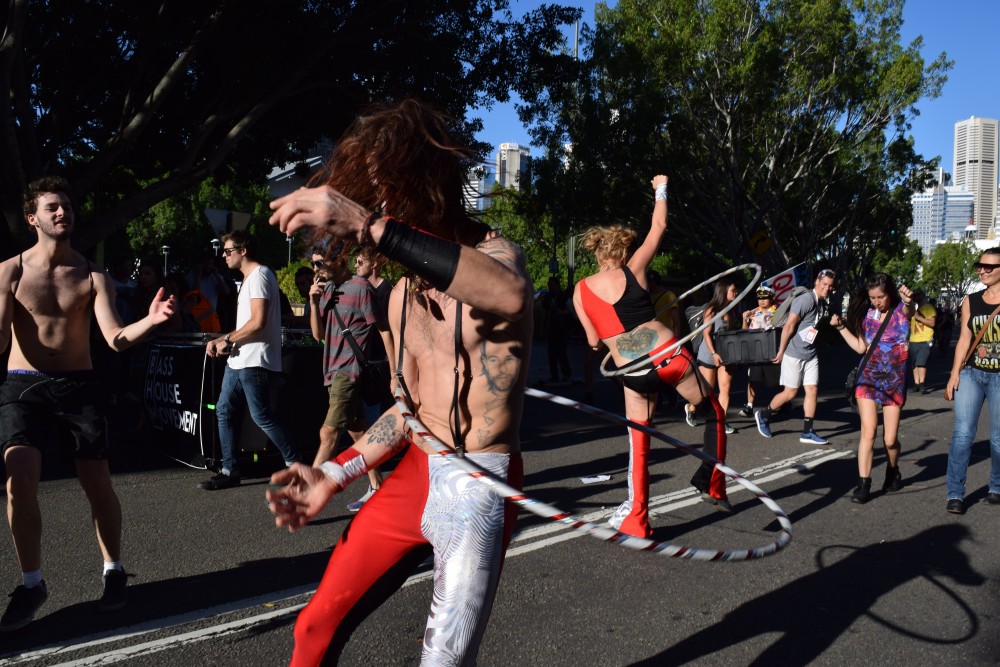 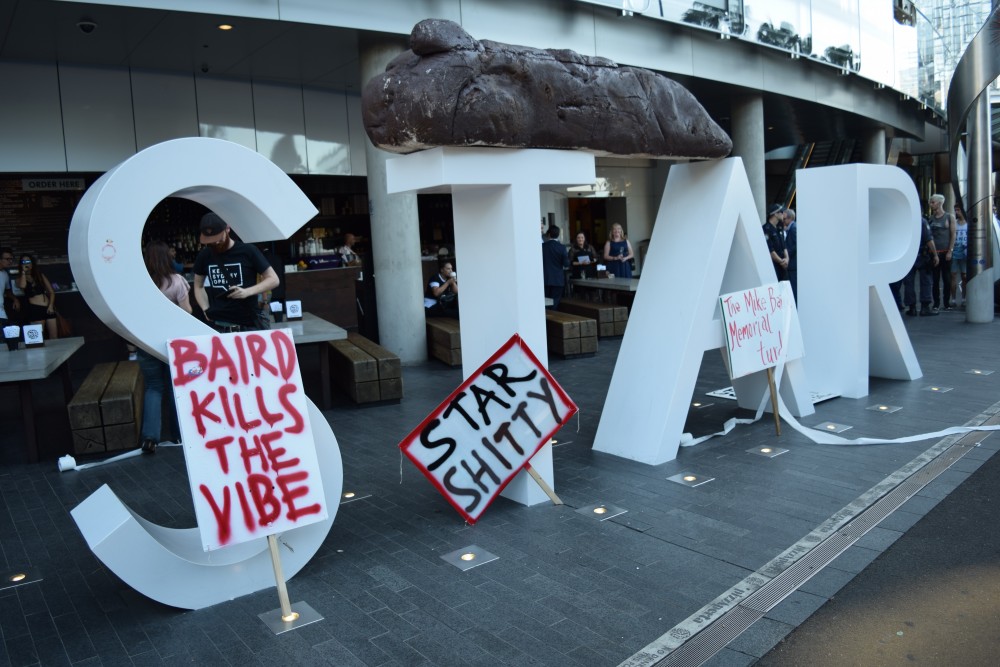