Sydney band Tigertown are just under a month out from their full national tour, but not before they are set to wow audiences in Austin, Texas for a little festival called SXSW. This also comes hot on the heels of a US tour supporting St Lucia, as well as a few sold out headline shows for themselves, all off the back of their now-released comeback EP, Lonely Cities.

The good news doesn’t stop there though. Having been picked up by tastemakers blogs around the world (us included, if we do say so ourselves), the band have just reached 1 million streams on Spotify, and the coveted #1 spot on Hype Machine. Talk about coming back in style!

Clearly eager to get back to home crowds, the band have today announced a competition for their burgeoning fan base. Calling on the creative people out there, Tigertown are after one lucky person to design their homecoming tour t-shirt, with 50% of the profits to be donated to a charity of the winner’s choice. In addition, the winner will receive a signed limited edition 10″ vinyl of the “Lonely Cities” EP, and a double pass to their closest show.

To enter, send your design with 25 words or less about the charity you’d like the proceeds to go to and why to competitions@tigertownband.com. Entries are now open and will close midnight AEDT on Friday March 1. The winning design will be announced shortly after. 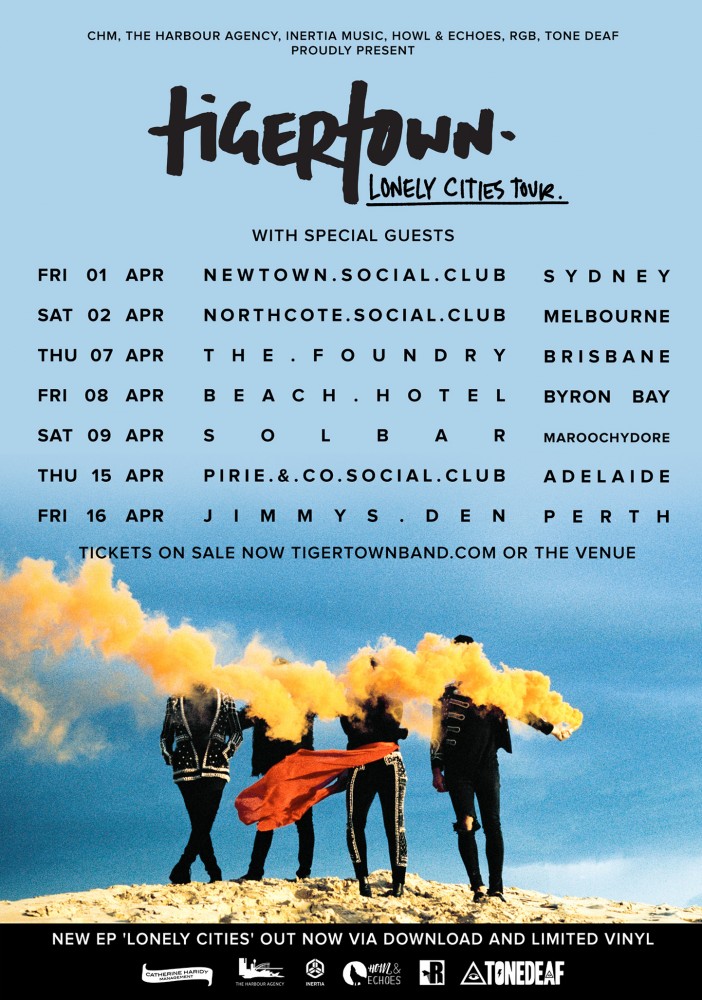