Today marks the release of Sydney four piece Tigertown‘s new EP Lonely Cities, and to celebrate, they’re taking the show on the road. Off the bat of  recent single Bullet From The Gun, title track Lonely Cities (which has hit second place in the US Hype Machine charts) and new single Make It Real, the band are currently touring the US, before visiting Sydney, Melbourne, Brisbane, Byron Bay, Maroochydore, Adelaide and Perth this April.

One of the most exciting electro-pop groups to have emerged in recent years, the band have been crowned a “breakout” act of SXSW 2015, and signed to Inertia Music, Neon Gold and Atlantic Records. Having built a solid reputation as a stellar live act, we guarantee you won’t wanna miss them in the flesh.

See the full tour dates below. Tickets and more information can be found at the band’s official website. 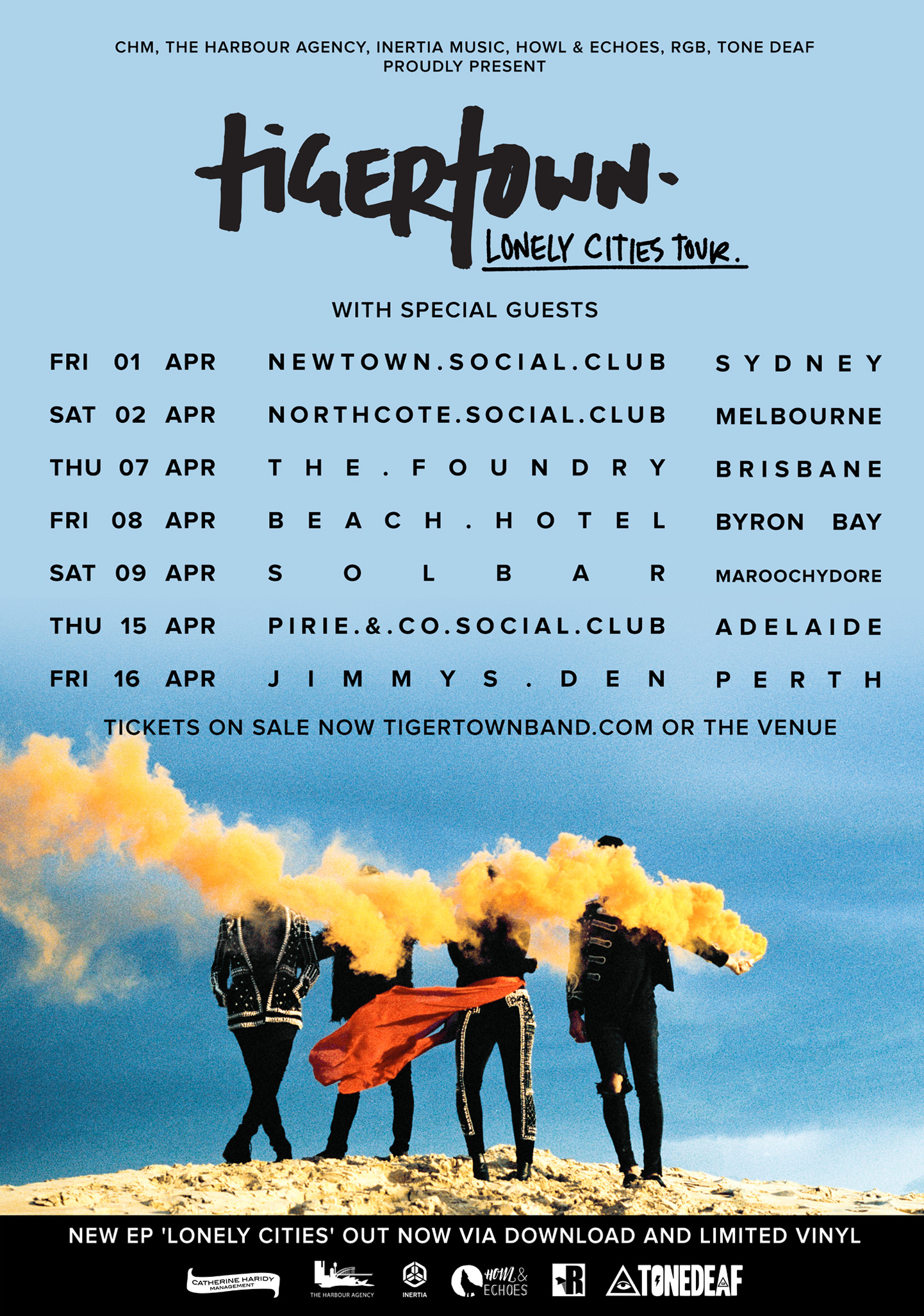