The idea of being “damned if you do, and damned if you don’t” seems to ring true for Seattle MC Macklemore. Coming under fire back in 2014 for publicly opining that Kendrick Lamar was “robbed” of the Grammy award for best rap album of the year, losing out to his own The Heist. Despite the chart topping success of Macklemore & Ryan Lewis, Macklemore tried to keep his head down after the debacle and feeling burned by the media.

In a recent interview with Billboard, Macklemore has opened up about the ongoing to search to find his place within hip-hop culture as a white rapper, and also reconciling his position with his political voice. The interview follows the mixed reception for the track White Privilege II, from Macklemore & Ryan Lewis’ 2016 album, aptly named This Unruly Mess I’ve Made. 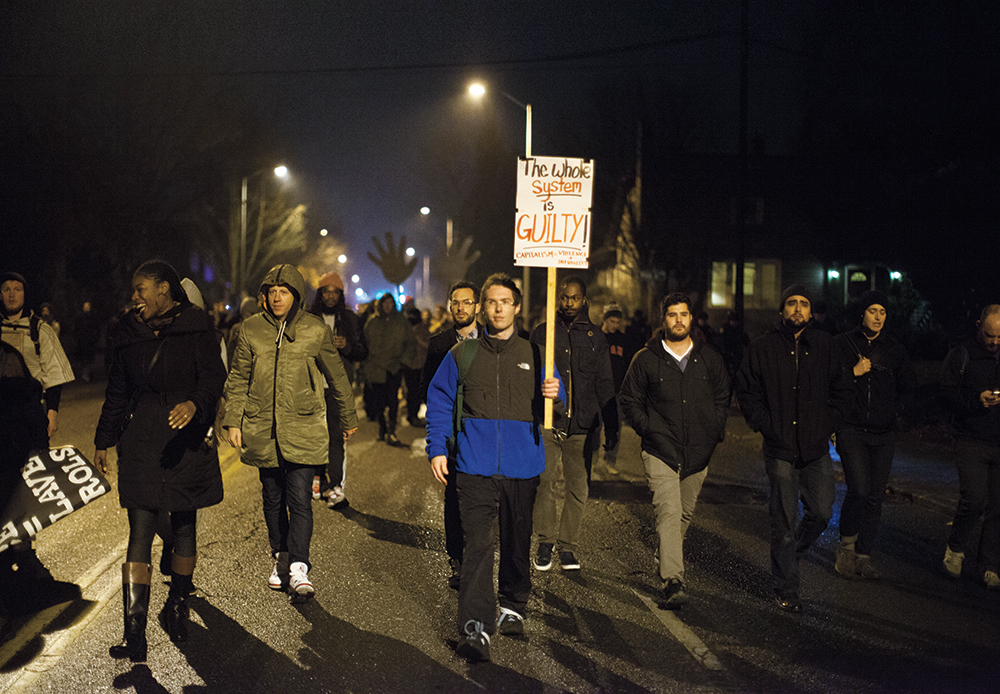 Opinions about the tracks range from every side of the spectrum. Some listeners feeling that the whole exercise is simply another demonstration of that same white privilege, others according Macklemore respect for putting his thoughts into words. Some aren’t sure what to think, and others, like Machine Gun Kelly, find no fault in the song but feel that the song just builds on stereotypes that should be abandoned.

It does seem that Macklemore is never going to please everyone – him along with the rest of the world. As a white rapper making a killing from a traditionally black art form, he sums up his own advantages on White Privilege II: “I was many steps ahead to begin with / My skin matches the hero, likeness, the image / America feels safe with my music in their systems”. Macklemore has also set backs up by including other white artists in his illustration of white privilege.

Naming Miley Cyrus, Elvis Presley and Iggy Azalea as his counterparts in finding success in the appropriation of black music, he also extended the round up to include Eminem in the interview with Billboard. Commenting that “[Eminem]’s a white person who raps. I think regardless of where you come from or how amazing you are, you’re still a white person appropriating a black art form.”

The interview also describes how Macklemore arrived at his current position, following a period of uncertainty as to what his place was within the looming question of race and celebrity. Aware of his own desire to speak out about the issue of racism, but wary of how hypocritical he could be perceived to be, Macklemore tells Billboard about his search for perspective. Struck by advice from a respected older rapper (whom Macklemore declined to name) that “silence is action, and you are being silent right now,” Macklemore looked to expand his knowledge and break his silence.

Signing up for what was essentially a college course in the cultural history of race and racism, meeting with his former thesis advisor Georgia Roberts, Macklemore got schooled on W.E.B. Du Bois, James Baldwin and others over a six month period. Combined with his new found sobriety and parenthood, this is the back drop for This Unruly Mess I’ve Made.

And it seems that the track will continue to divide opinion. For some, it may seem frivolous, and even insensitive, to ponder the rightness of his own success in the very place that privilege pushed him towards. To others, it may not be the perfect expression – and Macklemore may not be the perfect voice – but it could be another step. Is it worse to stay silent because you don’t directly suffer, or to fail to speak out and add your voice? Especially when that voice has an audience. Acceptance of a privilege that demands nothing but an accident of birth doesn’t negate Macklemore, or any artist, it’s what they do with that privilege that counts.