A Californian high school recently turned down a guest performance from Macklemore and Ryan Lewis, stating that their lyrics “promote misogyny and drug and alcohol abuse.” Yes. You heard right. The guys that are just so happy they had to release this five minute ode to buying a scooter are just too damn offensive for Aliso Niguel High School.

I mean, check out Macklemore disrespecting women by making them drink highly addictive slurpees? Would you want him around your children! 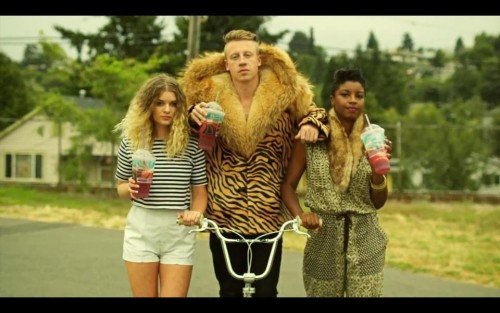 In all seriousness, if the parents and teachers had politely declined to protect the kids from their own bad taste, we might have understood. There are plenty of aspects of the pair’s persona that could be seen as offensive, but the reasons listed are a stretch to say the least. As advocates for gay marriage and taking a strong stance on drugs, there couldn’t be a cleaner pair of performers to have on assembly.

The students of the school have started a change.org petition and have taken to Twitter to get what is rightfully theirs. Not only did the prize include a performance, but also a $10,000 grant for the music and arts program. And on this one, we have to side with the kids. It might be painful, but for $10,000 we would listen to them to.

our school finally gets to experience something fun and then this happens. wow. #bringbackmack @macklemore pic.twitter.com/Z76bTCUaKN