Yep, you read that right. This is not the physical copy of the album that everyone’s been asking for. Really though, someone has uploaded all 58 minutes of the album onto the website, with – at the time of this article being written – 2,476 views. It’s a pretty backdoor (lol) way of being able to listen, considering you can’t if you haven’t got a TIDAL account, or downloaded the album illegally, but we all know that’s wrong right? 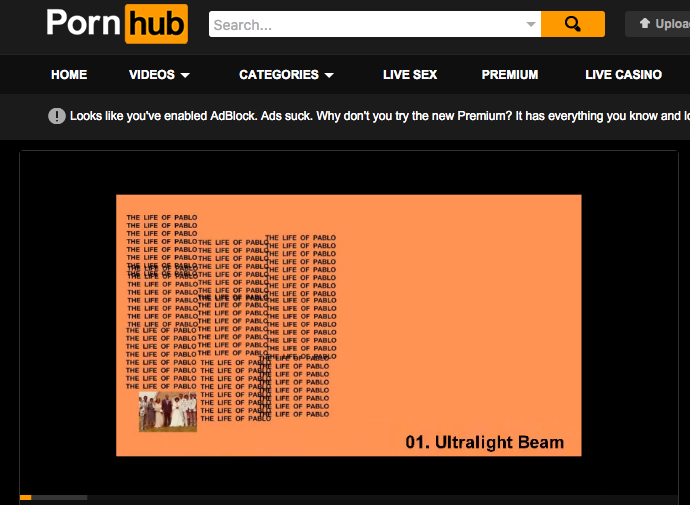 Actually, now that you mention it…

Today Kanye uploaded a photo to Twitter of him showing Sufjan Stevens some love on Youtube. At first glance it seems pretty innocent, right? Look a little closer, and you’ll see that his second tab is The Pirate Bay, notorious torrenting site. Maybe he was just checking how many seeds the album has though?