Even the most gifted marketing manager couldn’t have dreamt up the publicity and constant media attention that Wu-Tang Clan‘s Once Upon A Time In Shaolin has received. The news that a sole physical copy of the album was auctioned off for $2 million was enough to ensure some coverage of a neat marketing gimmick, but the fact that the ultimate buyer turned out to be the greatest comic book villain of our time has blasted attention levels into unchartered waters.

Any publicity is good publicity right? Well, sadly for RZA and putrid pharma personality Martin Shkreli, that’s not exactly the case. They are the targets of a brand new lawsuit, this time at the hands of artist Jason Koza, who is seeking damages and profits from the album for what he claims is the unauthorised use of artwork which depicts the Wu-Tang members in all their glory.

According to Mr Koza, he was informed that his artwork would only be housed on a Wu-Tang blogspot site. The artwork however, in some way or another, managed to sneak it’s way into the one-off album that has now gone down in hip-hop folklore. 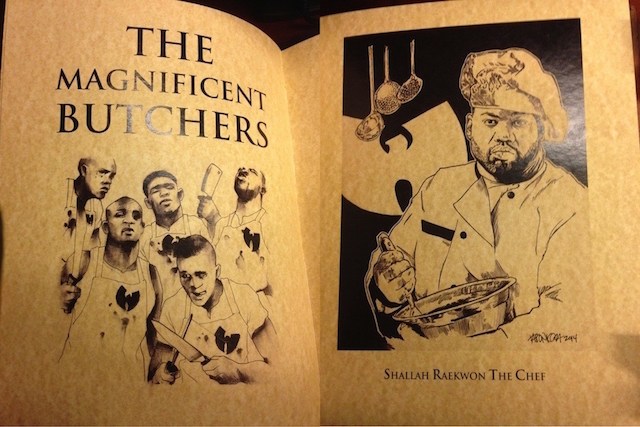 For Martin Shkreli, this is the latest in a string of high-profile Wu-Tang related incidents, the most fascinating of course being the public back and forth between the wily weasel and Ghostface Killah, who have flung threats and verbal barbs at one another via horribly produced videos, neither of which have resulted in any physical ramifications.

With all the legal furore surrounding the album, you have to wonder if Wu-Tang Clan are regretting the decision to make a spectacle of their album sale at all.