With Splendour in the Grass headlining acts like Blur, Florence + The Machine, Of Monsters And Men and The Wombats to name just a few, smaller, lesser known acts have big expectations to live up to.. But hey, that doesn’t mean they can’t fulfill them, hell, even smash it out of the ballpark.

I often think the smaller acts during the day or in the early evening are the best. In fact, my favourite performance of last year was on the last day of Splendour 2014, watching Chrome Sparks play to a tiny, worn out crowd of devoted revelers. It was such an incredible, happy experience for me, and definitely one of my best Splendour mems.

These lesser-known artists often cater to a very niche, dedicated group of fans who will show up rain or shine to see them. And plus, the benefits of being in a smaller crowd means that you can have a stronger connection to act you’re seeing.

You can assume that any band that makes a song called Dalai Lama Big Banana Marijuana, and a music video, which includes them smoking, bong after bong, gives absolutely zero fucks about, oh well, just about anything.

But it also means they are a really good time. Fans of the Dune Rats (calling themselves ‘Dunies’) are so dedicated to the band that they will get tattoos saying the aforementioned to forever immortalise their love for the trio. 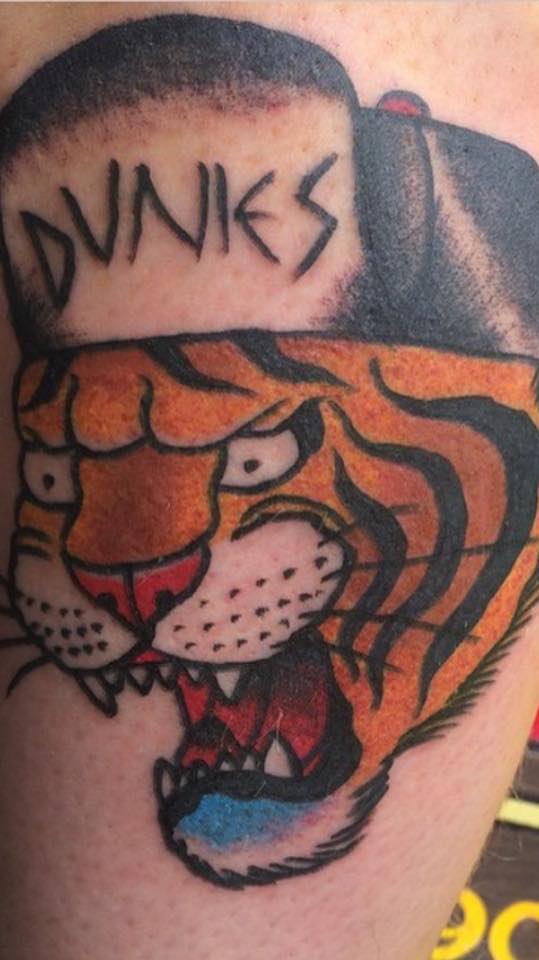 We can’t make this shit up

They will definitely make for one of the most bangin’ acts there. Don’t believe us? Check out their red hot music video for Red Light Green Light below.

Check out our interview with them here.

Burning up the charts with their hit King, British electronica trio Years & Years is definitely an act not to miss. Frontman Olly Alexander’s impressive vocals will have you attempting to reach the same heights as him, only to fail miserably, because let’s face it – who can actually sing that high? Singing’s not his only talent – he appeared on the seventh seasons of Skins Pure.

Which big Aussie act hasn’t collaborated with Canberra three-piece Safia yet? The dumb ones, that’s who. Since winning Triple J’s Groovin’ the Moo competition back in 2013, the Canberrians have gone form strength to strength.

Included by the likes of Alison Wonderland and Peking Duk into their works, perhaps we can hope to see an onstage performance between the aforementioned?After all they’re also appearing at Splendour, so we may be getting a triple dose of Safia and his hauntingly beautiful vocals.

Sydney Singer/songwriter/producer Hayden James is just more evidence of the amazing electronic acts coming out of Oz in recent years. His works have been remixed by fellow electronic demi-gods Touch Sensitive and Charles Murdoch, and track Permission to Love created some serious buzz when it was released.

Signed to the music label with the Midas touch, Future Classic, he’s toured with ODESZA and already played at Splendour in the past, so James is definitely an easy predication for awesomeness.

Oh. My. God. I am literally obsessed with this band. Their two releases Hold Me Down and Second Night are just so incredibly beautiful to listen to. Jack Frogatt’s vocals soar to incredible heights with members Lachlan Bostock and Alex Nicholls using a ethereal, magical blend of guitar, bass and electronics to create something so beautiful and enchanting.  If their recent performance for Triple J’s Like a Version, covering Future Islands Waiting On You, is anything to go by, they will be show stopping live.

This guy achieved international superstardom by the time he was 18 and three of his records had reached number one on Beatport by the time he was 21. He’s collaborated with Thomas Jack and ODESZA, been commissioned by Avicii and Lady Gaga for official remixes and is a self-taught producer.

Needless to say, Porter Robinson is kinda a big deal. With millions of streams on Spotify and SoundCloud, and a song like the one below, he’s going to be fucking incredible live.

An easy prediction for greatness here. Their performances at Groovin’ the Moo and at my uni were incredible. They give their all and sound great live with their effusive brand of charming indie-pop. Definitely catch them when they play for their acclaimed hits like Awkward and their excellent cover of Daft Punk’s Get Lucky.

The best British indie-rock group to come out in years, Catfish and the Bottlemen put in 110% effort for every performance, just read our review of them here.

The charming lead vocalist and guitarist Van McCann’s crowd interaction will leave you guffawing, and their feel good, old-school rock will have you jumping up and down for the entire set. Despite their modesty and self-proclaimed mediocrity, they really bring something special and genuine to all of their performances.

The beautiful and very talented George Maple always puts on a good show. How could you not with those powerful, soaring vocals, amazing wardrobe and Touch Sensitive on keyboard? She is, without a doubt, the Next Big Thing coming out of the Australian music scene.

Why you ask? Take a look at her hauntingly beautiful live recording of her song Vacant Space, which sounds like a manifestation of the name of the song itself.

Having had seen her play at the Future Classic Xmas Party, I can attest to the fact that she is a genuinely talented and beguiling as she seems. And Future Classic has very good track record of picking up and representing hugely talented artists. Flume anyone?

Holy shit. If I could stress that you absolutely go and see one band, it would be these guys. You simply have to catch these 80s revivalists live. When you think of someone putting on a show, these are the kinds of artists who do it. They do not mimic the whole 80’s thing – they live, breathe and eat it. They inhabit it. Their performance at Secret Garden Festival was one of the best things I’ve ever seen full stop.

These guys are the real deal

Lead vocalist Monte Morgan strutted across the stage like he invented the damn thing. A bevy of aerobics-clad dancers with their leotards pulled up eye-wateringly high, mirrored his swagger, while Triple J’s Tom Tilley was killed it bass.

Simply a must see. Above all, they are hella fun. Don’t believe us? Check out our review of their Pretty Lovers tour here, and our interview with them here.