The Metro was the place to be last Saturday night, as record label Future Classic and BBE brought together some of this year’s best talent for their Xmas Weekender, celebrating a year full of musical greatness. A special shout out goes to special attendee Flume, blending into the crowd seamlessly as punters milled about restlessly in anticipation of a night full of electronic goodness.

Being a music label Christmas party, you’d expect the line up to be pretty phenomenal, and Future Classic did not disappoint with international imports such as Lido, SOPHIE, Nadus and QT coming in all the way from the UK, Norway and the US to perform. Local talents such as the magnificent George Maple, HWLS and UV Boi also made an appearance, making for a pretty impressive set list of performances.

First up were the FC DJ’s, followed by Brisbane-based producer and DJ UV Boi, pumping out tunes like A Q U A T I C. Soul-pop chanteuse George Maple was up next, delivering beautiful renditions of her hits Talk Talk, Fixed and Vacant Space among others, with Touch Sensitive supporting her on keyboard. Norwegian DJ Lido delivered an amazing set, playing some of his classic remixes such as Why I’m Single, Ain’t No Sunshine and Zhu’s Faded, interspaced with some playful crowd banter, before finishing off with his two biggest hits Often (Lido Remix) and I Love You. 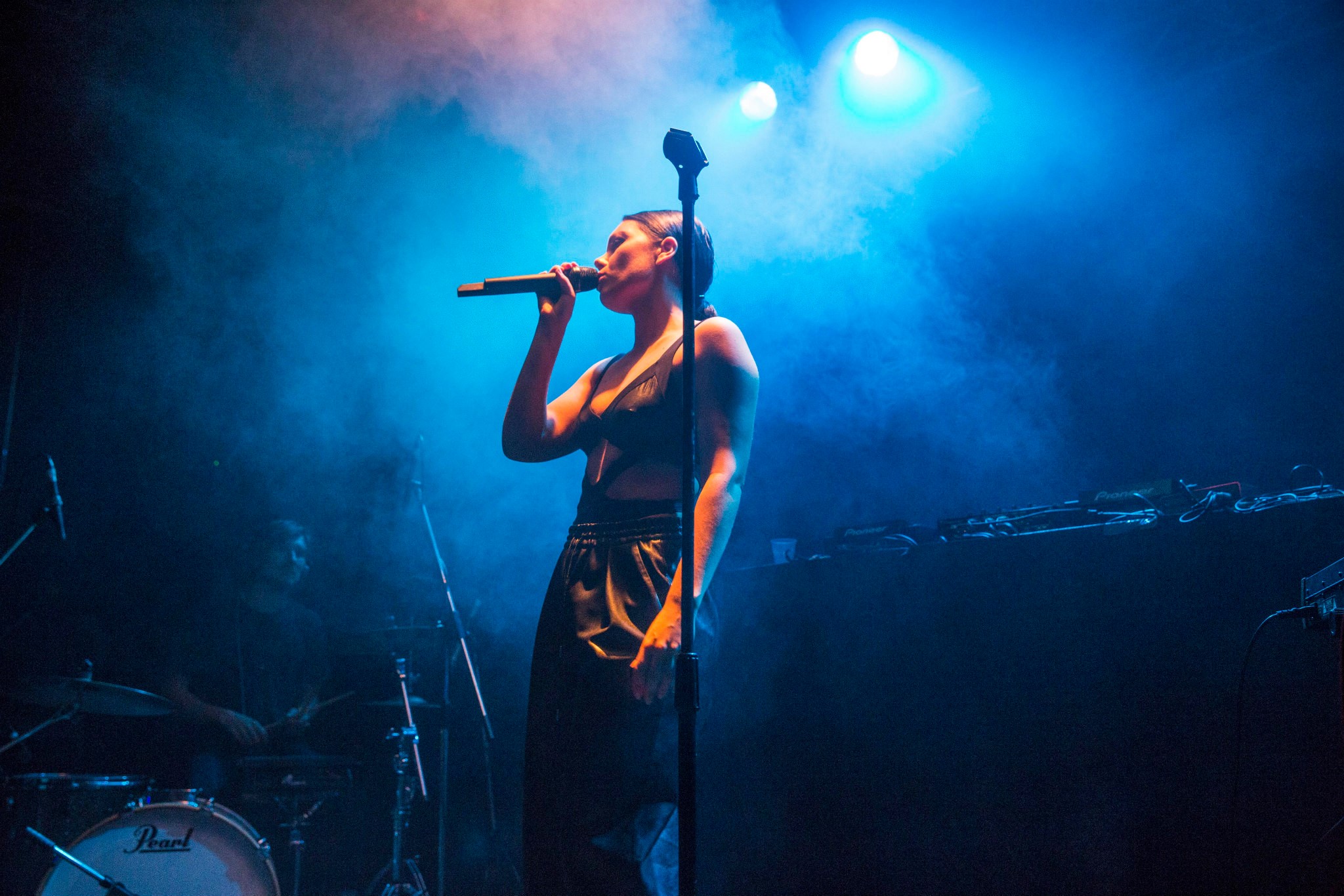 On stage next was the mysterious and elusive producer SOPHIE, who, despite going under a female pseudonym, is actually a guy who decided on this particular moniker because he thought “it tastes good and it’s like moisturizer.” The London-based producer teamed up with QT to deliver some of their iconic collaborations, such as Hey QT and Lemonade, incorporating high, pitch-shifted vocals with QT’s brilliant but bizarre tin-foil jacket get-up.

Burning the midnight oil was homegrown Aussie act HWLS, who kept the crowd going with the conveniently and consecutively named playlist of tracks 001, 002, 003 and probably his most well-known 004 w/ Noah Breakfast. Last, but not least, was Nadus. The American, hailing from Newark, New Jersey, capped off a night of brilliant performances with Nxwxrk, his remix of Kanye West’s Send It Up, Sharpe James and many more.

George Maple, Nadus and QT were all spotted mingling with the crowd after each of their respective performances. I think it’s always great when artists take the time to interact with their fans, it allows for that level of interaction and dialogue between the two parties. The venue was full, but not packed, with everyone in the audience having enough elbow room to dance and really appreciate the music. To say it was an epic night would be an understatement. More like the perfect send off for an amazing year of music and emerging artists. Check out Future Classic’s playlist of the night to get a little taste of what went on at the best kind of Xmas celebrations.