Yesterday, Henry Rollins got us thinking about musicians who have also dabbled in acting. While we could just write an entire post about the muso guest stars who, alongside Rollins, appeared in Sons of Anarchy (Courtney Love, Dave Navarro and Marilyn Manson to name a few,) we thought we’d mix it up a little and present to you some of the other Slashies who have made the successful (or not to successful) transition onto screen.

Before her death in 2001, Aaliyah had started filming scenes as Zee in The Matrix Reloaded (the role then went to Nona Gaye and was re-shot.) Prior to being approached by The Matrix franchise, the late R&B songstress starred in vampire flick Queen of the Damned, as well as Romeo Must Die.  While the film was poorly received, Aaliyah’s acting chops were highly praised.

While he might be credited as himself in a number of movies including Zoolander and Disney abomination Bandslam, Bowie holds a special place in the hearts of many as Jareth The Goblin King in Jim Henson’s The Labyrinth. He’s cheeky, creepy, and dons a gravity-defying hairstyle.

Best known as the front-woman of Blondie, new-wave punk icon Debbie Harry has at least a dozen film and television titles to her name. As well as appearing in the pilot episode of Sabrina, The Teenage Witch, she played Velma Von Tussel in John Waters’ 1988 version of Hairspray. 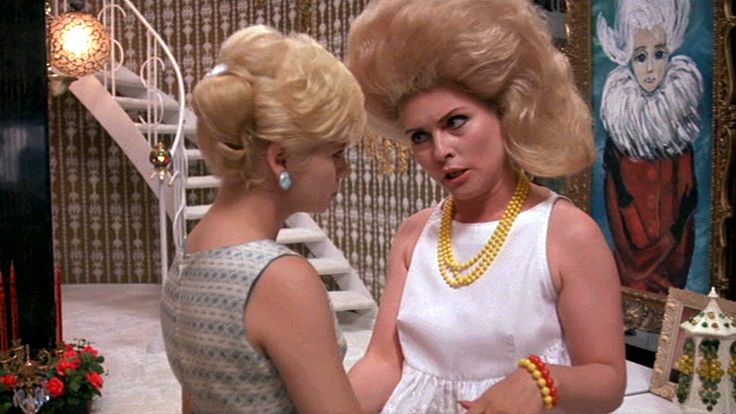 Iggy Pop has a pretty extensive filmography, including Blood Oranges, which is set to be realised this year, and the film adaptation of German horror short story, Der Sandmann, or The Sandman. One of his earlier (and stranger) roles saw him star in the John Waters-directed Cry Baby, alongside Johnny Depp.

Jennifer Hudson won the Academy Award for best supporting actress in her role in Dreamgirls: the same film that earned Beyoncé some serious film cred and also featured Jamie Foxx. Two years later the former American Idol contestant played Carrie Bradshaw’s sassy as fuck assistant in the Sex And The City movie with the single best line of the entire film; “ain’t nothin’ in there for you.”

In The Rocky Horror Picture Show, Meatloaf’s character Eddie pretty much rides in, sings Hot Patootie (Bless My Soul) and is murdered. In Fight Club, he still takes a bashing but gets the luxury of a little extra screen time as former body builder, steroids abuser and testicular-cancer survivor Bob. 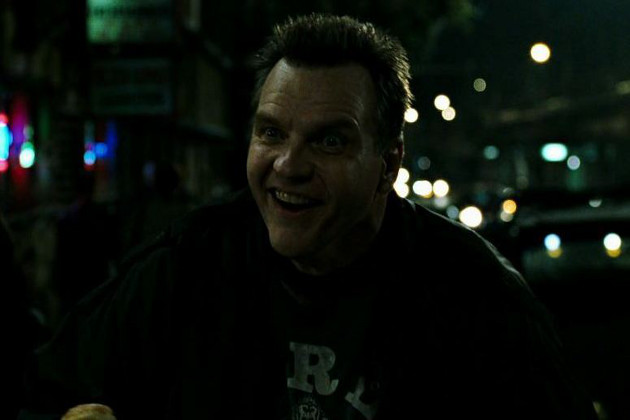 He’s credited as playing “himself” in Talladega Nights and has appeared in a handful of documentaries, but Mos Def has also acted in a number a number of films. His roles span a versatile range of genres including Ford Perfect in The Hitchhikers Guide to the Galaxy, Monster’s Ball alongside Sean “P-Diddy/Puff-Daddy/Diddy” Combs, while Be Kind Rewind had him sharing the screen with Jack Black.

A movie about a board game. A pretty shitty board game at that. Unless you’re playing against someone who doesn’t realise their entire fleet of ships is displayed in the window reflection behind them, playing Battleship is the board-game equivalent of watching paint dry. Unfortunately, Rihanna’s mundane performance in Battleship does not rescue this snore fest.

Not the movies one might hope to find at taylorswift.porn, but T-Swizz did play a terrifying loved-up teenager in Valentine’s Day alongside her then-beau Taylor Lautner. She also appeared in an episode of New Girl and voiced Audrey in The Lorax.

Let’s just call it how it is: Will Smith might just be the most successful contemporary musician-turned-actor…Turned musician/actor. We still fondly remember the days when a Will Smith film would be accompanied by a cheesy Smith performed theme song (hello Wild Wild West and Men In Black)