Henry Rollins is a man of many passions which see him undertake countless projects in a number of different creative industries. The former Black Flag vocalist and Rollins Band front-man is also an outspoken human rights activist, producer, journalist, publisher, radio presenter and an actor. While he’s said that he would never play SXSW as an up and coming musician (“there’s too much ‘please like me,'”) it seems he can’t stop his other projects appearing at the festival, with his most recent film premiere, He Never Died, actually premiering there.

No stranger to dark, aggressive and undeniably confronting roles, Rollins is one of those musicians who seems to transition pretty damn seamlessly into the worlds of film and television. His portrayal of the violent white supremacist AJ Weston in Sons of Anarchy is just one example of Rollins’ clear (and fairly disturbing) affinity for portraying dark, twisted characters on screen. 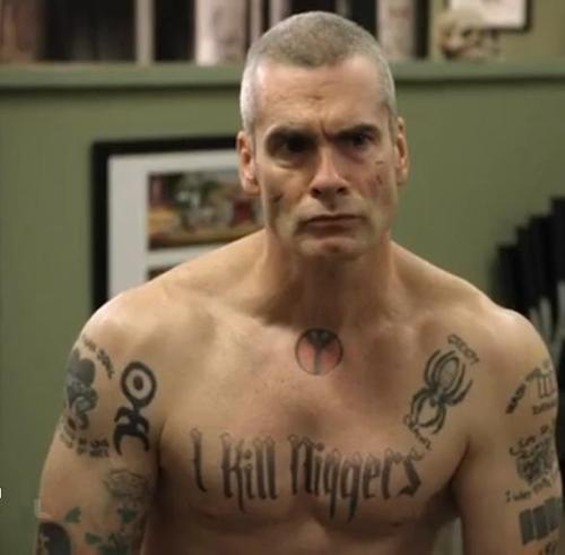 (AJ Weston, all ’round nice guy)

He had a year to prepare for his new character, his first leading role, Jack: a clinically depressed, no bullshit, blood drinking, body part gnawing cannibal, aka “living person who is post-life.” In a recent interview with Rollins and director Jack Krawczyk discussed everything from the casting process (and pretty much confirmed that Rollins was always the first choice to play Jack,) to the fight choreography and doing whatever it takes to perfect a scene.

You can check out the entire CoS interview with Rollins and Krawczyk below: