Death Grips sure do a lot of stuff together for a band that has broken up. In fact, they do a lot of stuff for a band that HASN’T broken up. From the extensive online campaign in the lead up to their new album (as in an album made AFTER they broke up), to the supposed “leak” of said album, to now with the announcement of a world tour, fans are left scratching their heads as to whether they’ve broken up at all.

So there’s that. There’s also the past history of the Death Grips live show, in which they’ve cancelled the same number (if not more) shows than they’ve played. In one instance, they simply “chose not to show up”. Are Death Grips the greatest trolls in this modern era? Are they literally just whispering nonsense to someone to see how it spreads around the world? Because spread it does, with fans waiting for a sign from the controversial hardcore band that everything is going to be okay. Perhaps this is the sign we’re all waiting for?

Packing in a full US tour over the later days of June and most of July, the guys have also hinted at more dates to come. You can see all dates so far below, and watch this space for any further developments. I, for one, will have to see it to believe it. 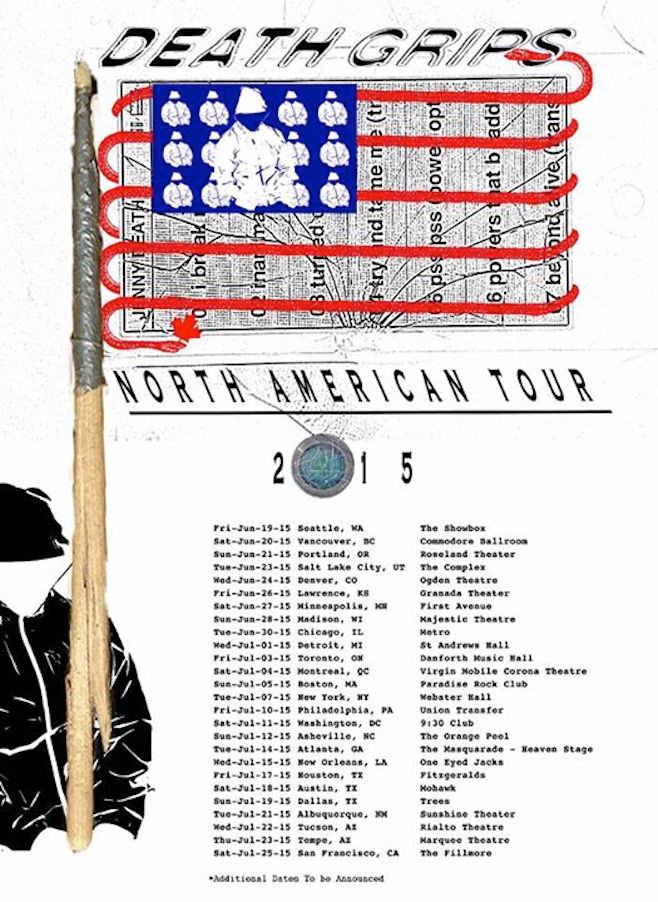 Also, note the tour finishing just in time for Splendour In The Grass. Verrrry interesting!