We are very excited that our first Jungle Jams event is on THIS FRIDAY! In collaboration with Jungle Studios, our monthly event will showcase exciting upcoming Sydney bands. For more info on the event and to win free tickets, click here.

Every month we’ll be introducing you to some of the best new bands around. The very first band we’d like to show you is Sydney two-piece Vigilantes. We wanted to get to know them a little better, so we asked one half of the duo, Anj, a few questions:

Jungle Jams takes place on the last Friday of every month at the Captain Cook Hotel! 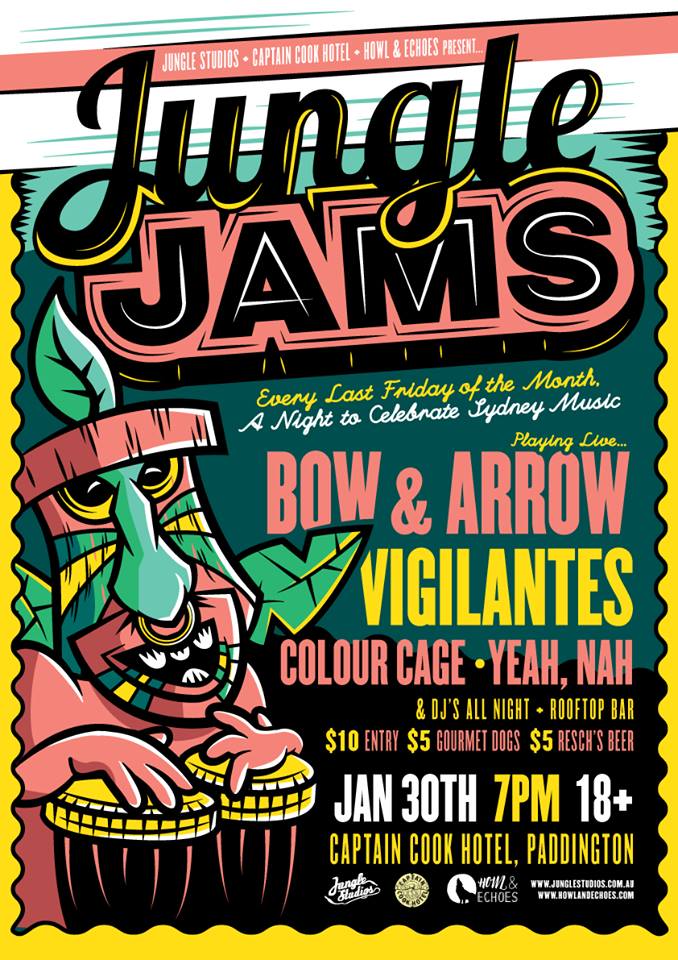