Rap beefs, the greatest of verbal jousts. Maybe it’s because, between two brilliant wordsmiths, they can get absolutely titanic. Maybe it’s because somehow two human beings dripping with gold and diamonds, driving around in Maseratis and Maybachs with enough money to leave me weeping uncontrollably at the thought, can find something so petty to get mad about about that they enter into personal feuds that last months, even years. It’s astounding.

Drake and Kendrick are the two most recent stars rumoured to be embroiled in conflict, which would be absurdly one-sided given that Kendrick is a lyrical genius.

And Drake is a pantomime of sadness

I’m praying for their beef to become a thing. Here’s some other unintentionally hilarious rap feuds that actually happened: 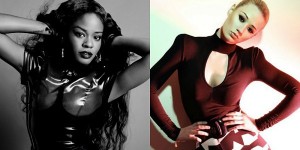 Taking out the ‘Nobody Gives a Flapping Fuck’ award are the Azaleas (Iggy at least got the spelling right). This never-ending monstrosity kicked off with Banks crying plagiarism, saying that she had a song called Pussy before Iggy ever did. Which is akin to angrily insisting you had a raging case of the clap first. Shit got catty real quick. Twitter catty: 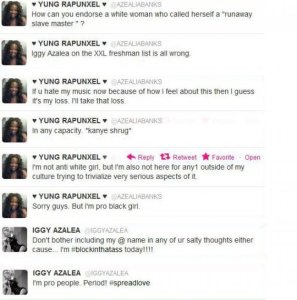 Who Won: They’re equally as talentless and equally adept at completely bastardising rap music, but considering the hysterical nosedive of Azealia Banks’ career plus the fact that she will find a reason to start shit with Absolutely. Fucking. Anybody. Fuck, we’re giving this bout to Iggy with a polite request to also just stop. 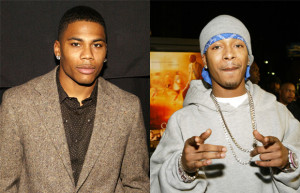 When actual rappers Biggie and Tupac feuded in the 90s, everyone (rightly) worried that someone would get hurt. By the time 2004 rolled around and these two hip hop punchlines started cussing each other out, nobody even looked up from their Blockbuster-rented copy of Napoleon Dynamite.

One’s biggest hit was an ode to removing your clothes in the face of intense humidity, Hot In Herre,

The other’s was a wonderful little ditty about the exact location of where he enjoys the way you do that entitled Right Thurr.

Aside from a mutual penchant for the letter ‘R’ at the expense of the entire English language, these two hail from St. Louis, Missouri, where there was apparently not enough room in town for TWO abysmal rappers, hence the beef.

Who Won: Utterly pointless, but considering nobody has danced to Right Thurr in their right mind in a decade while Hot In Herre somehow still gets requested in sweaty little dive bars the world over, we’re going Nelly. Sorry Chingy, wherever you are now. 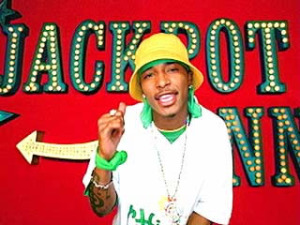 I can still hear his voice on the wind… 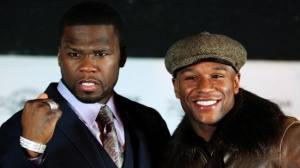 Mayweather isn’t technically a rapper you say? Watch this and tell me how ridiculous you feel. These guys used to be thicker than thieves. Here they are, all business on their money stack phones: 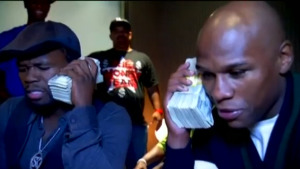 But it ended after Mayweather went to prison and 50 claimed he owed him $2 million (roughly 35 stack phones). Their quarrel seemed to have died down but then shit got real this year, leaving me in a mix of stitches and this:

Fiddy used his ALS ice bucket challenge as a platform to question Floyd’s reading ability, offering to donate 750K if the welterweight could read just one page of a Harry Potter book. Considering the brain injuries associated with professional boxing, this had some rather dark undertones. Floyd took it a step further with his response though: publicly taking 50’s son Marquise under his wing as a father figure. This was after some shockingly abusive text messages from 50 to his son had been leaked.

Who Won: Seeing as 50 Cent would smoke Money on the mic, and Mayweather would murder Fiddy in the ring, it seems to be a draw, but we’re giving it to 50 because any man who can be shot nine times and survive is clearly a T1000 Terminator and not to be fucked with. 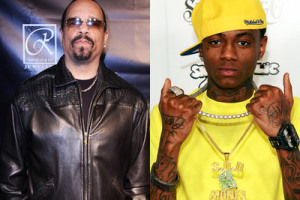 Ice-T was a grizzled ex-Crip of your dad’s age who once had a song called Cop Killer and looks permanently this stern: 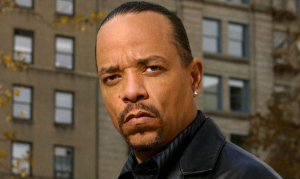 “Did you finish your homework today, motherfucker?”

Soulja Boy was a 17-year-old malcontent whose only achievement was glorified ringtone Crank Dat. Clownfuck awful in every single aspect, it still enabled him to now live like a king on royalties, because 2008 was a time when we lacked any semblance of a conscience.

Pictured: not a shred of remorse

Hearing that steaming puddle of horsepiss on the radio, Ice-T decided he was having exactly none of this shit, inviting the upstart to get the fuck off his lawn by publicly announcing that Soulja Boy had singlehandedly killed hip hop and threatening to invoke the wrath of every OG on the West Coast if he continued this assault on street poetry.

Soulja responded by telling Ice-T to grow a hairline and fight his grandfather. Two responses you would expect from someone who once told the youth of America to ‘Superman dat hoe’. 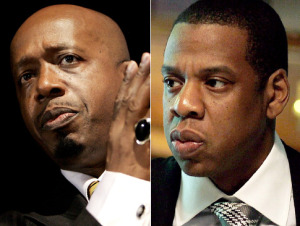 The David and Goliath of rap feuds, only if David showed up holding a rubber chicken and was also insane. After pissing away all of his Hammer Time money, MC Hammer went from purveyor of parachute pants to preacher. Meanwhile, Jay-Z continued to spend the last two decades releasing platinum record after platinum record and living life as though it’s a video game with God-mode unlocked.

Jay-Z poked fun at Hammer’s bankruptcy on his verse in 2010 Kanye song So Appalled. Seemingly unable to endure a joke that had been told since before Jay-Z had even released Reasonable Doubt any longer, Hammer proceeded to lose his mind quicker than his millions; taking to YouTube to call Jay-Z a Satanist ‘hellboy’ and an Illuminati, then putting out a diss track so unbelievably, pants-pissingly cringe-inducing it defies reason:

Holy shit. Hooooooly shit. I’m cutting my ears off and clawing my eyes out, maybe give them a Viking funeral to counter even the most infinitesimal chance I might hear that abomination of a song or see that miserable clichè of a video ever again.