On a gorgeous night at an amazing open-air venue under the stars, The xx took Sydney’s breath away. The indie London group returned to Australia this month on their headline tour for third album I See You, a mere six months after appearing at staple festival Splendour in the Grass. So spoiled are we that they also brought along special guests Kučka and Kelela to kick things off.

Filling in for rapper Earl Sweatshirt (who unfortunately cancelled due to personal matters) Kučka is certainly a name you should have heard of by now. The Perth singer has recently collaborated with Cosmo’s Midnight, Andrei Eremin and Flume, and has supported the latter and fellow protégé Vince Staples on their latest Oz tours. As the sun set over Hyde Park, her distinctively soft treble vocals floated over minimal, industrial electronica that squared perfectly to draw in the crowd.

Next, R&B queen Kelela sounded off with some velvety harmonies. The buzzed-about up-and-comer exuded a magnetism that was impossible to ignore as she belted out that dreamy post-millenial soul she has become known for. With her DJ and singers in tow, she hypnotised the crowd.

Finally, the stars were well and truly twinkling in time for the main event. The stage was illuminated and singer Romy Madley Croft’s barebones guitar set the tone on apt opener Intro. Bassist Oliver Sim then lunged into a matching choreography, dipping his bass, grinning mischievously and shuffling to the pulsating rhythm provided by producer Jamie xx, who was poised behind a transparent altar placed upstage centre. The set design was one of the most detailed and dramatic witnessed in recent memory; crystalline floor tiles lined with LEDs and pillars of mirrors that spun climactically.

It was an unexpectedly thrilling display – Sim’s flamboyant dancing and Madley Croft’s messy-haired thrashing played perfectly to what is otherwise some of the most optimistically soporific music to ever hit the mainstream. The xx produce a sound that is reputedly soaked in melancholy set to breathy, vaporous beats, but here, on this stage and in this light, it was exceptionally grand. 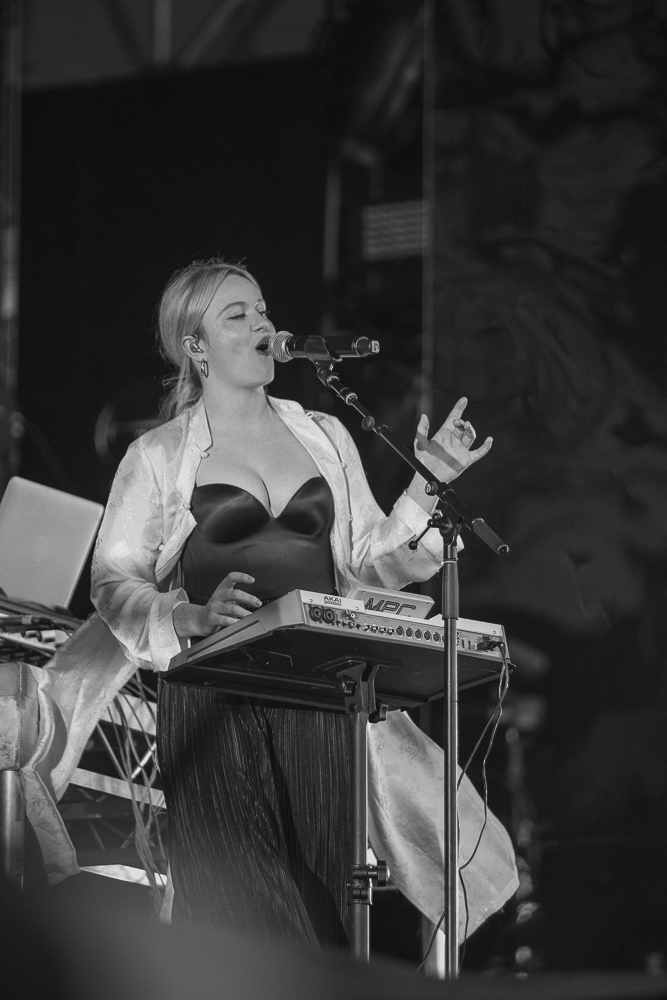 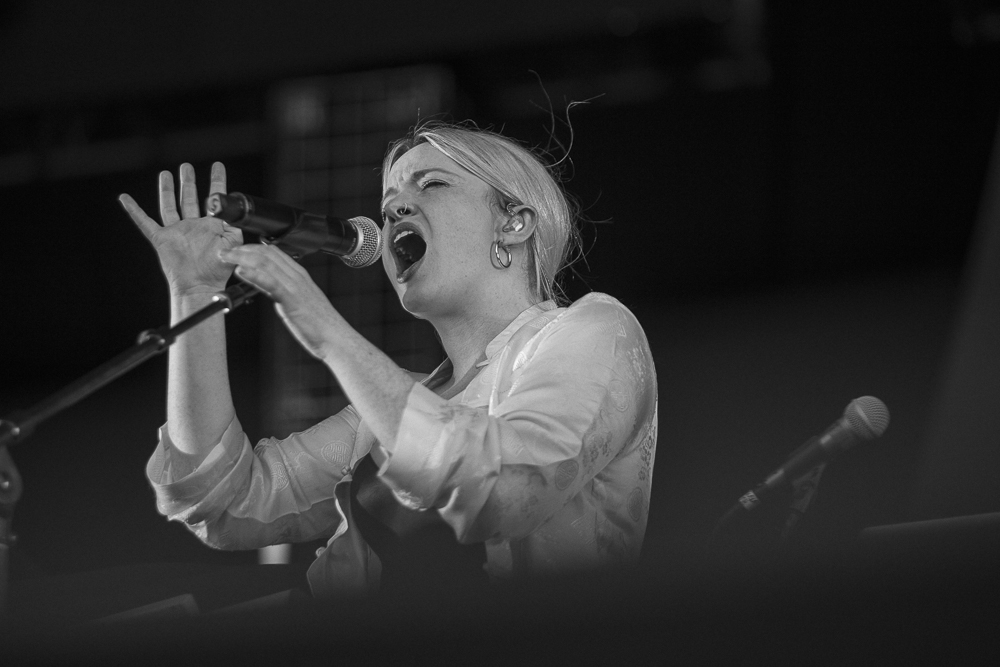 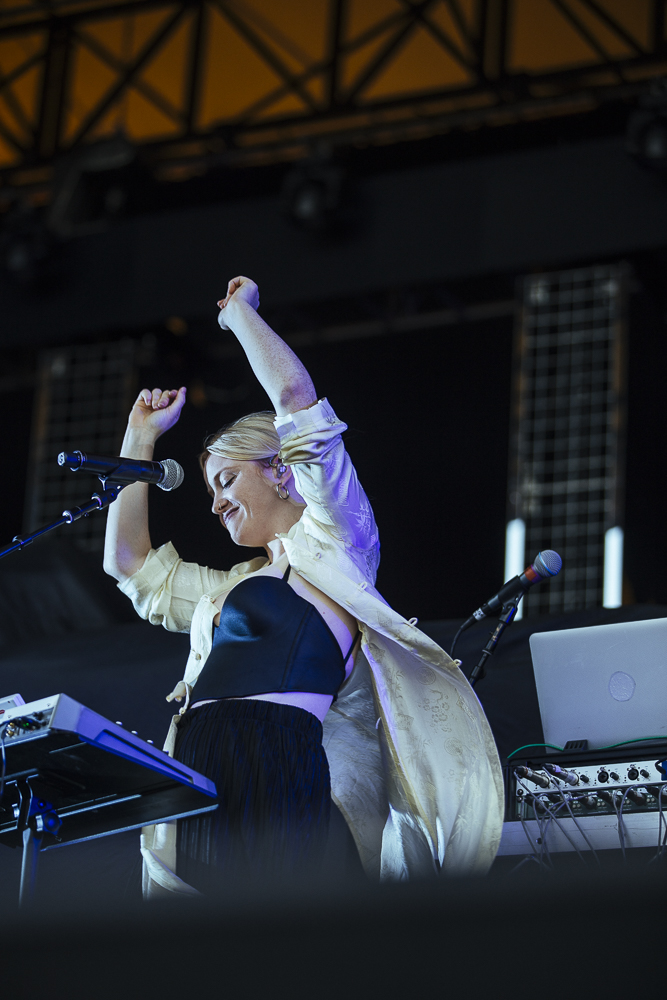 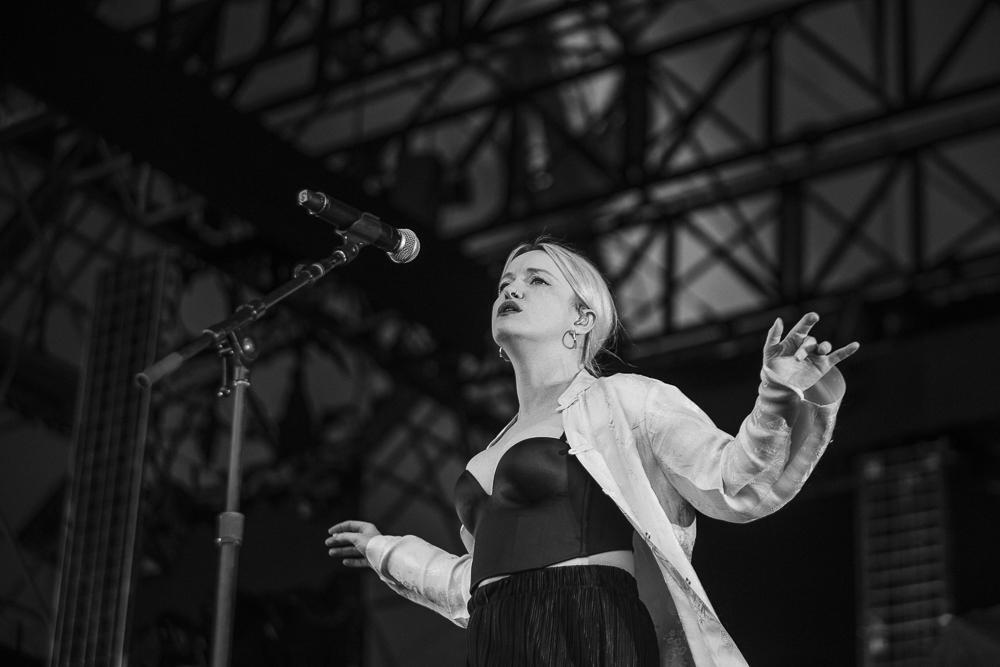 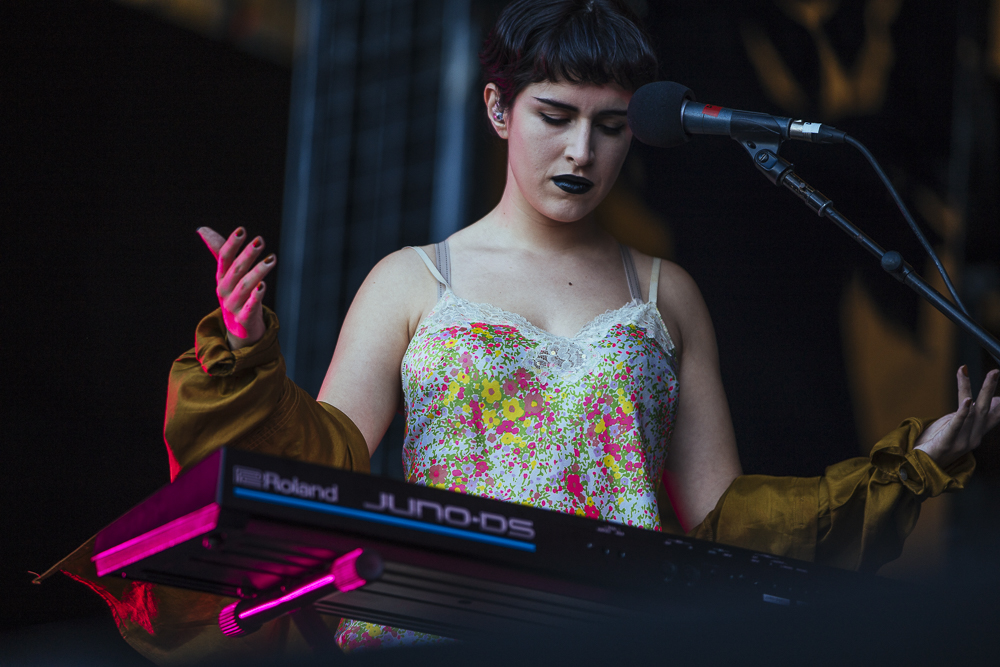 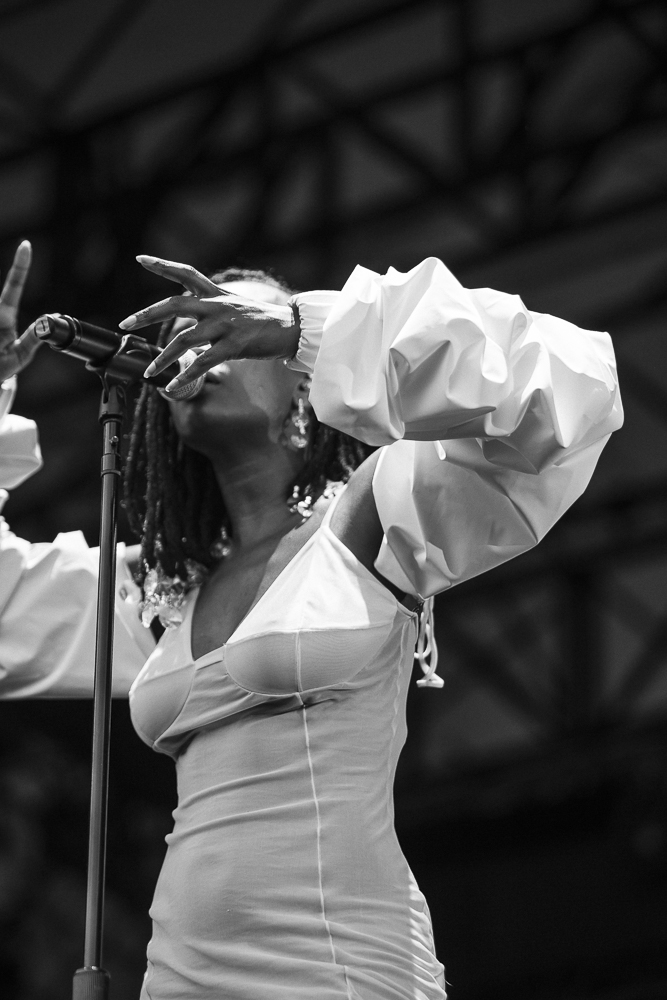 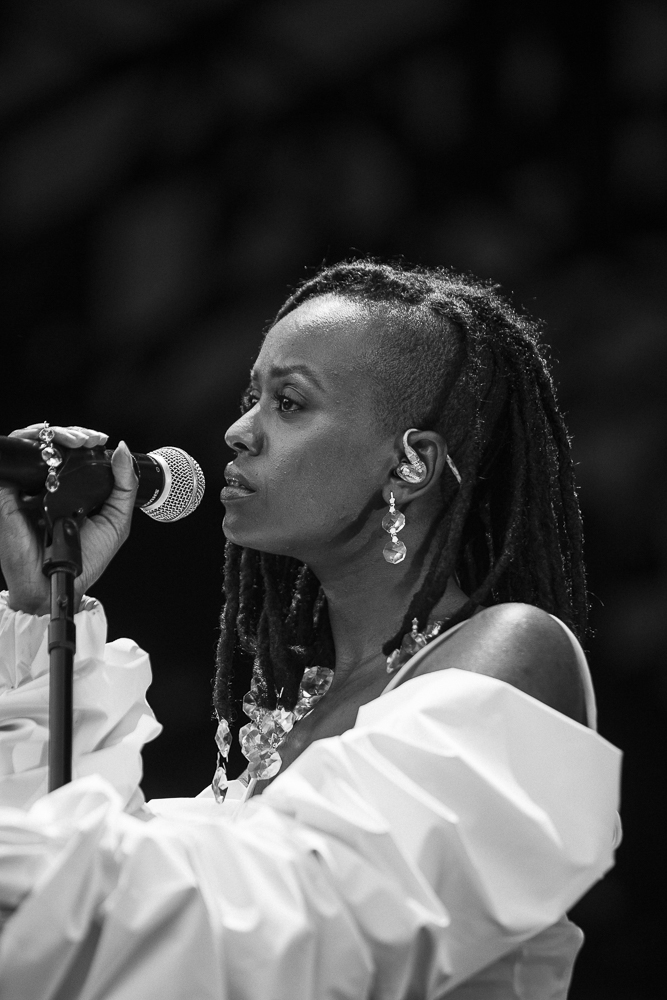 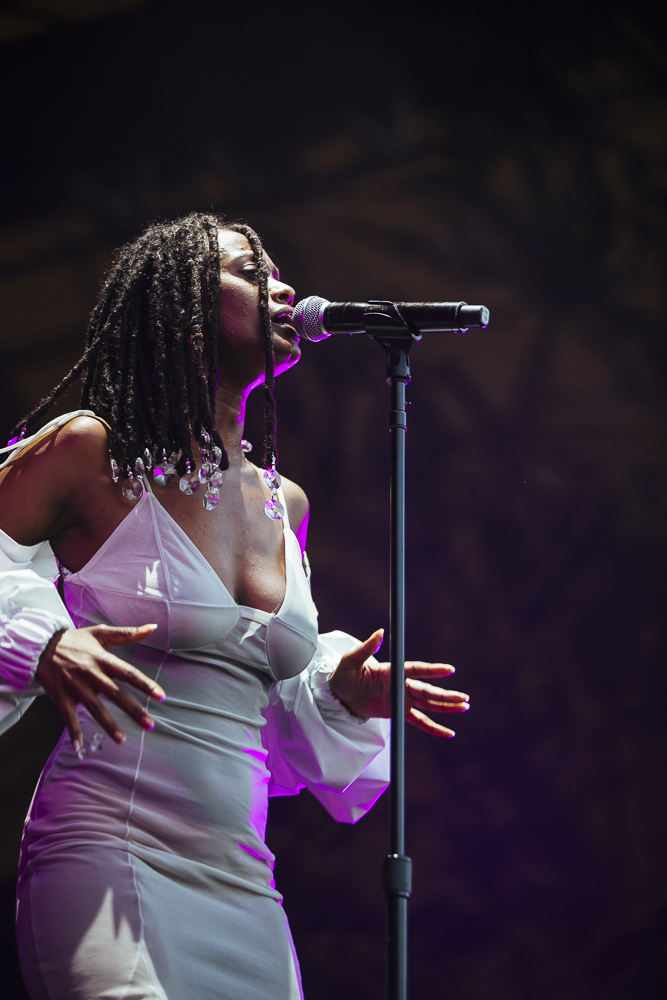 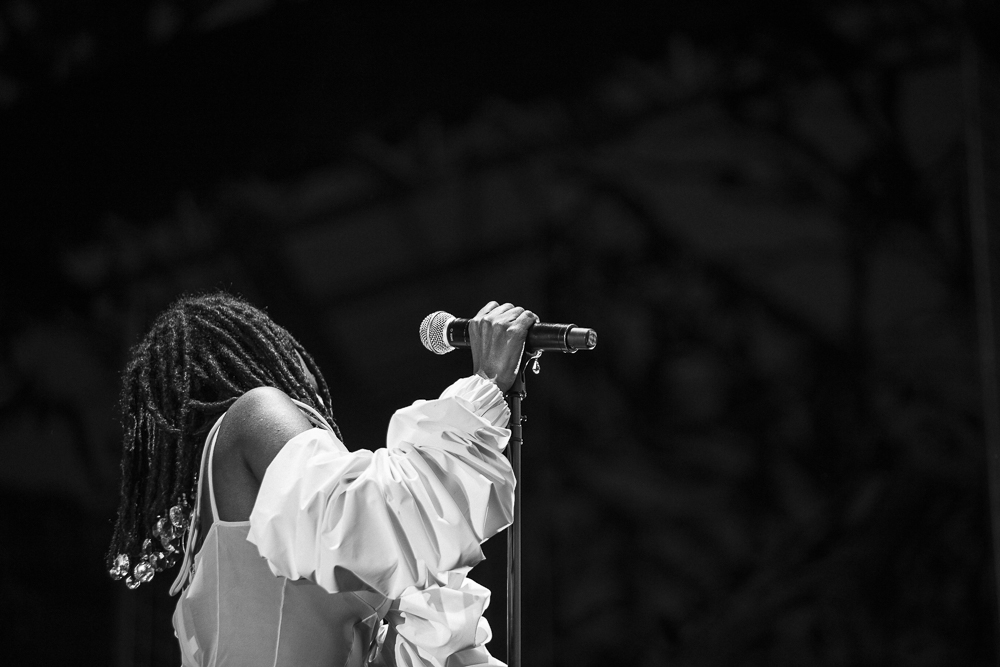 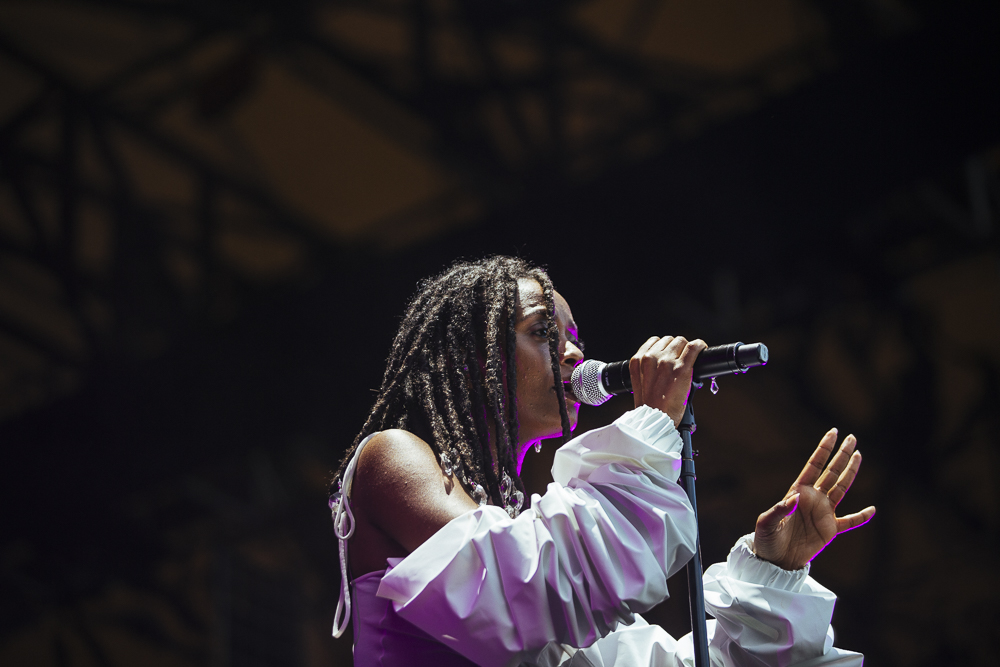 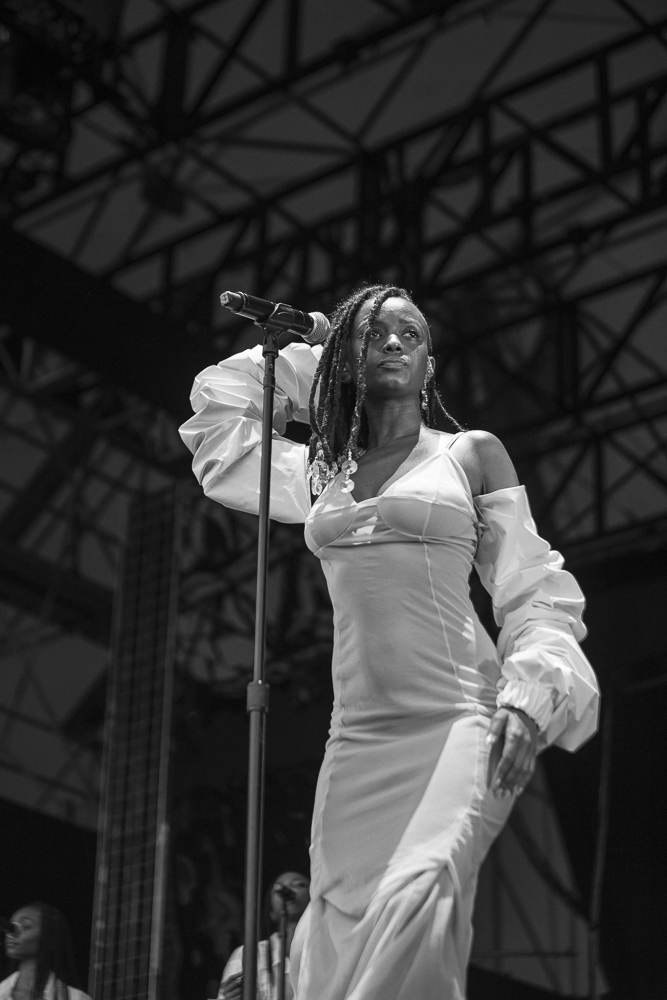 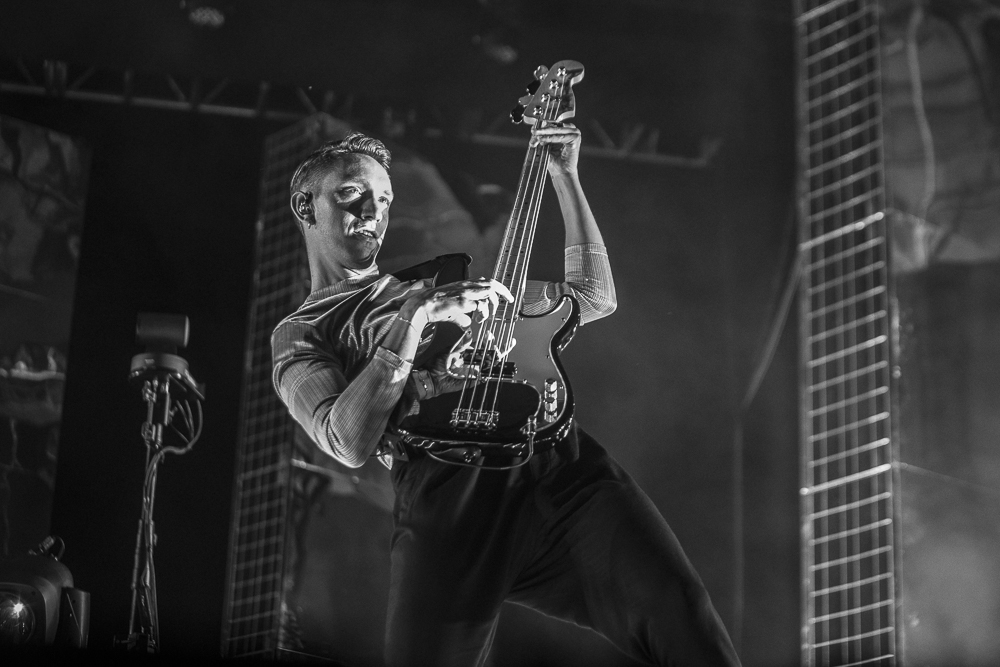 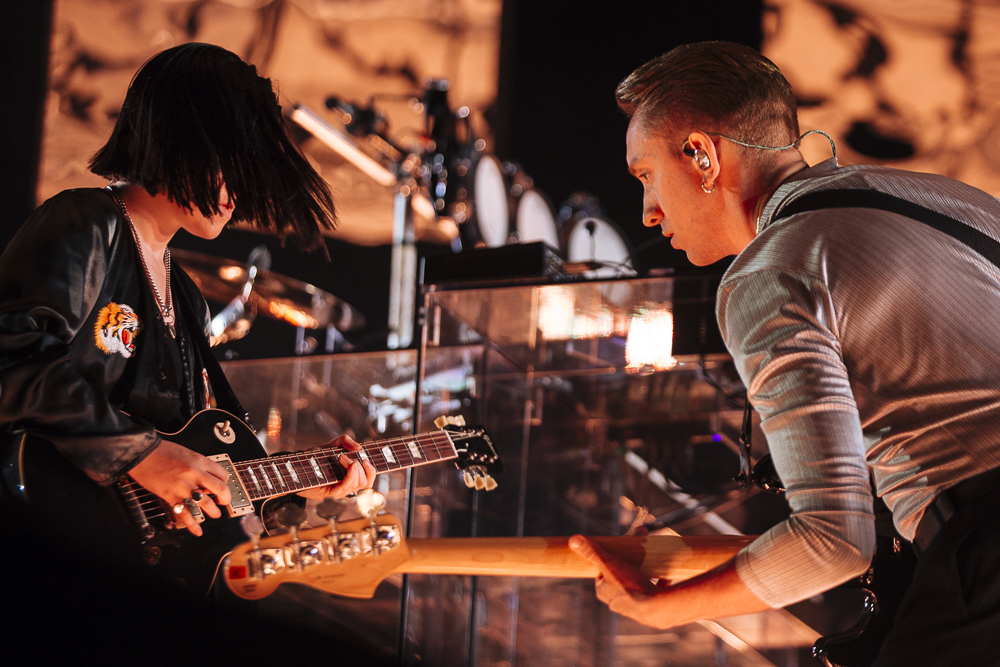 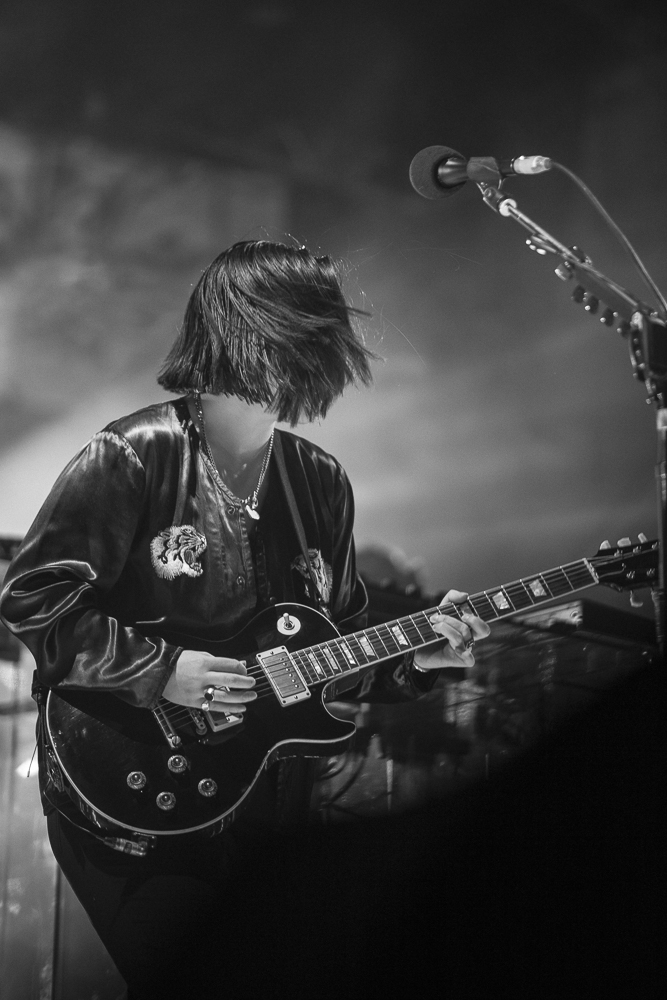 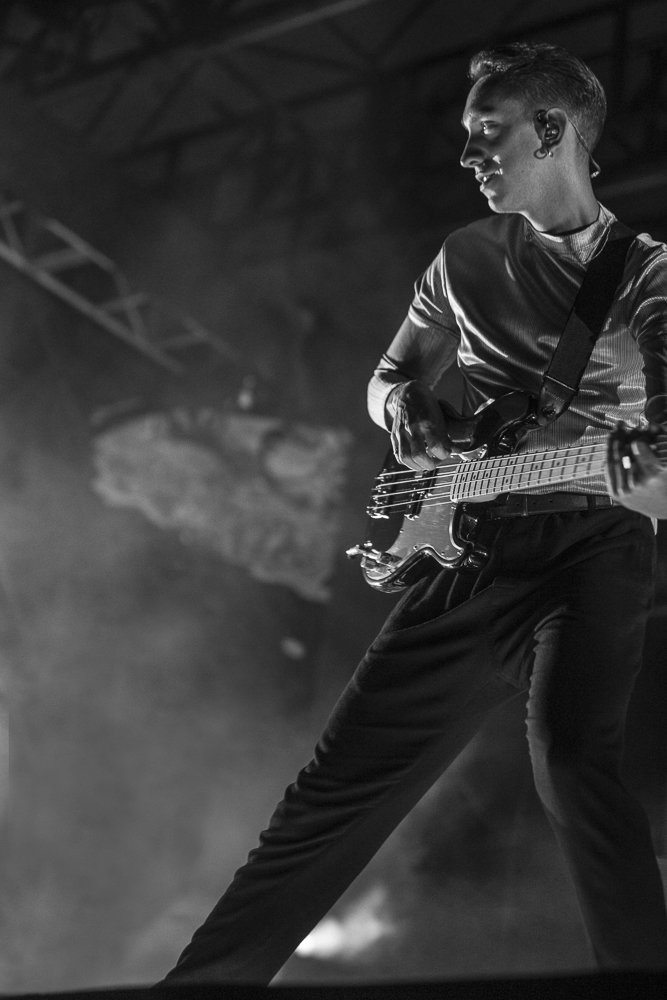 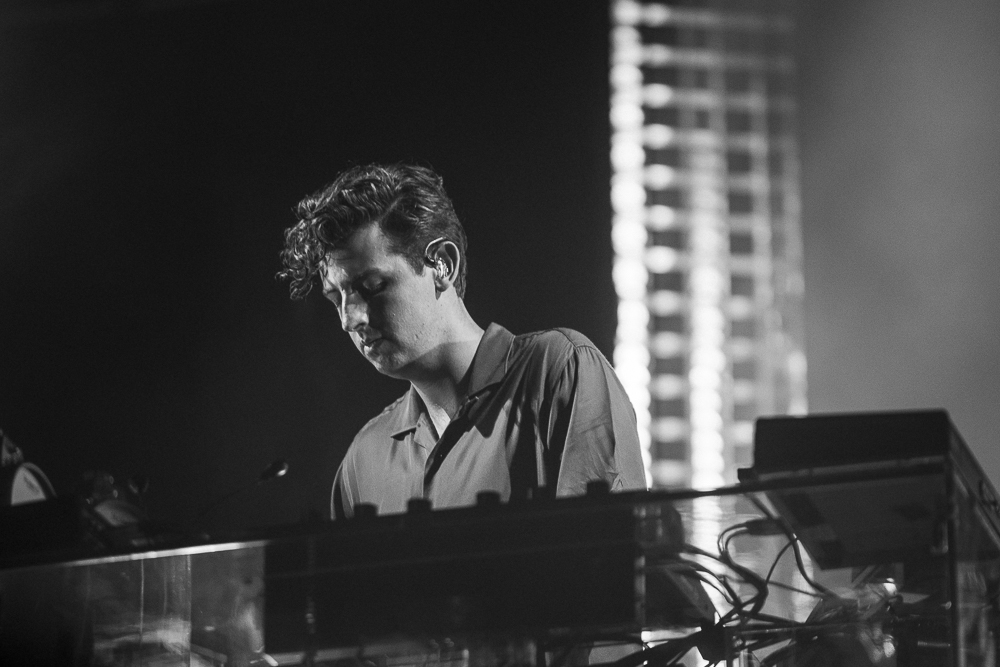 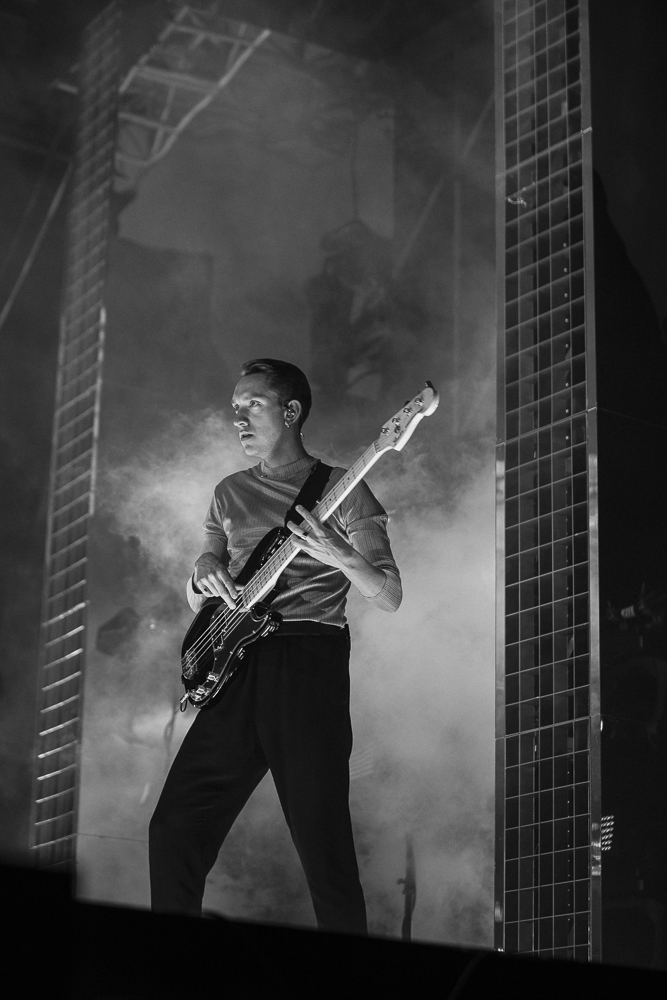 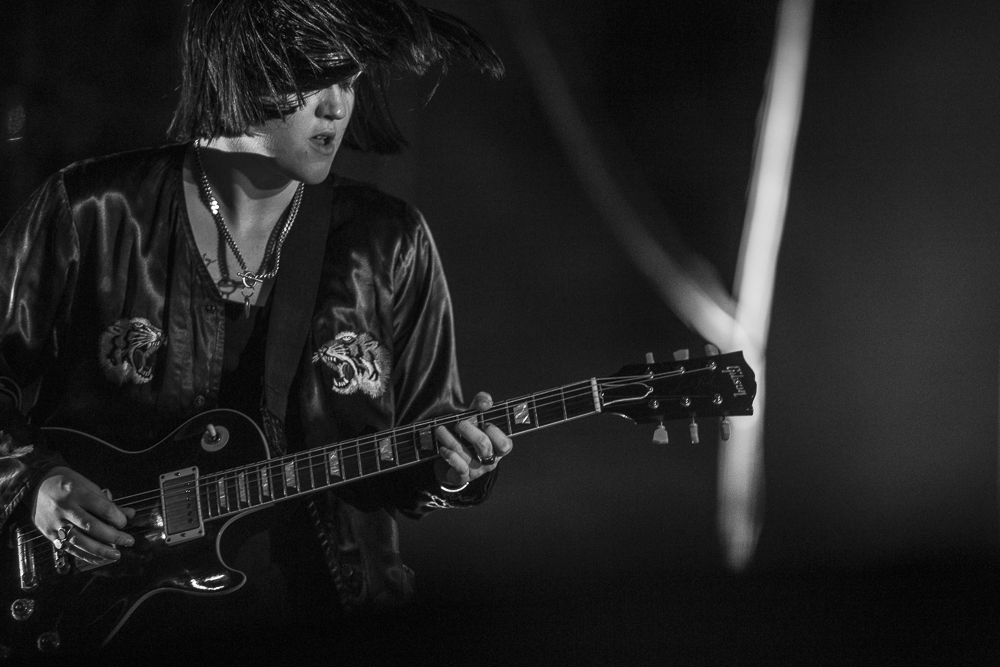 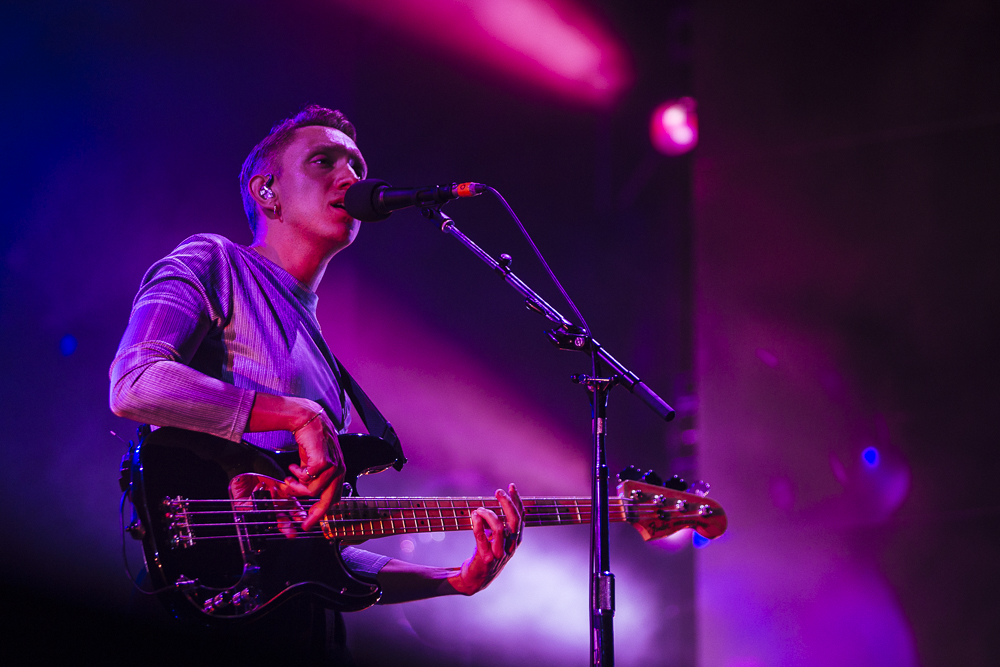 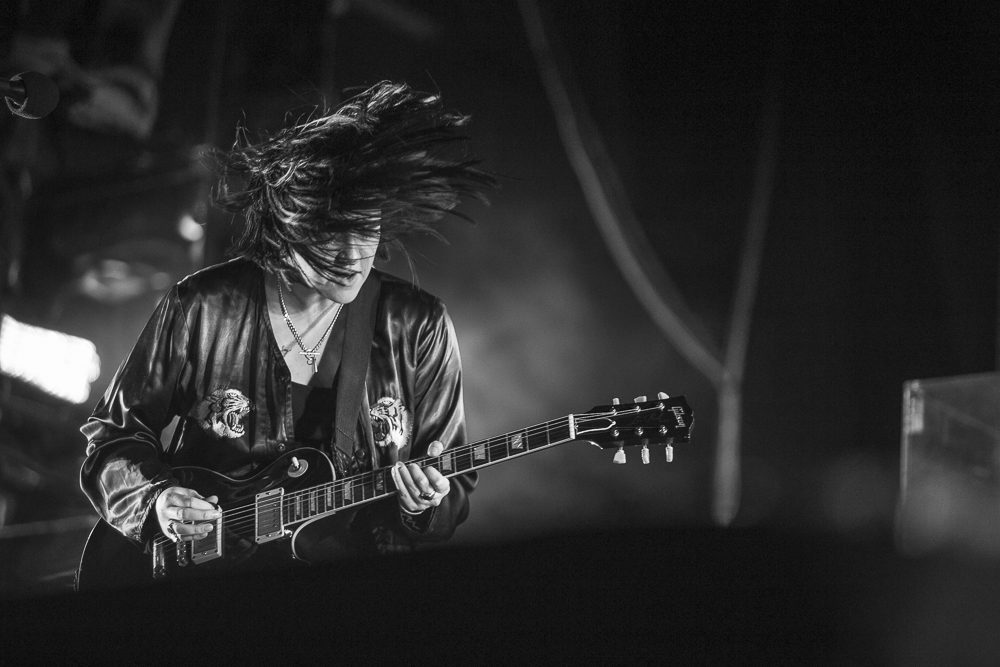