The wittiest, most enigmatic personality and biggest Sprite fan in hip-hop right now, Vince Staples is making a dent. The Long Beach native has been turning heads since the release of his debut LP Summertime ’06, helping quip articles everywhere describing his powerful lyrics and grounded “like it is” demeanour. His early days sleeping and recording in the studio of Odd Future foreshadowed his work with producers like No ID, James Blake, Clams Casino and Flume. His follow up records Prima Donna and Big Fish Theory expanded upon his distinctive skills, while his talent as a communicator and ability to bend genres became a talking point amongst those both inside and outside of the industry.

Still, for all of his success thus far, Staples will tell you that the only thing that matters is his product. He’s just a regular guy; completely unconcerned with the distractions of fame and always blatantly aware of the world around him and his prosaic place in it. Such little ego is not exactly rife in hip-hop, which is a large part of Staples’ charm. He is bluntly sobering in a way no one else is.

This understated conviction translates in much the same way to his live show. No frills, just straightforward hefty club-ready hip-hop with athletic flows the entire arena knows by heart. Staples moves around the stage in a blasé fashion, before regaining focus, raising the mic and staring back down the barrel at his adoring crowd as he fires off prose.

Read our interview with Vince Staples 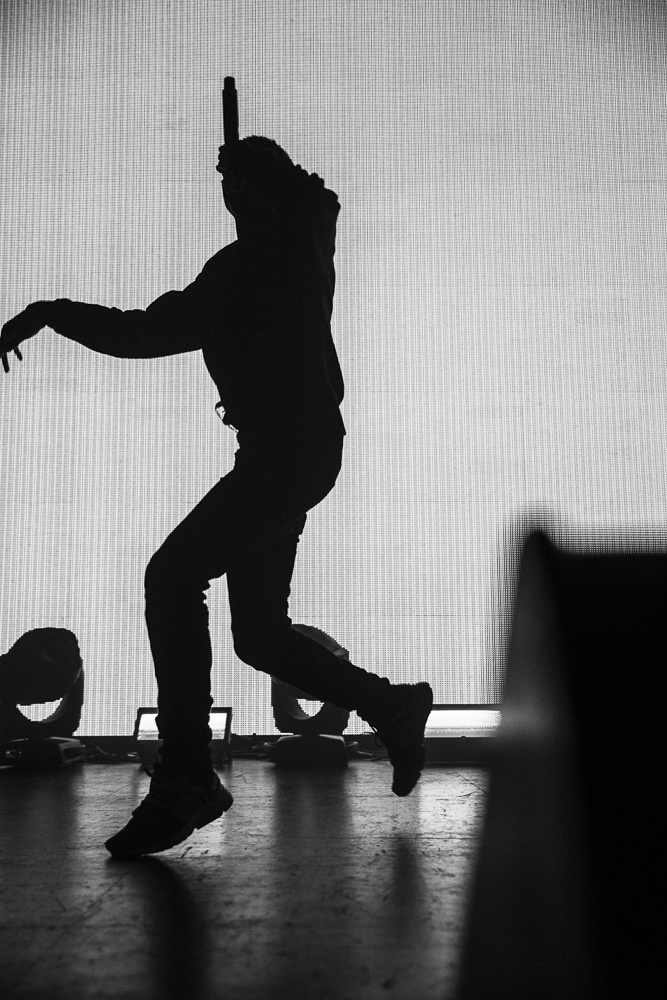 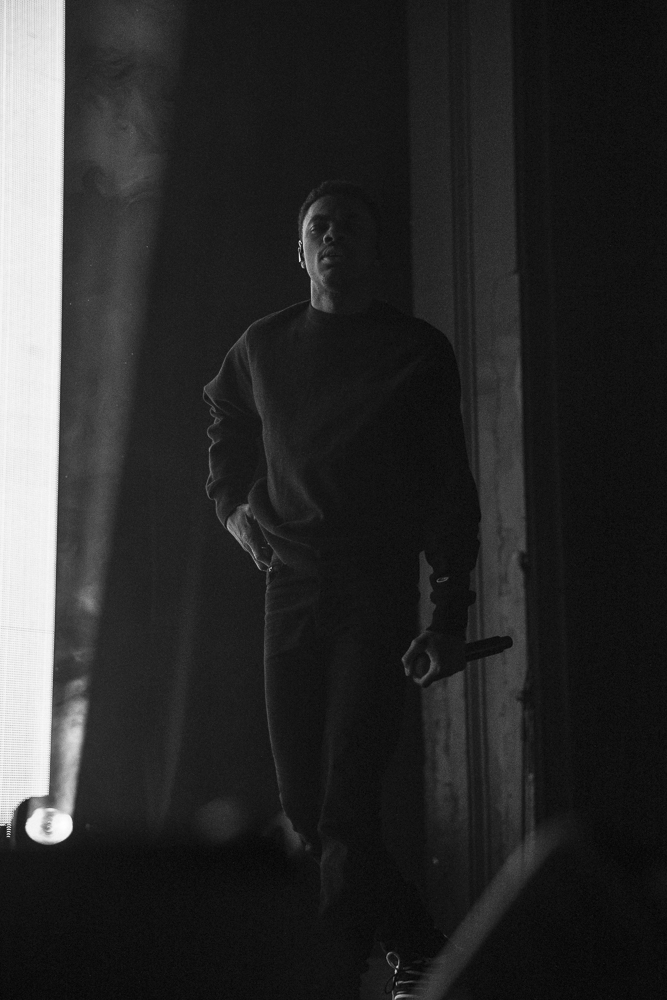 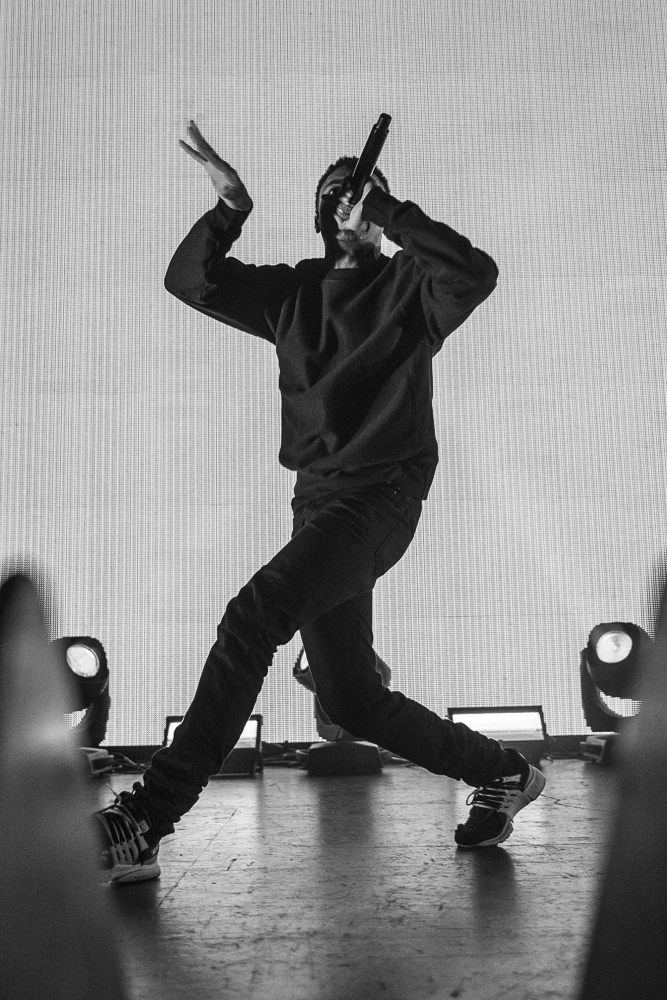 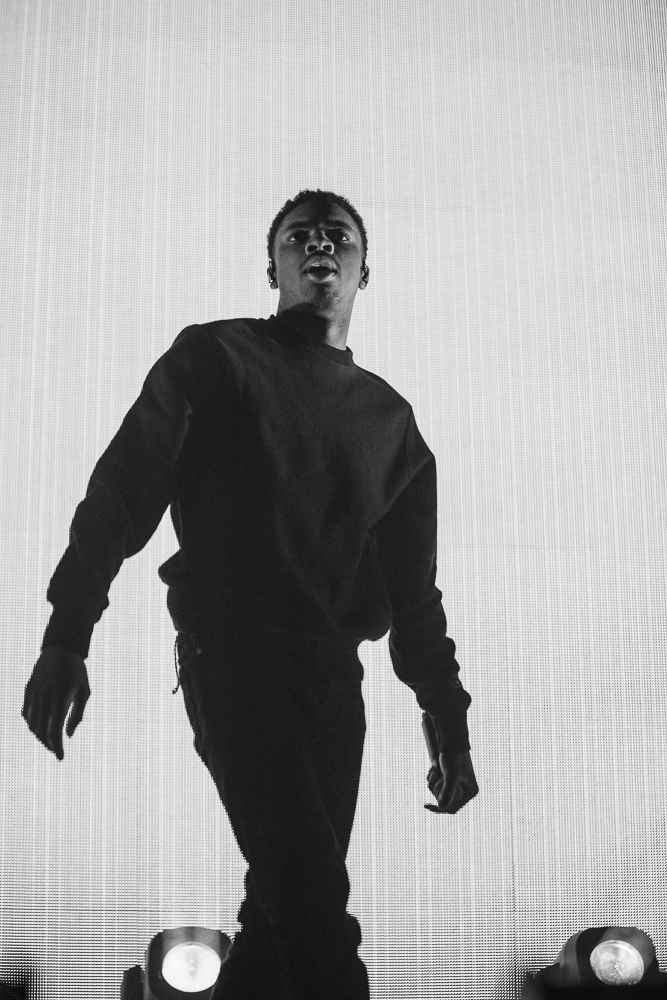 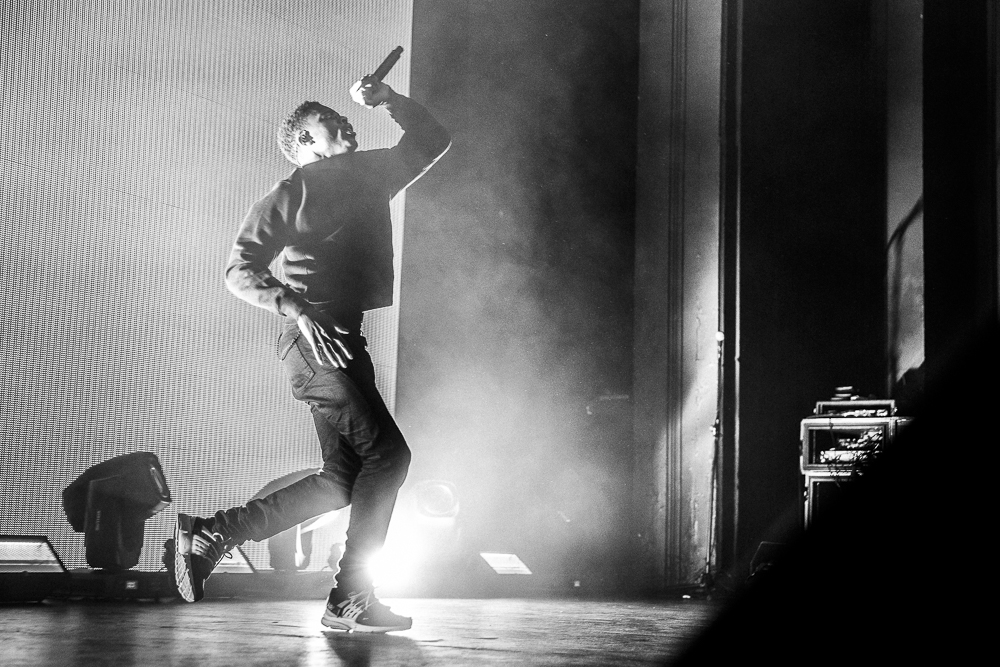 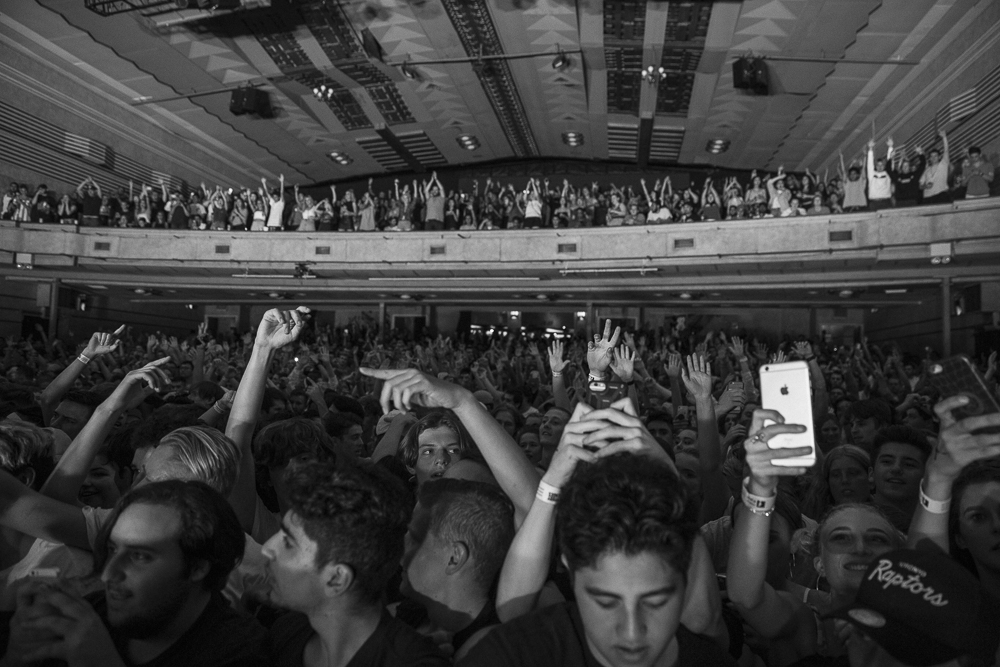 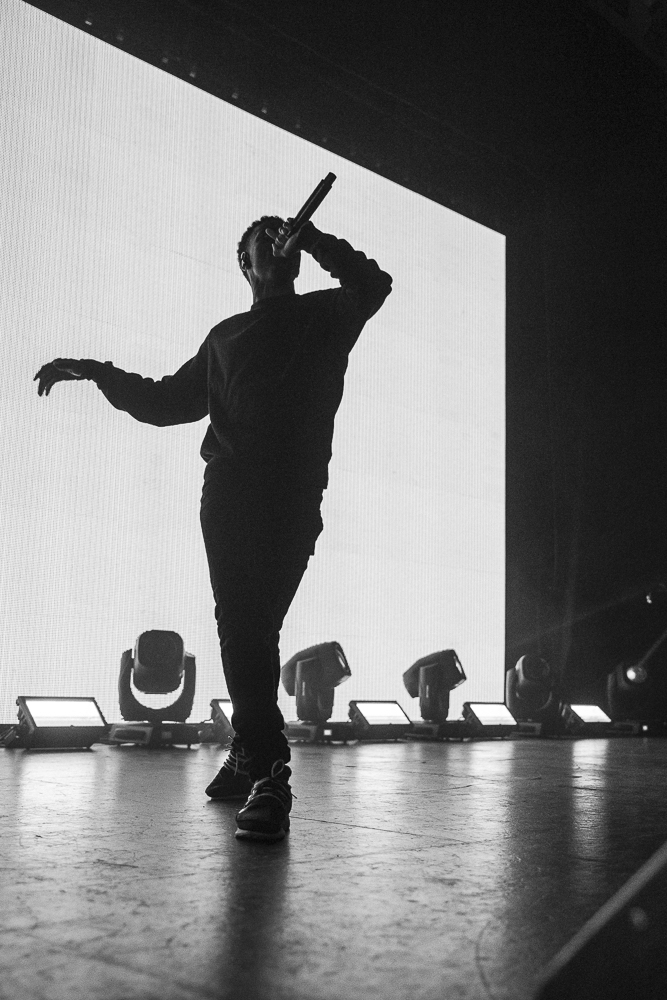 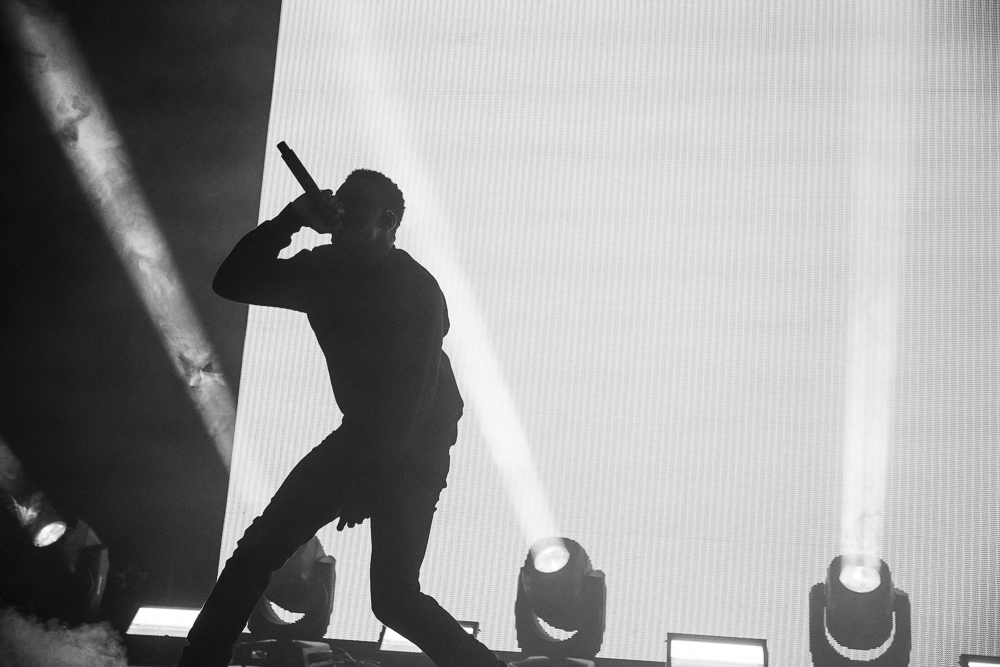 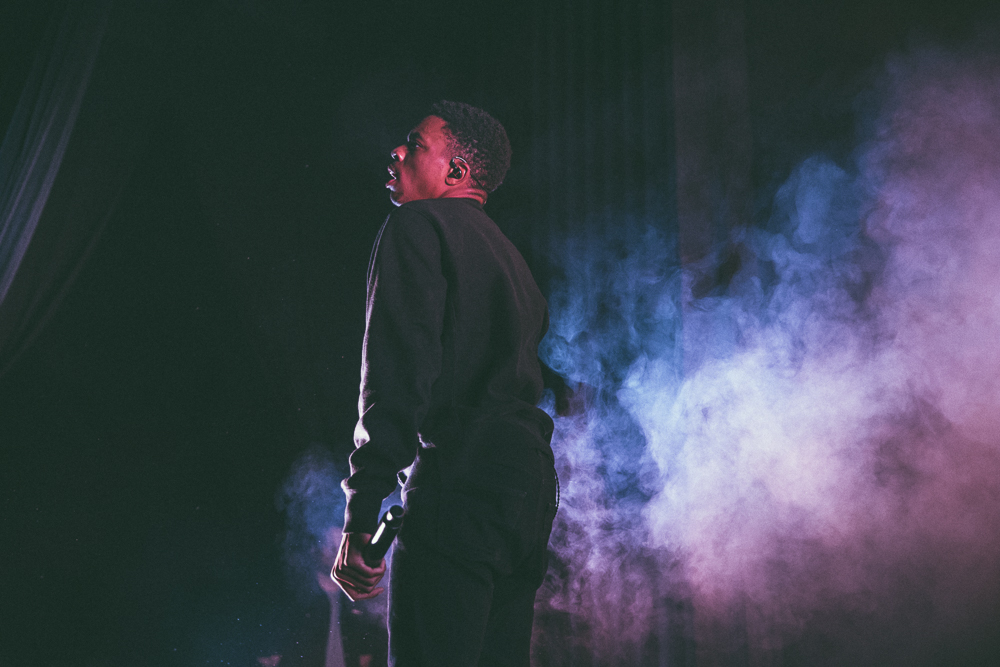 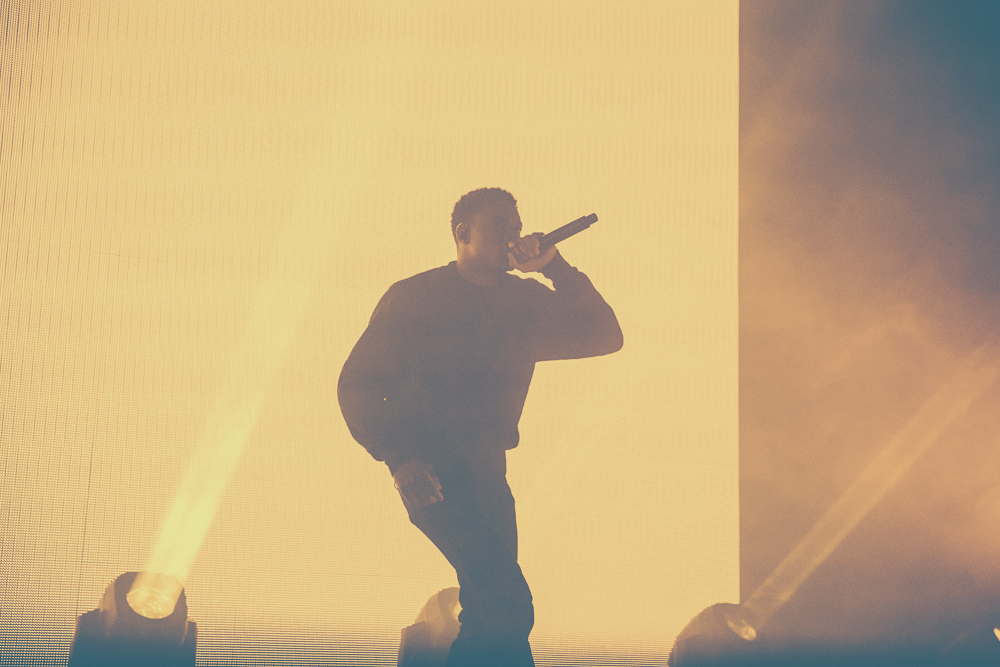 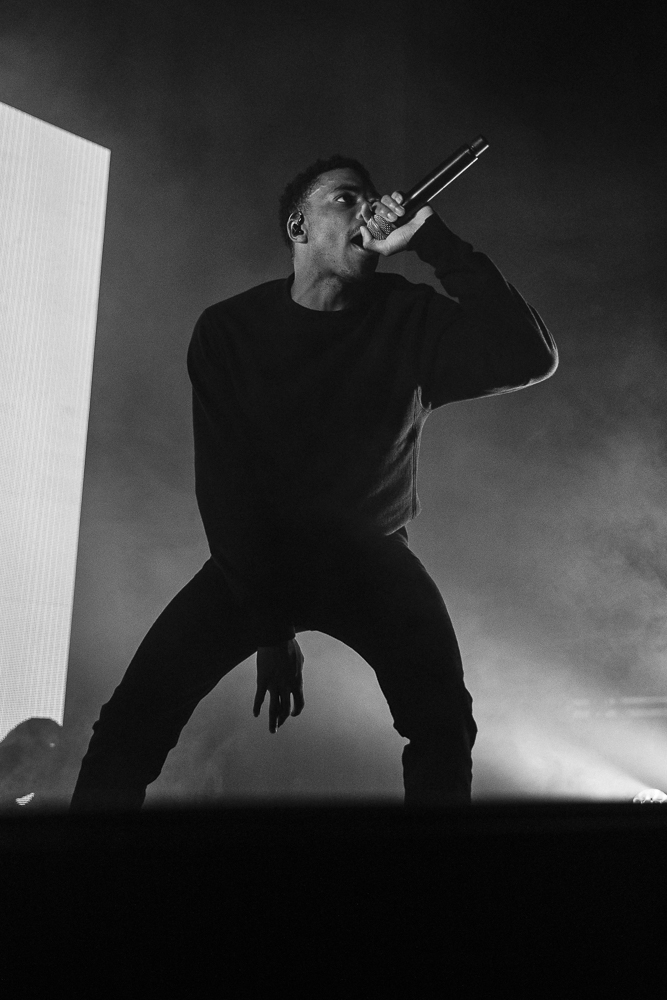 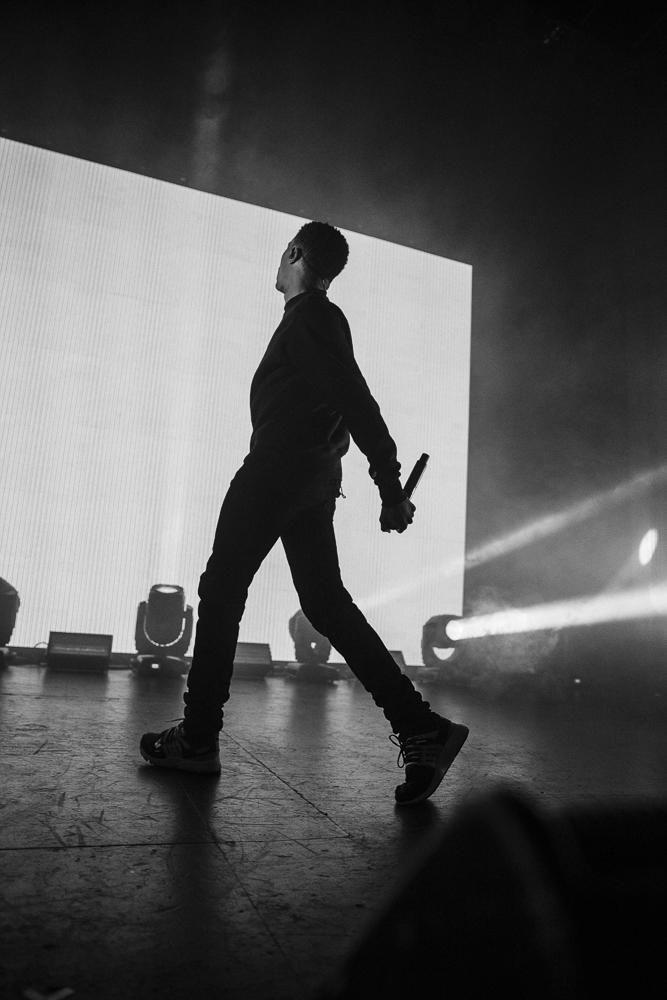 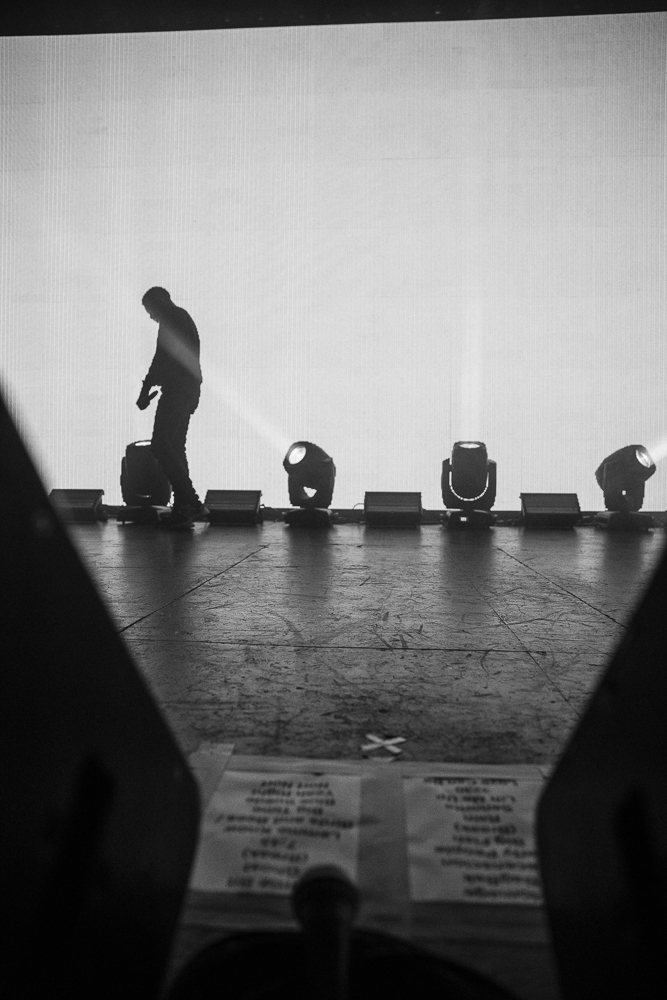 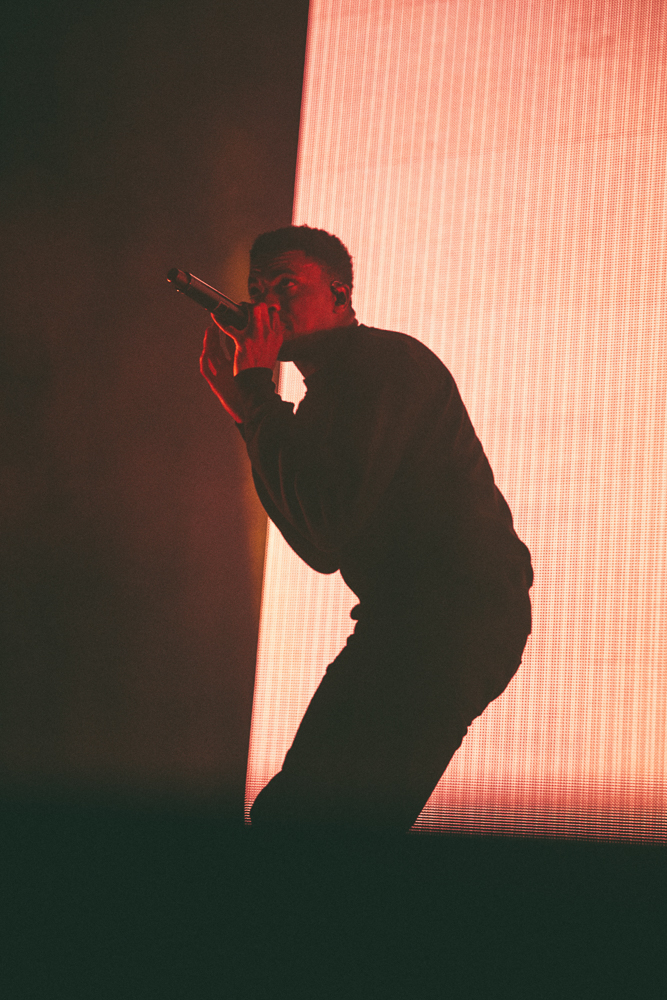 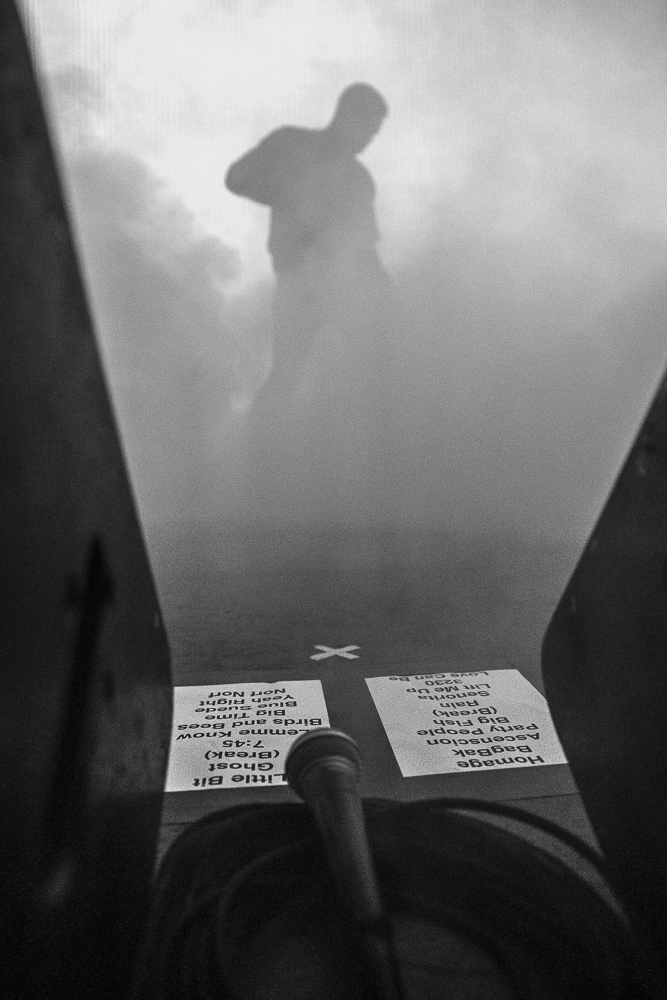 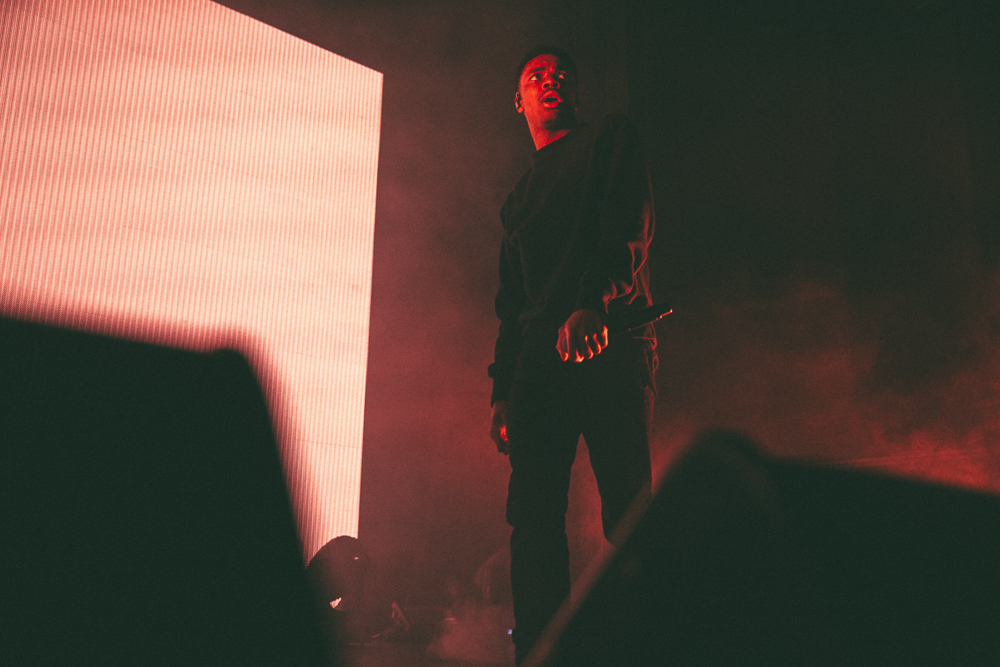 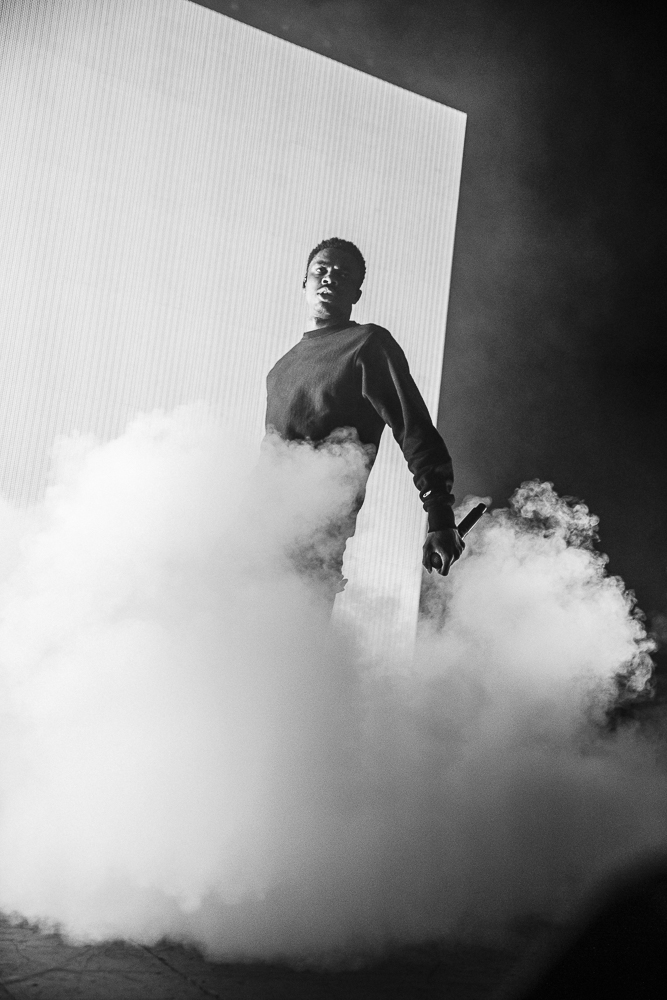 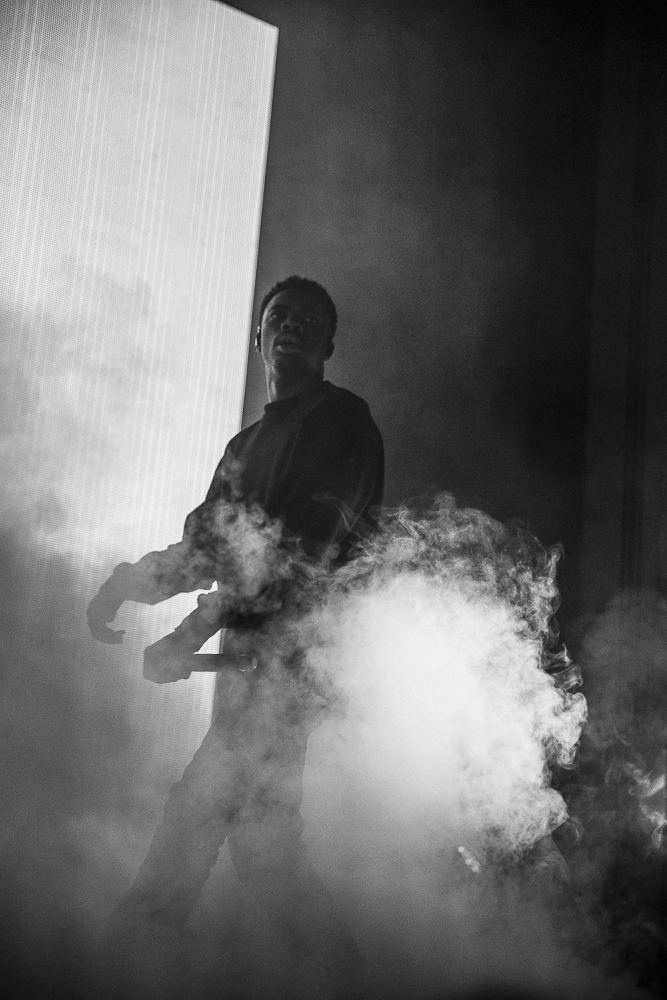