An incredible life-sized golden statue of Kanye West crucified, with nails through his hands, wearing a crown of thorns, gold chains and West’s own Yeezy Boost 350 sneakers has appeared on Hollywood Boulevard in California.

The statue is called “False Idol” and has been erected by an artist known as Plastic Jesus, in collaboration with another artist named Ginger, known for the giant nude Donald Trump statues in various major US cities.

In an interview about the artwork, the artist explained the statue: “[West is] a genius at writing and producing but he’s not a God, and that’s where we put him. Until there’s an issue in his life or a hiccup in his career, then we crucify him.

“By all means, treat and respect these people are artists, but don’t make them into gods—because we crucify our gods.”

The statue currently stands on the corner of Hollywood Boulevard and La Brea Avenue. Tomorrow it will move to an exhibition by Plastic Jesus and Billy Morrison – more details here.

West himself has not made a comment about the statue. Considering his reaction to the massive Kanye West graffiti that decorated a Sydney building last year, his reaction, one way or another, is highly anticipated. 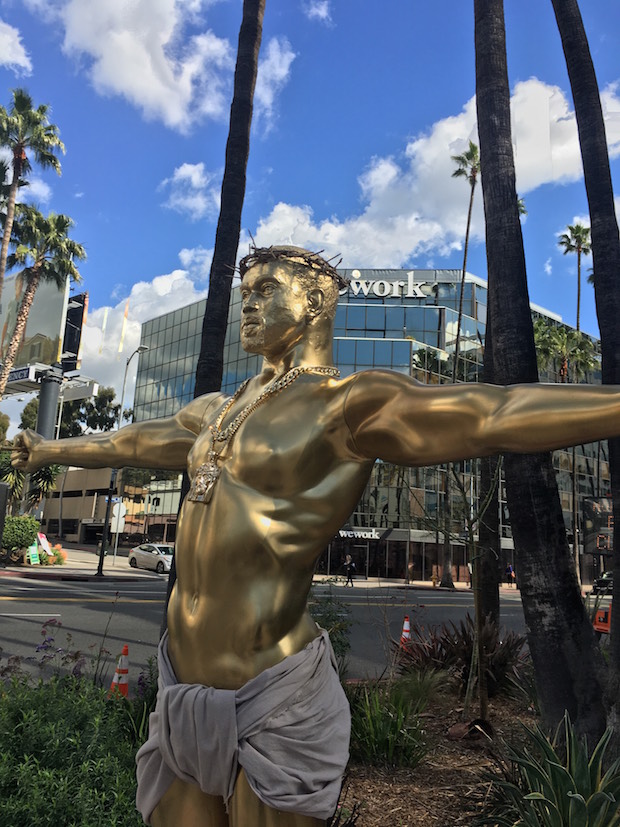 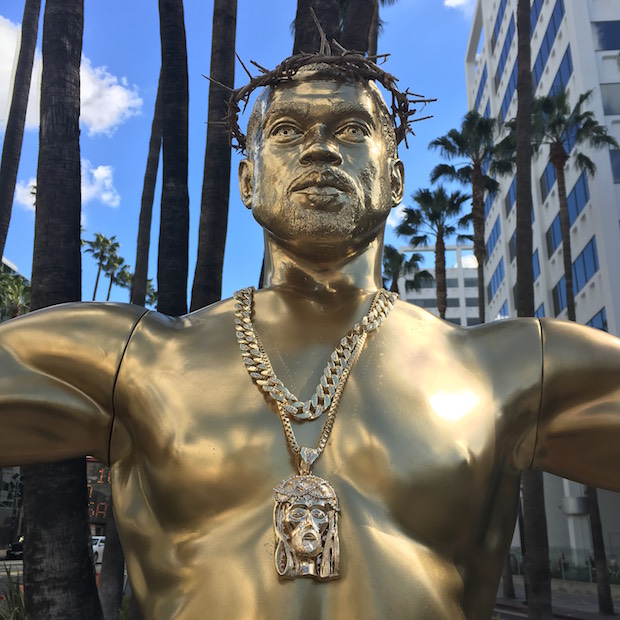 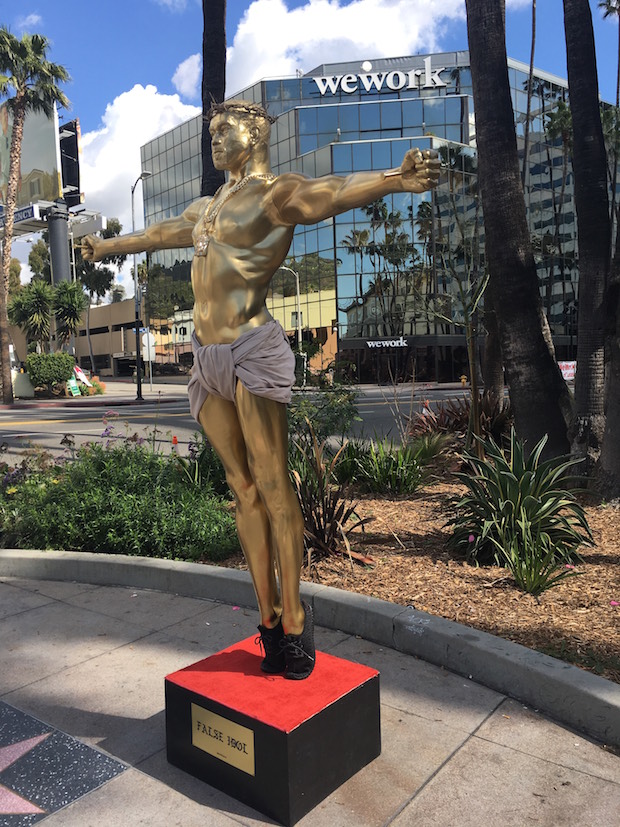