Not one week has passed in 2016 without mention of Kanye West. Sometimes we’re reporting about new music – he released a great album, The Life of Pablo, earlier this year. Sometimes the news hones in on his fashion projects and his visual art, such as the extremely controversial Famous video, or the hyper-sexual Fade. Often it’s about his family, with wife Kim Kardashian being one of the only people in the world who make Kanye look like the tagalong. Kardashian has experienced her own endless stream of news, culminating a few weeks ago when she was robbed at gunpoint in Paris. But most of the time, especially recently, it’s about his non-artistic antics, such as his tweets, his on-stage rants, and his generally divisive personality.

The higher you are, the harder you fall, and people love to see Kanye fall. People love to see him rise too, but a fall is always more newsworthy, it always grabs more headlines. Unfortunately, usually due to his respectable-but-inevitably-destructive lack of a filter, even his triumphs have been marred by criticisms this year; while The Life of Pablo was a fantastic album, the music itself – apart from the line “I feel like me and Taylor might still have sex. Why? I made that bitch famous,” – has fallen far outside of the spotlight, which has been reserved for criticism about his exclusive-but-not-really Tidal streaming, repeatedly tweaking the album after it had been released, his own anger at the album not being reviewed highly enough, the aforementioned video clips and so on. Similarly, remarkable as it is to see West successfully deliver several fashion lines, what drew more attention was his advertising for multiracial models, and his Yeezy Season 4 debut reportedly causing some models to faint after standing in the sun for too long.

Right before TLOP, Kanye made a serious false step by tweeting his support of Bill Cosby’s innocence. Just last week, he again reached similar heights of condemnation for announcing his support of president elect Donald Trump. This speech caused immense furore among his disenchanted fans who felt let down and ignored, his peers, and others who additionally noted that he had donated money to Clinton’s campaign.

His final Sacramento show, at the beginning of the second leg, began well with a welcome visit from Kid Cudi, with whom Kanye has been embroiled in yet another controversial and messy exchange. Soon it descended into a lengthy spiel about everything from Jay Z and Beyoncé to Facebook and Google, Donald Trump and even Q-Tip. The show was then cancelled after around 40 minutes.

Representatives for Kanye West have now reported that the entire remaining US leg of the Saint Pablo tour, which was supposed to wrap up on December 31, has been cancelled. It’s unclear as to whether more dates will be announced for 2017.

It’s understandable that fans are angry at Kanye; his show looks incredible (we were lucky enough to recently catch him in New York City), he’s put countless hours of effort into designing the floating stage and the show’s production. Nobody likes having concerts cancelled, especially someone of his calibre, someone that many make travel plans specifically to see.

It’s never been a secret that West is a workaholic, pushing himself to a point where he often comes across as ridiculous or unstable, especially when delivering speeches and sermons. His ideas are often perceived as wild – and indeed they often are, but he’s always managed to prove and justify himself through his art; not only is he one of the most commercially successful artists of all time, but many critics adore him. However, it’s come to a point where his art is no longer enough to hide or excuse a lot of his behaviour; it’s clear that Kanye West found his own limit; he’s reached breaking point. His antics, especially when they support Trump or result in cancelled concerts, are no longer excusable to his fans.

He’s pushed himself extremely far this year, not only releasing a fashion line, a shoe range, an album and an elaborate tour, but he has two small children and a wife whose entire family are the most constantly watched family on the planet. No matter where he treads, he finds criticism, controversy and beef, inarguably orbiting him like a moth to the flame. A representative has claimed that the tour’s cancellation is a result of “exhaustion” and frankly they’re probably being honest. 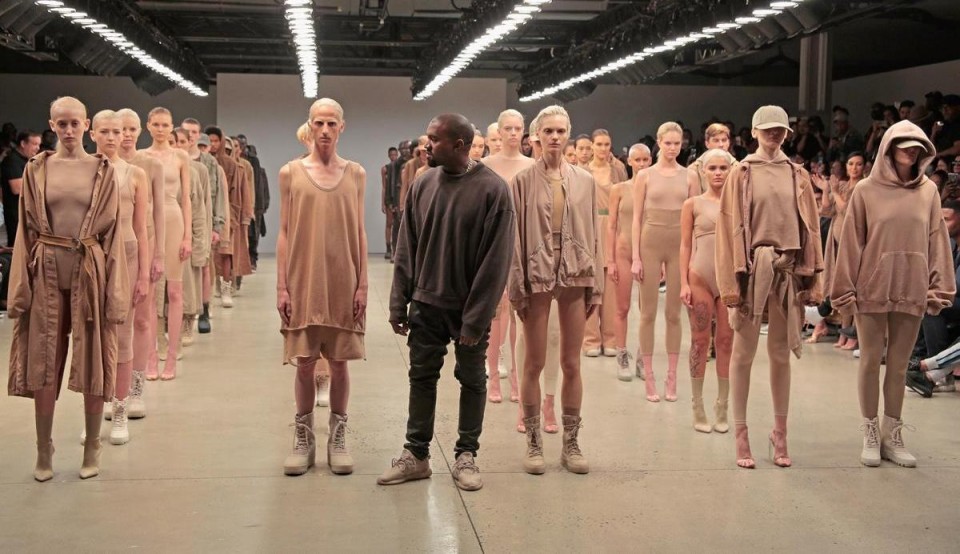 It’s a good thing that Kanye has cancelled his tour. It would’ve become a lot worse if he hadn’t. If history is anything to go by, he would have grown more erratic, less able to filter himself, and much more likely to create negative headlines than positive ones. He’s just human, even though he pretend he isn’t. He, like the rest of us would, needs to take time out away from the spotlight, away from the cameras and microphones and critics.

To end, let’s revisit a few lines from the MBDTF track Power.

“Screams from the haters, got a nice ring to it / I guess every superhero need his theme music” / “We ain’t got nothing to lose, motherfucker we rolling / No one man should have all that power… I’m tripping off the power… this is way too much, I need a moment.”

“I embody every characteristic of the egotistic, he knows, he’s so fucking gifted. I just needed time alone with my own thoughts, got treasures in my mind but couldn’t open up my own vault. / My childlike creativity, purity and honesty, is honestly being crowded by these grown thoughts.

“Reality is catching up with me. Taking my inner child, I’m fighting for custody, with these responsibilities that they entrusted me”

“Now this will be a beautiful death
(I’m jumping out the window, I’m letting everything go)
You got the power to let power go?”

Read more: Kanye West And The Problem Of Armchair Diagnosing