When ScHoolboy Q announced the Australian leg of his Blank Face LP Tour I was saving for this trip to America. I resolved that this would be a gig I had to miss out on. But, while scanning websites for gigs in New York I saw that Q would be in the Big Apple at the same time as I, and he was bringing Brooklyn future royalty Joey Bada$$ with him. How could I refuse?

Terminal 5 is an interesting venue, it reminds me of the Palace Theatre in Melbourne with multi-level areas and standing room. Joey took to the stage and the room went wild. As he bodied through classics like No, 99 and Christ Conscious I remembered just how perfect of an album B4.DA.$$ was and how important Joey is about to become in the global hip-hop scene. After bringing out a large portion of his Pro Era label crew, he closed his set with his latest single Devastated which blew the roof off the venue. It’s great to see people not only turn up for the support, but treat the support with the same level of enthusiasm as they would treat the headliner. 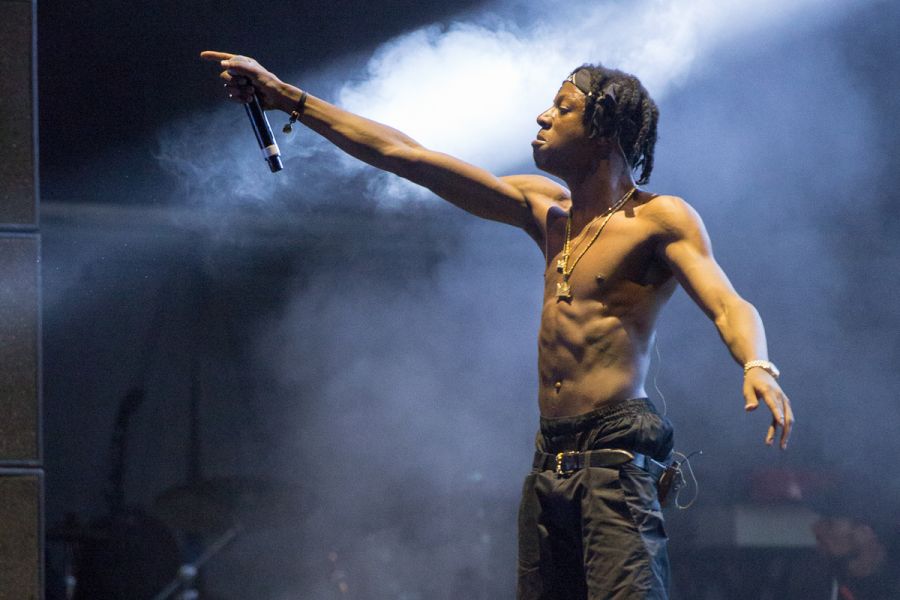 In between Joey and ScHoolboy Q the DJ begins dropping TDE bangers from the likes of Ab-Soul, Jay Rock and of course Kendrick Lamar. The mood was electric as the DJ proclaimed “Ey yo! But this is New York right?” as the opening notes of Harlem rappers A$AP Ferg and A$AP Rocky‘s Shabba send the crowd into a frenzy.

The time is right as ScHoolboy emerges from the dark, while neon lights spell out Blank Face LP Tour in the background. The kid intro for Oxymoron‘s lead track Gangsta is heard and the room just explodes. From the very first bar to the very last of the set, ScHoolboy is 100% on point. When I first heard Blank Face LP I wasn’t sure how I felt about it, but after seeing Schoolboy Q perform it live in a packed NYC venue, it’s easily been confirmed as one of the best hip-hop records of the year (read our review here). 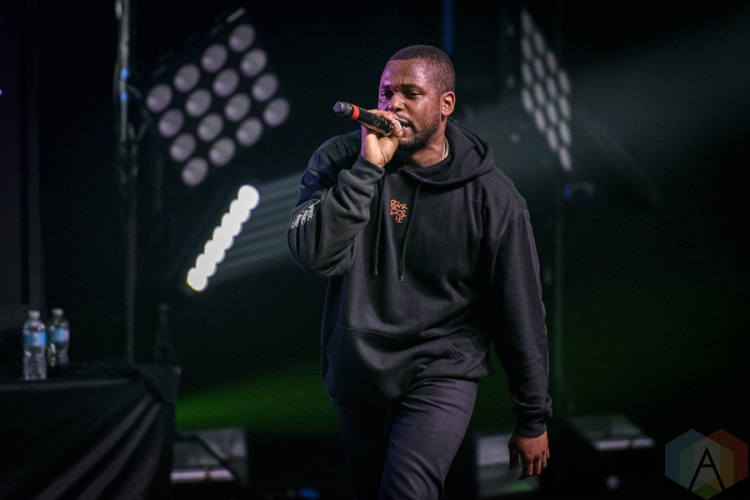 By Any Means, a standout from the new album, followed while Q basked in awe of his audience. “I know this is the Blank Face LP tour, but I gotta do Oxymoron too cause y’all are lit!” before launching into What They Want (sans 2 Chainz). Collared Greens followed and Q walked up and down the front row asking “Who knows Kendrick’s verse?” One lucky fan was given the opportunity to spit alongside Q in place of King Kendrick – talk about big shoes to fill.

Unfortunately the kid just wanted to get up on stage and jump around, he didn’t actually know any of what is one of the best verses on Oxymoron. It’s one of those moments where at the back of the venue you say ‘I could’ve nailed that’ but probably would freeze up if you actually had to get up there. Q shook his head before turfing him off the stage, launching into WHateva U Want.

It’s at this point ScHoolboy Q takes a moment for reflection. “I wanna thank you, before y’all I was a fuckin’ loser.” He smiles at his screaming fans. “Now I have custody of my daughter, I can put food on her plate and now I can send her to the best school in LA!” as cheers erupt from the crowd at each achievement.

He notes that he’s only contracted for an hour set, but is nowhere near done. The encore of the show is a masterclass in excellence. Man of the Year gets the crowd fired up, Hell of a Night is an explosion of hands, strobes and lasers. With all said and done there’s only one thing left: Blank Face LP‘s mammoth lead single THat Part. Being the Saint Pablo tour just wrapped up in NYC and Kanye West was still in the city for New York Fashion Week, I had hoped for a cheeky appearance, but no luck. Q closed his set as he opened, with absolute precision and talent.