B4.DA.$$- a funny stylisation of ‘Before Da Money’–  is the latest offering from 20 year old Brooklyn MC Joey Bada$$. Don’t let the ‘dollar signs’ fool you. Joey is not the next in line to the trap throne of ‘consciously unconscious’ rap, held by Wacka Flocka or Chief Keef. Nothing could be further from the truth. In fact Joey, and contemporaries Kendrick Lamar and Ab-Soul are emerging as the introspective antidote to that Hip-Hop toxin.

1999 was the name of Joey’s first, hugely popular mix tape. Even though Joey was only four years old in 1999, it’s the sound of the late 90’s, his personal “golden age”, that he’s emulating. To call 90’s rap an ‘influence’ on Joey’s music is an understatement. His aim is simple: flawless reproduction of the absolute best of the era. Some websites have the albums genre listed very specifically (and very accurately) as ‘boom bap,’ a subgenre no longer practiced in mainstream hip-hop. It’s easy to forget that Joey is only 20 years old, and B4.DA.$$ his debut album – the entire joint feels like the fifth effort of an East Coast veteran.

Joey himself describes his music under a subgenre of his creation, ‘Beast Coast.’ At its simplest, it’s just a label to describe the next generation of East Coast rappers, including ASAP Rocky and Flatbush Zombies. The label seems fitting for track Big Dusty, which continues a tradition of capturing the grimy and haunting quality of New York City.  “I guess my CD really shaking the coast / cause this really be the year that I feast, capisce? Nothing defeats the Beast.” Laid over a traditionally minimal beat, the track has all the qualities of East Coast Rap, but with an added ‘beastly’ aggression and intensity.

Just like the Italian Renaissance, which revived the brilliance of Rome after the Dark Ages – Joey’s throwback album seems so fresh next to the dross of modern hip-hop. As a lyricist, Joey is comparable to anyone else in the game. The album is littered with highly quotable one-liners. “I got the blueprint to this shit / Jay to the Oh Vee” he menaces on No.99, “If Blue was a prince, I’m still Joseph Kony.” A quick check on rapgenius confirms that whilst Jay-Z might be royalty, it is Joey who is truly the KONY (King Of New York). “Balenciaga” is a fun word to say at the best of times. Joey combines it with “saga” and “henny agua” in Paper Trails to create a delectable assonance.

Similarly, Joey’s “third-eye open” music sees a return of ‘social consciousness’ that has been lost since the 90’s. Joey pays tribute to Nas in Piece of Mind – a track played to an incarcerated friend, lamenting that he can’t see his young child. It’s hard to believe that themes of struggle with poverty and institutionalisation, which used to be hallmarks of the genre, are now mostly missing from rap. It’s actually novel whenever Joey touches on it. More importantly, he only speaks of money disparagingly, so refreshing in a genre that continues re-hashing the same tired themes of money and excess over and over again.

Joey’s vocal skills are just as formidable. A hip-hop album with so few featured rappers can often be aurally dull, but he employs his voice so effectively, that it often sounds like a completely different artist. He injects Hazeus View with the tones of St. Lucia and Jamaica, whilst he croons over Like Me, and outright screams on Christ Conscious. His voice is warm and soulful on On & On and gravelly on Big Dusty. And he’s a great singer, too. The ability to hit minor notes is a mandatory requirement for a new rapper in a post-Drake, post-Kendrick world. However, Joey is at times hampered by tradition.The typically slow genre doesn’t lend him the opportunity to flex in the way Kendrick could on m.a.a.d City.

With a nostalgic sound and a subdued nature, this is a very indie album. The commercial success of B4.DA.$$ is personally surprising. Its debut at no. 5 on the US Charts is probably indicative of the increasingly discerning tastes of music listeners globally. That’s not to say it doesn’t have some pop moments – Christ Conscious is the by far the most modern cut from an album steeped in the past. Despite the minimal beat, the hyper-aggression and thumping bass are modern trappings. This is the kind of track that gives Malia Obama (and her Pro Era selfie) real hood props. 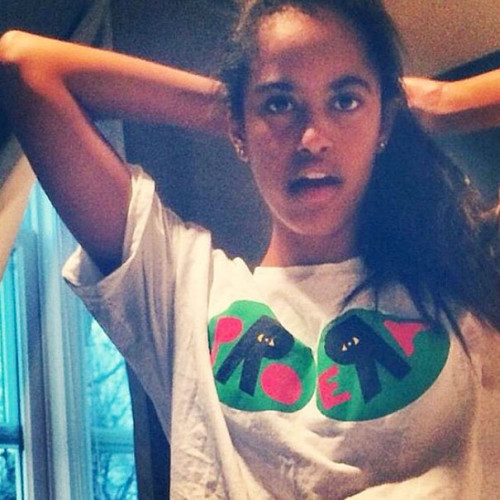 Teach Me is the album’s only other pop offering. Joey’s decision to relegate the song to a bonus track seems to show his embarrassment for commercially viable music. The infectious and fun song, with catchy vocals provided by Kieza is a welcome change of pace in an album that is always slow, often glum and occasionally repetitive. A staunch traditionalist, he’s thoroughly earned the respect of anachronistic hip-hop heads. No one could accuse him of selling out for occasionally releasing a song with a woman singing on it.

The first half of the album contains the majority of quality tracks, but it’s “Paper Trail$” – the darker, timely sequel to the Wu-Tang’s classic C.R.E.A.M, that is the absolute standout. The pacing and building intensity creates a sense of hunger and urgency that’s consistent with the song’s message. The beat reaches fever pitch when the drums kick in significantly on the line “this kid ain’t been the same since Biggie smacked me at my christening.” Joey’s ultimate agenda is homage to greats like Biggie.

There’s room for some criticism of Joey’s perfect adherence to the 90’s rap rulebook. Whilst Kendrick Lamar’s breakthrough good Kid paid respect to the West Coast tradition, it was still an original and progressive piece. The same cannot be said for B4.DA.$$ which is less homage than perfect mimicry. Having said that, if it’s not broken, it doesn’t need fixing. This is a sophisticated and intelligent debut. Very curious to see what he does next.