Although André 3000 is not so obviously withdrawn as, say, MF DOOM or Frank Ocean, he’s not exactly spent much time basking in the spotlight lately.

It’s been more than a decade since a full Outkast album, and any solo output or guest appearances are rare. Three Stacks only appeared on one song in 2015 (Hello on Erykah Badu’s mixtape But U Cain’t Use My Phone), one song in 2014 (Benz Friendz (Whatchutola) on Future’s Honest) and one song in 2013 (Farrah Fawcett Hair by Capital Cities).

Of course he didn’t always lie in the shadows; his early years were extremely prolific and influential, leaving a permanent cultural fingerprint on hip-hop. But there’s been more activity in 2016 than the last few years combined.

So far this year 3K has appeared on 30 Hours by Kanye West, on Solo (Reprise) on Frank Ocean’s Blond/e, and The Ends by Travis Scott. He is also set to appear on two songs on Kid Cudi’s upcoming album, both By Design and The Guide.

Additionally, he has been spotted in the studio with Gucci Mane (who claimed he was working with Outkast, but that’s unconfirmed) and has now been photographed working with Kaytranada. 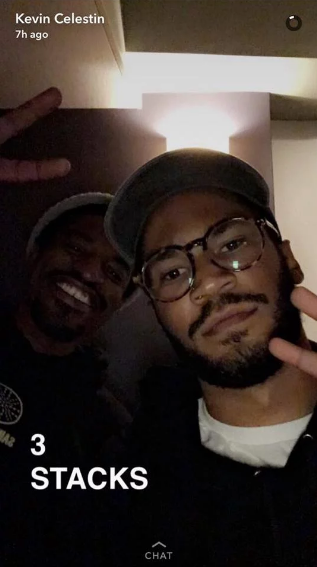 Just last month he performed with Big Boi on stage for the first time in more than two years, during a Dungeon Family reunion at ONE Musicfest 2016 in Atlanta. The pair played So Fresh, So Clean and Hootie Hoo among others.

UPDATE 11/16: 3k has also appeared on the phenomenal new A Tribe Called Quest album. He trades bars with Q Tip throughout the entire track, ultimately delivering one of the best songs on one of the best records of the year.

Perhaps the most noteworthy aspect of this flurry of activity is not the quantity, but the quality.

Every single word he’s uttered on record or on camera in 2016 has been tremendous – and that includes his candid musings about planet Earth for Adult Swim. Although his contribution was small, 30 Hours was a standout on The Life Of Pablo, and his track on Blond/e is one of the strongest verses of the entire year. While the Travis Scott track as a whole isn’t anything game-changing, Andre’s verse is engaging, dark and fiery.

One or two of these appearances would be newsworthy on their own, but to have this many in one year stirs up more than a little curiosity.

Even during Outkast’s 2014 world tour, he seemed reclusive, uncertain and almost spiteful. In an interview with electronic producer Nicolas Jaar, he admitted, “I didn’t wanna do the tour. We hadn’t performed in 10 years. It was old songs. I’m like, How am I gonna present these songs? I don’t have nothing new to say.”

“I felt weird about going out on stage and doing it again. I felt like people would be like, ‘Y’all are doing all these festivals, y’all are just doing it for money. And I felt like a sell-out, honestly.”

Now though, it’s clear something has shifted for André 3000. He’s found new energy, something new to say, and new ways to say it. What this means for a future solo or Outkast album remains to be seen, but the quality and amount of output this year proves he’s ready and willing to be more active and visible than he has in a long, long time.

We can’t wait for more – but only when he’s ready.