Sydney’s Volumes Festival is returning for its second year, and this week saw a second round of artists confirmed for the lineup of the two day event. Extending you an invitation to “Take a trip through a portal of sound & vision”, Volumes has now confirmed more acts from the most interesting and innovative artists that Australia has to offer.

The latest announcement lists a load of excellent names to be added to the bill: 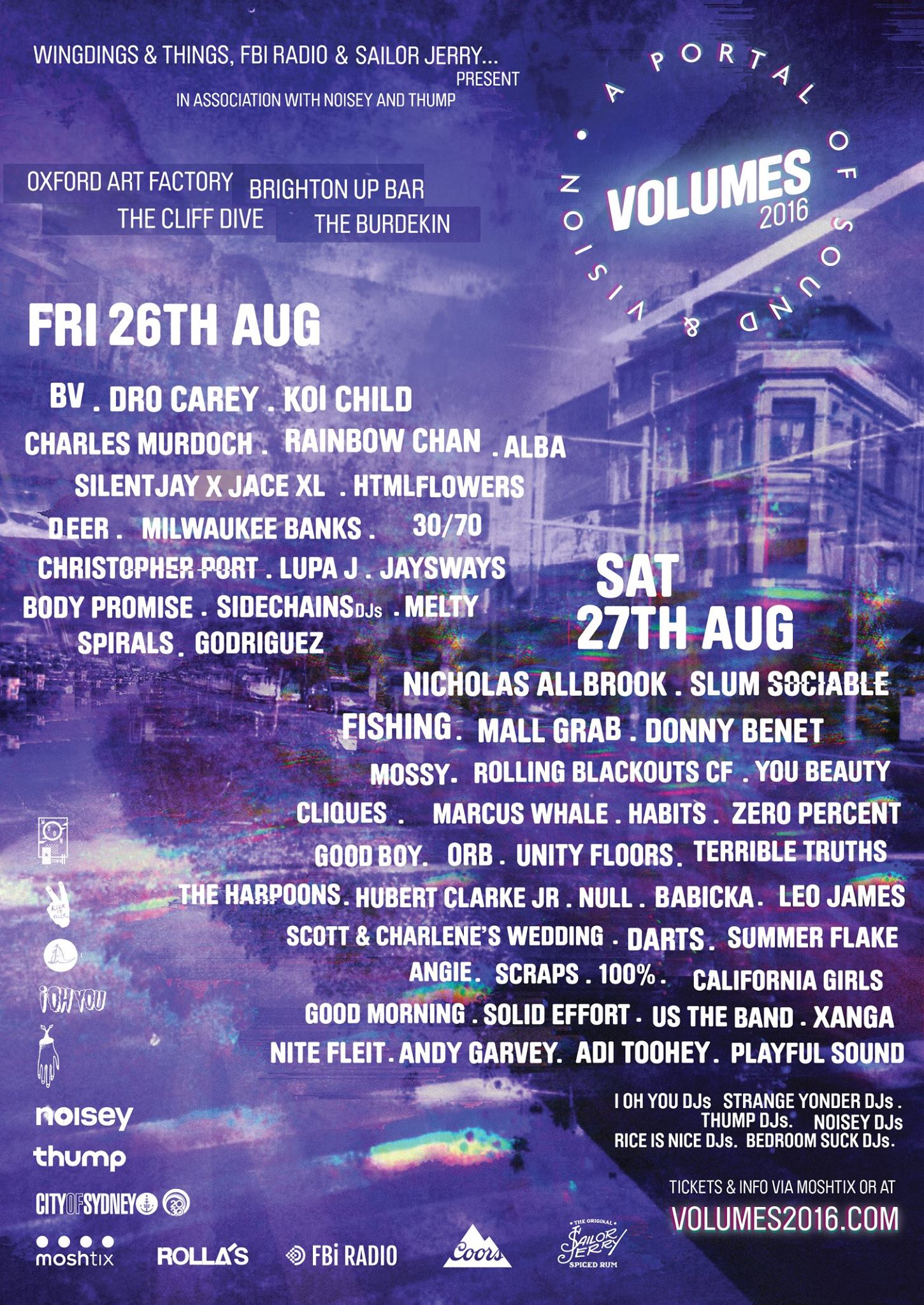 Event sponsors ROLLA’s jeans will also be joining forces with a handful of artists to design and create a run of exclusive limited edition band merchandise, set to be released and sold at the event. Volumes have also reaffirmed their collaborative work with not-for-profit group Do Darlo, whose aim is to support business to business collaboration, showcasing some of the best local food outlets and businesses in the neighbourhood.

More festival information and set times are due to be announced in the coming weeks, ahead the event on August 26 and 27.