“The greatness of a man is not in how much wealth he acquires, but in his integrity and his ability to affect those around him positively.” – Bob Marley 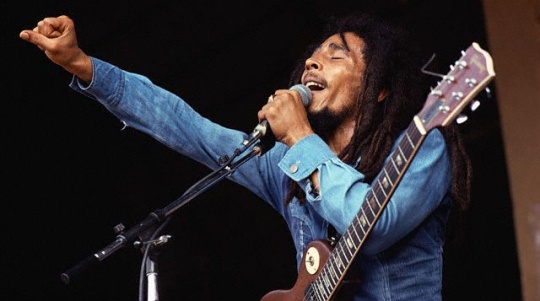 I found myself on the back of a bus wailing into the arms of a stranger, limp and red faced. I just finished watching The Wailers perform Legend at Bluesfest 2016, an amalgamation of Bob Marley’s finest work, and was on my way back to where I was staying. It was my third day at Bluesfest and I was searching for some type of reconnection with my childhood and deceased father.

My dad was a huge Bob Marley fan and I feel like he was more of a religion to him than any real religion. My father was a musician, creative and partygoer. He would organise parties, music and charity events, was always the last one left at the Byron market drumming circle and was known to some around the shire as Mr. Delightful. He always had something to celebrate. Growing up, he would say to me, “When I die, I don’t want you to be sad. I want you to throw a massive party and celebrate my life.” Celebrate we did. The Byron Shire (Byron Bay and its regions) threw him one last hoorah in the mountains of Mullumbimby, full of food, music and dance. I wrote and printed around 200 flyers with a short description and a photo of him smiling and handed it out to his near and dear at the party.

It’s been almost five years since my dad passed away, and nine since I moved to Melbourne. In the midst of trying to go through life without a father, find my place in the world, study, pave myself a career and still be fucking fabulous, I got lost. Overstretched and overstressed I needed to escape the concrete jungle of Melbourne and return back to my roots in the Bay. Reading the lineup and discovering The Wailers were performing over four of the five nights, with each night to feature a different Bob Marley album, I bought myself a pass to Bluesfest, booked my flight and headed home in the hope of finding something I lost along the way to adulthood.

As I stood in the crowd watching Dwayne ‘Danglin’ Anglin encapsulate the true essence of Bob’s message of love and unity, a message Anglin states, “People all over the world need,” I began to get that feeling I got as a child laying on the floor in our lounge room, in my what I would call a birds nest of blankets and pillows, listening to my dad cover Could You be Loved on guitar, singing at the top of his lungs.

As The Wailers moved through the set of Legend, I went from feeling a little stiff and somber to dancing with a big grin on my face in the mud (it rains every year at Bluesfest,) singing along to the classics: Stir It Up, Jammin, Three Little Birds, Could You Be Loved, No Woman No Cry and Get Up Stand Up. As they wrapped their set up, I let out a sigh of relief and began walking to the cloak room to collect my things. As I waited for the girl to collect my belongings, I gazed around the tent. Racks of jackets and bags stood in the middle of the tent and I looked around aimlessly.

Then I looked up to my left and there he was. My dad smiling down at me. The flyer I wrote for his party was pinned to the wall next to another photo of a young girl who passed away around the same time.

Written above them were the words: cloakroom angels. I asked who put it up there, and the girl pointed to a guy walking out of the tent. I told her it was my father with tears swelling in my eyes and she tried to run after him, but he was already gone. It was probably a good thing – the waterworks were in motion. Shuffling out of the festival grounds, I cried the whole walk back to the shuttle bus. I cried in the bus line and sat at the back of the bus, in the corner, covering my face with my hair. I didn’t want to cause a scene, I just wanted to cry. A couple sat next to me and asked me to move over a little; I thought the woman was being a little aggressive but maybe I was just being sensitive. The crowd was chaotic, and the guy sitting in front of me obnoxiously yelling and swearing nothingness into the crowd pouring into the bus. The couple next to me challenged his rudeness and I tried to contain my tears. I curled up next to the window, my earphones in listening to Fortune‘s Bomber EP, with the lyrics, “A coat of armour on me like your arms around me” penetrating my ears, causing more tears to fall down my already puffy face. The lady next to me noticed my tears, stopped arguing with the dude in front, leant over, wrapped her arms around me and whispered, “Don’t worry girl, I’ve got you.” And she did. She sat there holding me while I weeped into her arms for a good 20 minutes. This woman showed me nothing but love in one of my most public displays of vulnerability since 2011. I wasn’t crying because I was mourning my father, I cried because in these moments, I realised: there really is One Love and everything is connected.

I felt like Bob was up there on the stage singing with The Wailers. I felt like my dad was dancing next to me as I swayed to the sounds that reminded me of him. He was watching me while I collected my things. He was wrapping his arms around me through this stranger’s embrace.

Legend is what Bob shared with the world and Legend is what my dad played for me. They both tried to spread the message of love and unity through music. I felt like, because of music and its profound message of love this woman on the bus wasn’t afraid to show me kindness and compassion, something that seems so scarce in this day and age of indispensable relationships and notification gratification.

To me that is true embodiment of One Love and I’m grateful I was open to it.