It is now less than a month until the release of the Jeff Buckley rarities compilation You And I. A collection of original recordings and covers by Buckley, unearthed by Sony Music and identified as his first studio session. Out of the ten previously unreleased tracks, the listing has already been announced and includes an early recording of Buckley’s original song Grace, plus covers of Bob Dylan’s Just Like A Woman, and other versions of tracks by Sly & The Family Stone and Led Zeppelin.

Two Smiths covers have also been confirmed; I Know It’s Over and The Boy With The Thorn In His Side, both from The Smiths’ 1986 album The Queen Is Dead. Buckley’s rendition of the former is now accompanied by a new video clip produced especially for the cover. Directed by Amanda Demme, and with Amy Redford (daughter of actor Robert Redford) as executive producer, the clip premiered this week on Rolling Stone. 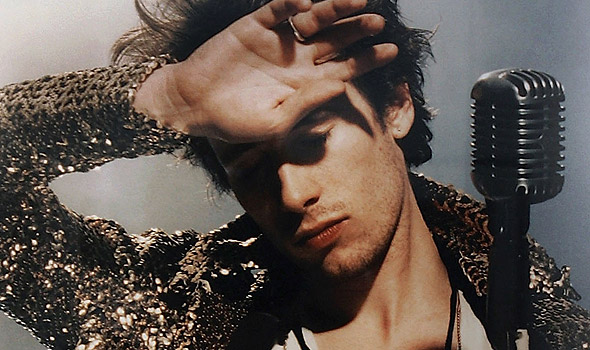 The song itself unfolds with Buckley’s inimitable delicacy. With the original already imbued with Morrissey’s particular brand of poignant melancholy, Buckley’s bare acoustic and vocals bring a sense of beautiful and cheerful sadness; the same depth of emotion that set Buckley apart as one of the most affecting artists in living memory. Touched by the same emotive feel in his music, Redford commented that, “When I first heard Jeff, he gave me permission to feel fully and with contradiction. He inspired me to fight for authenticity, and to feel confidence in simplicity. To collaborate on these songs coming to life, and to see the community of people who Jeff touched, has been a privilege.”

The clip portrays the quiet struggle of a mother whose child refuses to sleep in his own bed. It’s a familiar story, told through graceful, desaturated cinematography with subtle nods to Jeff Buckley throughout. In the private world of mother and son, wooden blocks marked with the initials “JB” and as the young boy strums his guitar to grainy live footage of Buckley. Hear the recording and watch and video below.

You And I is set to be released March 11 via Sony Music.