Despite only releasing one studio album during his lifetime, Jeff Buckley remains one of the most celebrated musicians in recent history. And even though Grace was the only release from Buckley before his tragic death in 1997, an appetite for his music has lead to the compilation of a sizeable posthumous catalogue. Comprised of demos and live recordings, one of the saddest aspects of his early passing was the incredible promise in this music that he never had the opportunity to formally record.

But it has now been announced that yet more material by Buckley has been unearthed in the vaults at Sony Music. Almost part of music mythology, YOU AND I contains recordings from Buckley’s first studio session, the existence of which has long been rumoured. The release is comprised of ten tracks of never before heard material, performed solo by Buckley. Containing mostly covers, including Bob Dylan, The Smiths and Led Zeppelin, YOU AND I also showcases the first ever recordings of Buckley’s Grace and another original, Dream of You and I. Adam Block, President of Legacy Recordings made this comment on the release:

“As we began to explore how we might celebrate the 20th anniversary of Jeff Buckley’s Grace, the vault–as it still occasionally and unexpectedly will–presented us with an unbelievable gift: this “lost” cache of studio recordings from the period… We quickly realized how remarkable they were. They offer an incredible, rare glimpse of an artist, alone, in the sacred space that is the studio. There’s an intimacy and an honesty to the performances that’s literally breathtaking. YOU AND I is an important addition to Jeff’s recorded legacy and will be a thrill for both his devoted longtime fans and newcomers alike.” 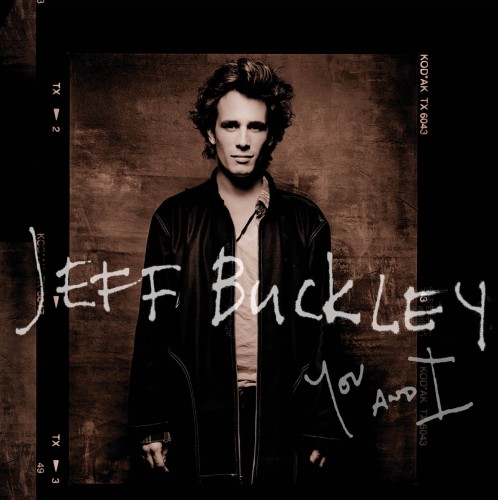 Showcasing Buckley’s rare and beautiful voice, as well as his exceptional talent as a guitarist, YOU AND I will be impatiently awaited by the huge number of Jeff Buckley fans. Set for release on March 11, 2016 on Columbia / Legacy Recordings / Sony Music Entertainment Australia. The album was also overseen by Buckley’s mother, Mary Guibert, and is available to preorder here.