Back in last December, Killer Mike, along with Big Boi and T.I., co-wrote and signed his name to an amicus brief calling for a reruling on the case of Bell v. Itawamba County School Board. The case in question concerns Mississippi high school student Taylor Bell, who was suspended in 2010 as a direct result of a rap song that he wrote and recorded. The song accused two of Bell’s coaches of sexual misconduct, following confidences made to Bell by fellow female students. Bell posted the track on Facebook, but he never actively performed or aired the song within the school itself.

Killer Mike (real name Michael Render), award winning rapper and community activist, has now co-authored an op-ed, along with University of Richmond associate professor, Erik Nielson urging the Supreme Court to hear the case. Though more than one complaint is made as to the handling of the case, including the shocking lack of proper investigation carried out by the school authorities, the op-ed also strongly suggests that Bell’s concerns were dismissed due to his expression through rap.

“If your child attended a school where male athletic coaches were accused of sexually harassing female students, would you want school administrators to investigate the allegations or punish the young man who made them public?”

Opening with this pertinent question, the piece goes on to illustrate how Itawamba County School failed to take Bell’s concerns in a serious light. Highlighting Bell’s spotless disciplinary record, the op-ed also mentions that Bell was convinced that any complaint against the coaches to the school would “fall on deaf ears”. It is a familiar story of a student feeling powerless against the authority of adult figures. It is also worth noting that the female students who originally confided in Bell affirmed the allegations in sworn affidavits.

Though initially the song was overtly brushed off by the school, with one of the coaches in question stating that he thought it was “just a rap”, the track has become the point of contention since Bell appealed his punishment. Killer Mike and Nielsen argue that Bell was not punished for making those allegations, but for choosing to express them through the wrong medium. 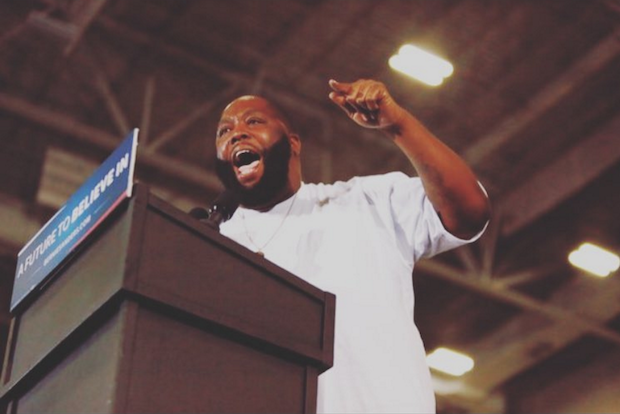 “As we argued in an amicus brief filed on Bell’s behalf — a brief that has drawn the support of numerous scholars and well-known rap artists alike — Bell wasn’t being punished for making threats against school employees, even if that was the school’s justification. Instead, he was being punished for using the wrong art form, rap music, as his voice of protest.

“Rap, which grew out of black and Latino communities that were facing urban decay at its worst, has been contentious, sometimes polarizing, for as long as it has existed. No doubt, this is in large part because of rappers’ willingness to confront institutions of power and openly defy social conventions with language that is provocative, even offensive, to some.”

The op-ed continues to illustrate how the kind of language used by Bell was no different from that of platinum selling rapper, citing Eminem, Nas and Jay-Z as examples. The piece appeals to its audience’s common sense, reminding us that despite what they might spit down the mic; we know that none of the claims made by the rappers are a true testament to their intended behaviour. Drawing parallels between violence in rap and other art forms, it states, “Likewise, we don’t assume that Quentin Tarantino, Stephen King or Johnny Cash carry out the (sometimes extreme) violence depicted in their art — because we acknowledge it as art.”

Pulling together the disparate facts of the initial dismissal of Bell’s recording, followed by the citation that, in fact, the song “threatened, harassed, and intimidated” school employees, forms the crux. The op-ed submits that in drawing on the “traditional” themes and styles of rap, Bell’s real message is eclipsed by perceived truisms attached to the genre, and particularly to young men of colour who do not have the affirmation of fame to vouch for their art.

“But as we have noted before, rap is often denied that respect, particularly in the criminal justice system, where amateur rappers, almost always young men of color who lack the name recognition (and bank accounts) of their professional counterparts, are routinely prosecuted for their music, either because people believe that rap should be read literally or because they just don’t like it.

The administrators at Itawamba Agricultural High School just didn’t like it. Although they maintain that the song was “disruptive and threatening,” none of them acted as though the song were a real threat; even the Fifth Circuit denied that it rose to the level a “true threat” (a category of speech not protected by the First Amendment).

Instead, what’s clear is that people were offended by Bell’s brazen attempt to stand up for his fellow students. During Bell’s hearing before the school’s Disciplinary Committee, one committee member made the school’s motivations clear, telling Bell, “Censor that stuff. Don’t put all those bad words in it. … The bad words ain’t making it better.”