Just a few weeks out from beginning his North American Gahdamn! Tour, Virginia based rapper/singer D.R.A.M. drops what might be the most beautiful and subtle promo video for the tour, in the form of the music video for the extended version of his collaboration with SZA, Caretaker.

The Nathan R. Smith co-directed music video features live footage of D.R.A.M. and SZA serenading and dancing with each other in front of a packed audience and opens with D.R.A.M. giving us a little behind-the-scenes before he hits the stage.

The original version of Caretaker appeared on Donnie Trumpet and The Social Experiment’s Surf album, but D.R.A.M. took the song and added the always lovely SZA to the mix to produce this fine-sounding version. It first appeared on D.R.A.M.’s GAHDAMN! EP, which dropped a few months ago.

The video shows the chemistry these two have on stage as they sing and dance with each other – D.R.A.M. even takes a moment to twirl SZA like a Hollywood (or Virginian) romance – it definitely feels like it’s meant to be. Is it just me? Or does this song make everyone want more SZA duets and D.R.A.M., or better yet a collab EP?

The video works as a tremendous promo for the upcoming tour, but unfortunately D.R.A.M. is only doing a short North American tour and won’t be visiting Australia – just yet. Check the poster below for details. 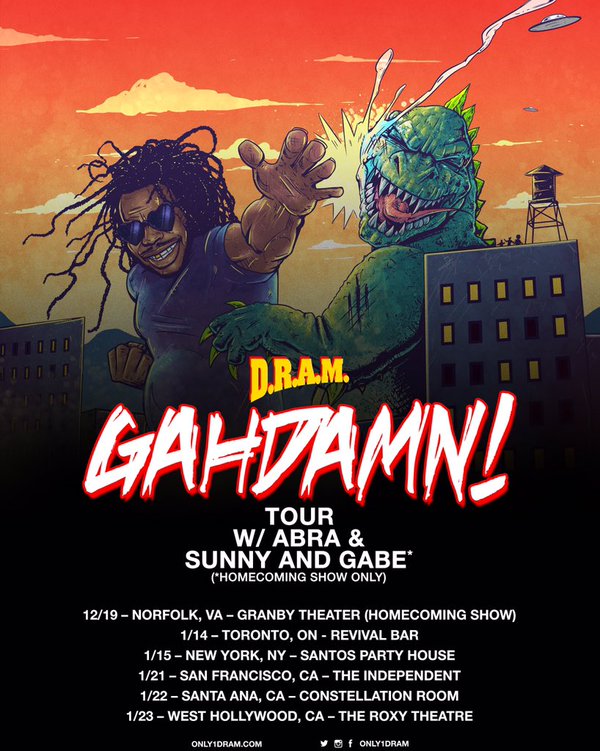 Read this next: There Needs to be More Hype About SZA