If you follow any Australian electronic acts on Facebook, no doubt you will have seen over the past two months that Perth resident Sable has undertaken a crazy and totally individual marketing campaign for his latest EP.

Starting early July, Sable started releasing pages of his own comic book, detailing his fight against Shadow Sable, his dark alter ego – who had stolen his USBs full of his latest tracks and his pet Kuro. Triple J’s Linda Marigliano featured in the comic, and artists like What So Not, Cosmo’s Midnight and Slumberjack all helped Sable by contributing lost schematics for his ultimate weapon. It’s been a really fun project to watch unfold, and the hype has only built as it’s gone on. He’s released a few new tracks in the process – joyful and bright as himself, and bass-heavy and dark as his alter ego Shadow.

Yesterday the project came to an end, with Sable announcing that his latest EP URL LUV would be releasing on September 18th, and linking a site full of Sable oriented games which upon completion would give previews to all the tracks. He’s also doing a tour to promote it, which by the poster one would assume would end in some huge battle between his two personas.

It’s really sick, and it’s really different. Big ups to Sable for doing something out there and getting such a good reaction out of it. Make sure you check the games at http://www.urlluv4.com, preorder the EP and check out the shows, dates below: 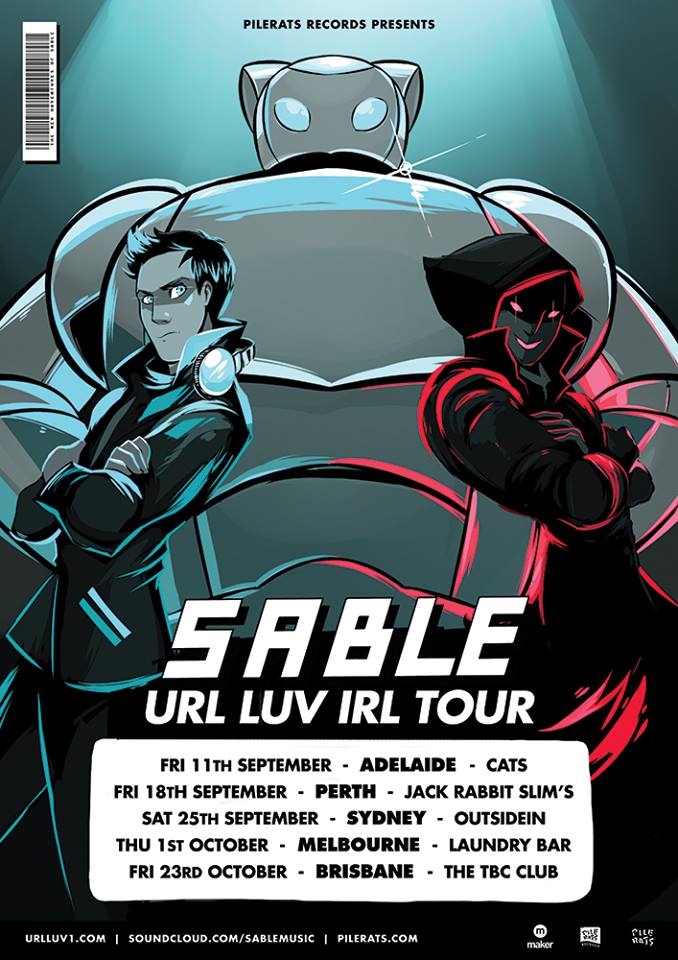