There’s nothing special about The Blueprint. It’s not innovative, it’s not groundbreaking. It explores the same themes as countless rap albums before it. Musically, it’s a half-hearted blend of old and contemporary. But nothing new. Yet what makes The Blueprint so memorable is its complete mastery of these conventions. The perfection of that tried-and-true formula, that same blueprint that had worked for so many rappers that had come before Jay Z. It is the archetypal rap album. The most emblematic of the genre. Bouncy rhythms and soul-samples. Dexterous rhyming and nimble flows. A boastful ode to hustling and rags to riches success. All these hallmarks perfected. If you had to pick just one hip-hop album to beam into space as exemplary of the entire genre – it would be this. And lord knows Jay Z has the technology to make that happen.

Get this. Jay Z’s The Blueprint was released on September 11, 2001. Album sales were strangely unaffected by the cataclysmic terrorist attack on the World Trade Centre, selling over 420,000 copies in its opening week. Further, Jay Z reportedly donated one dollar from the cost of every ticket sold from his tour to relief organizations. You don’t get to half a billion dollars by writing a whole lot of cheques. Hmmm. There are 4 letters in the name ‘Jay Z’. There are 4 letters in the name ‘Bush.’ George Bush’s daughter, Jenna Bush revealed in 2014 that her father “likes Jay Z.” Wait, did I say 420, 000 copies? Illuminati confirmed. 9/11 was an inside job. What more proof do you need that Jigga and Bush jammed out to On to the Next One at some Eyes Wide Shut sex cabal? 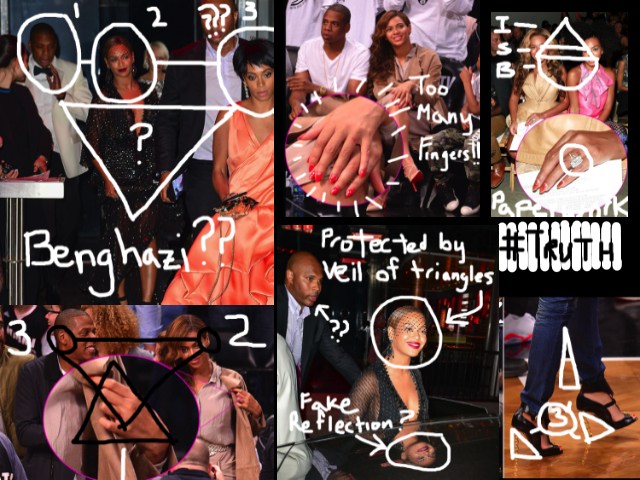 In 2015 it seems that we have the most respect for rappers who can ‘go in’ – rappers like Kendrick or Eminem, who can give us a relentless 4-minute barrage of lyrics without breath or pause. But as impressive as this ability is, you run the risk of talking rather than rapping. You forgo the sonic joy that comes with landing perfectly on beat. Consider the schizoid flow of Kendrick Lamar in For Free? – as mesmerising as it is, it loses a great deal of its impact. It doesn’t satisfy that aural urge to hear a rapper ride the beat. Jay-Z is a disciple of the beat. A student of rhythm. “Switch up your flow,” he warns Nas on The Takeover. A fair criticism against Nas and that East Coast school of stream of consciousness flow. Jigga is forever changing his flow; he treats rapping like dancing. He lands a complex move on one beat, and then relaxes. He does a quickstep, and then is motionless. Jay-Z skips along the beat. It gives musicality to his rapping. It feels like a song, rather than being yelled at. It makes even the most simplistic track (and there are many) positively bounce. It’s a delightful change from that East Cost tradition of simply speaking over a backing track (think Ghostface Killah). “I’m an 88, ’96 a reasonable doubt,” he says on Hola Hovito. It’s a completely unremarkable line. What is amazing is the cadence that makes it stick in your memory. It evokes another simple piece of poetry from another all-time great “dare I squeeze three, at your cherry M3?”

In 2001, hip hop production was dominated by the keyboard driven sounds of artists like Timbaland. Sampling as a deliberate art form had largely been abandoned due to the legal implications of copyright infringement. The Blueprint saw the partial return of the art of sampling, particularly soul samples exploited for hooks. It gave the album a crackly throwback atmosphere. To that extent, there is nothing sonically innovative in The Blueprint. Merely the partial return of something that had been done in the not too distant past. But The Blueprint did it better. It was more fresh than nostalgic; East Coast rap for the newly entered 21st century. Clean and crisp. No adornments, but not lacking anything either. Simple, but with teeth. Minimal, but big where it counts.

“Take ‘em to church” says Hova on Heart of the City, before the chorus comes in with a warm guitar riff and a Bobby Bland sample. The effect is soulful and more importantly, pure. The album is a masterclass in hip hop production and just as notable for the rise of two of the games most important producers – Just Blaze and Kanye West. Both artists create a vintage gloss through rich vocal samples of soul acts: Al Green, David Ruffin and the Jackson Five. It moves past the brutal sound that had been characteristic of gangster rap and becomes the sonic representation of confidence. There’s the staggering beat of U Don’t Know complete with robust drums and a high pitched vocal sample you might expect from German trance act Scooter. All the beats are just as self-assured as the lyrics. Music that oozes just as much charisma as “the 8th wonder of the world.”

Rappers have always struggled with how to moralise the crimes they commit. To be Robin Hood’s or even Escobar’s, but never actual villains. Countless albums have shown how drug dealing was the difference between abject poverty and boundless wealth. It makes the choice obvious. But drug dealing is uniquely insidious, in that it slowly destroys the very community closest to the individual who profits. Jay Z’s rhymes never acknowledged that in his effort to escape poverty, he condemned countless just like him to a pitiful existence. That’s why Jay Z has always painted his rise as revolutionary. Jay Z’s rise in spite of white oppression is the message. His image of decadence is not insulting, but subversive. “I do this for my culture,” he says on Izzo, “to let ‘em know what a n*gga look like / when a n*gga in a Roadster.” Jay Z’s enormous wealth benefits the entire black community for the sole reason that it is an affront to white people. A symbol of the black man conquering. And whilst the people of the drug-infested Marcy Projects where Jay Z grew up will never personally benefit from Jay Z’s wealth, they can benefit from him shattering the perceptions of race and power in America.

Because Biggie and Pac both died young, they never had to confront the dilemma of the ageing rapper: how can I still talk about poverty and crime when these things have not affected me in 20 years? In 2001, Jay Z came face to face with this problem. Everybody knew of Hova’s past as a drug dealer, a hustler working tirelessly to escape the ghetto. But the image became increasingly trite (and farcical) as his wealth edged ever closer to the half a billion mark. “I sell ice in the winter, I sell fire in hell, I am a hustler baby,” says Jay Z on U Don’t Know showing the depth of his slick sales pitch. The genius of The Blueprint lies in rationally linking past and present, Jay Z the drug dealer with Jay Z the entrepreneur: both are the story of the hustler. Never Change contrasts the fiscal concerns of both the drug pusher and the businessman. The savvy drug dealer buys crack on consignment to offset lost bricks. The canny businessman doesn’t flitter money on chains, but instead pays “lawyer fees.” Both demonstrate Hova’s unique business acumen and unquenchable hunger for more.

14 years later and Jay Z is still the hustler. He is a record mogul. The owner of his native basketball team. The teach guru behind Tidal. He has the ear of the President and is married to a Goddess. The formula is still working.