Forget Sonny & Cher. Move over Simon & Garfunkel. Daft Punk? Please. We all know that the ideal musical duo is none other than perennial weirdo RiFF RAFF, and tattoo crazed drumming aficionado Travis Barker. We can all give our thanks to the musical gods today, as we have finally been blessed with the product of this unorthodox (to say the least) pairing, the new track so aptly titled Spazz Out. Perhaps the emotional trauma from the Blink-182 split has led to Mr Barker seeking alternative forms of therapy. Enter Riff Raff and his unique style of doing basically everything. From having tattoos of Bart Simpson and MTV, donning an entirely denim outfit with Katy Perry at the Billboard Awards, to openly declaring that he could’ve had a successful career as an NBA player, Riff Raff takes the cake as the most unique and quite possibly the craziest musical personality. Peep the new track here. 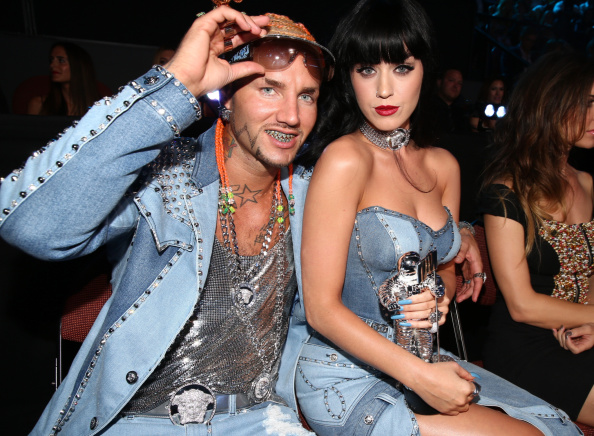 Wait a second. What do you mean that this song actually isn’t half bad? (It is here I would like to reference the perfect Muppets joke “It’s not half bad, but it’s not half good either!”). The song itself has been penned for the famous Warped Tour that RiFF RAFF is currently a part of, explaining the punk rock/alternative influences. Perhaps it’s because the beat is infectious in a weird way, or maybe it’s because the vocals sound nothing like RiFF RAFF, who is usually accustomed to singing about eating “fried okra with Oprah”. There has been some serious audio tweaking to his usual sound, and perhaps that’s a good thing. The track itself is nothing special, but its a passable upbeat attempt at fusing rock with hip-hop.

For my sake RiFF RAFF, please go back to doing absurd things, causing fashion faux pas and just acting like you usually do. It makes writing about you a hell of a lot more entertaining.

You can also enjoy this live version: