It’s been a year and four months since NSW lockout laws were implemented. The general response from our media is that they’ve been a resounding success. Newspapers, current affairs programs, police spokesmen and even Triple J’s Hack have all given praise, emphasising the significant decrease of violence in the CBD. But the negative effects have been almost completely unaccounted for. It’s time for the categorical denial of the social and cultural impact of the NSW lockout laws to stop.

The Lockout Laws, which exist in two designated areas of the CBD, are comprised of 1:30 am lockouts at NSW hotels, registered clubs and nightclubs, 3am cessation of alcohol in these venues completely, and ban of the sale of takeaway alcohol after 10pm in all venues across NSW. They also include a freeze on new liquor licenses and licence approvals in the Sydney CBD Entertainment Precinct and a continuing freeze in the Kings Cross Precinct. 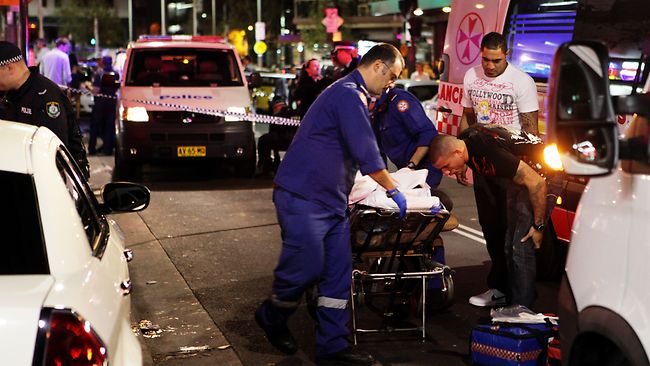 This is the hard evidence that most articles in favour the laws are hinged on. Violence in Kings Cross has, it seems, been combatted, and we’re not denying that this is a great thing. King’s Cross has always had a reputation as (among other things) a hub for violent, aggressive young men. The thing is, lockouts haven’t changed anything. These people haven’t disappeared. They haven’t stopped drinking, they haven’t stopped assaulting people in the street. Implementing lockouts doesn’t translate to people acting peacefully throughout a night and then going home between 1:30 and 3:00 am. The biggest change we’ve seen has been that these punters simply relocate to areas that lie just outside the lockout zone – places like Newtown.

In the past few months Newtown has become a mecca for young partygoers who don’t want the hassle of 1:30am lockouts and 3am last drinks. On Friday and Saturday nights in particular, Newtown sees hoards of people pouring into its venues, bringing the aggression and alcohol-fuelled violence with them. It’s not the location that causes trouble: it’s the people.

The government have looked almost solely at King’s Cross in the time since lockouts were brought in. Yes, alcohol-fuelled violence after midnight has indeed decreased – in King’s Cross. They haven’t bothered to check other areas, where it’s blindingly apparent that these incidents have simply spread out. Of course, it’s not that they don’t realise this hasn’t been happening. They’ve chosen to ignore it -much like the way they’ve chosen to ignore the fact that Sydney’s Star Casino, which is open all night, and inside the lockout zone yet exempt from its laws, as repeatedly been shown to be the single most violent venue in the city.

Some peer groups find that there is an underlying pressure to assert masculinity through violence and aggression. Of course alcohol, drugs, steroids and even energy drinks significantly contribute to the problem, by reducing inhibitions and self-control, often ending in impulsive action. It is cultural standards like these which needed to be addressed – not Sydney’s nightlife as a whole.

As someone who works on King Street in the heart of Newtown, and is friends with several of Newtown’s bartenders and residents, I could list ten accounts of violence, or reckless behaviour that I have personally seen in the last month. Last week on my way home from work, I walked past a man lying unconscious in front of the Marlborough Hotel. A minute later, police and paramedics rushed toward the scene. I’ve had a friend witness a group of young men running up a street with a baseball bat, smashing every street light they passed. This isn’t the Newtown we’ve grown up with. 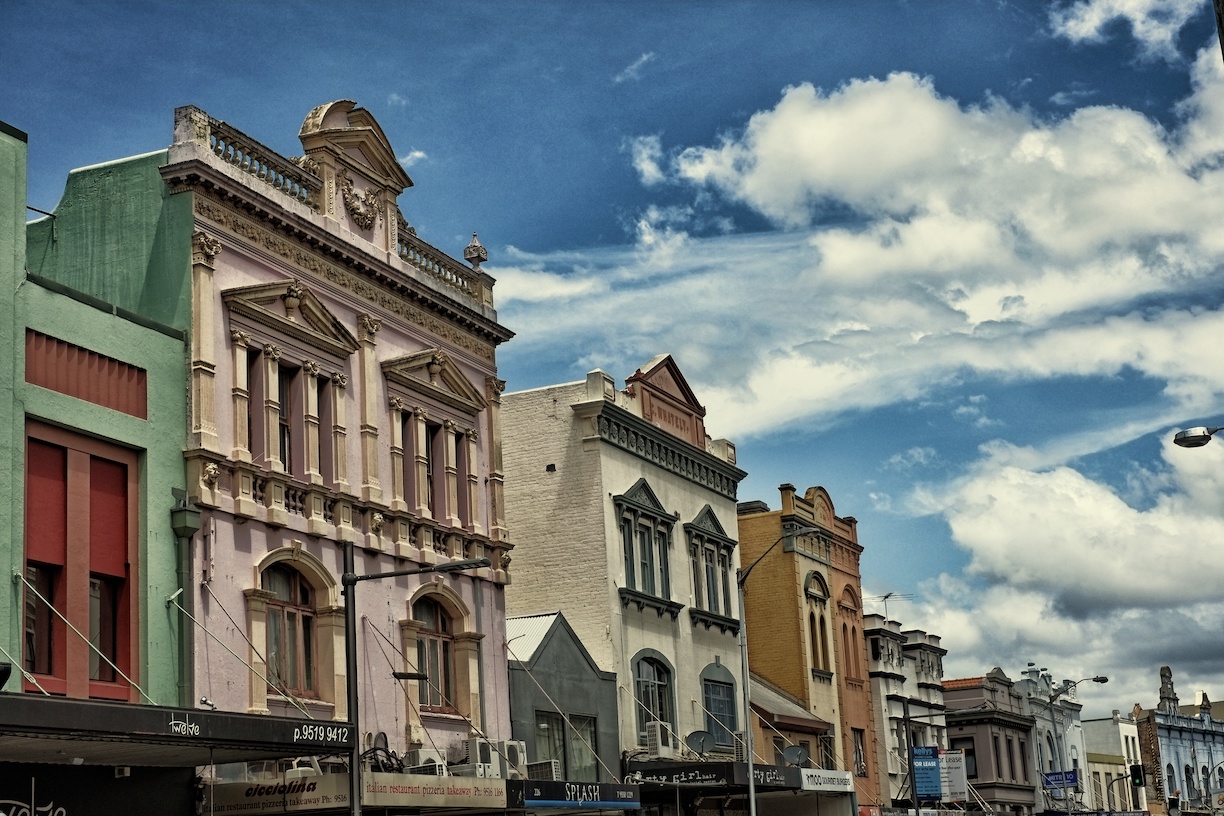 Pubs and bars are dealing with obnoxious new crowds. A bartender who used to work at the Malborough Hotel describes the kind of people who now come to King Street:

“The people who used to go to the cross, you know the type, people wanting to pick up, start a fight or get as drunk as possible are now coming to the inner west. The stereotypes are true. We’re serving less craft beers, old fashions and sours, and more wet pussys and vodka red bulls… All the lockouts have done is moved the problem elsewhere. It used to be contained in The Cross. They had the police presence there to control and sort it out. If you didn’t want to be amongst that crowd, you could stay in Newtown.”

Another bartender who works at one of the biggest, most popular pubs on King Street (but preferred not to name the venue,) revealed that she has seen people trying to start fights within the building , with one man attempting to punch a girl in the face. She described how Newtown simply isn’t equipped to deal with that kind of behaviour.

“Venues in Newtown aren’t used to catering for drunk crowds and are kicking them onto the street as soon as they see signs of them being intoxicated. It’s so strict because these venues are nice, sophisticated places, thats the reputation they have. They aren’t trashy World Bar pubs, they cater to an older crowd.”

Groups of intoxicated teenagers are being rejected from venues that don’t want to deal with them. Ironic, considering the initial aim of the lockouts was to prevent intoxicated and aggressive people roaming the streets late at night.

What makes this kind of hostile, self-entitled behaviour so awful, and so incredibly destructive, is that it is trashing what used to be a sacred space for alternative communities. Newtown has boasted a proud gay culture for longer than most of these young men and women have been alive. Moreover, it is a place that artists, hippies, transgender communities and general weirdos are able to feel safe and accepted.

At least it was until last Friday night, when transgender woman Stephanie McCarthy, was brutally bashed at the Town Hall Hotel by a group of young men. McCarthy, a local Sydney punk rock musician actually spoke to us about the attack. Among other things, McCarthy talked about her original decision to move to the area – and how the lockout has changed it.

“I found the Newtown/Inner West area to be the safest place for someone like myself… The lockout simply doesn’t work.”

This kind of aggressive homophobia and transphobia is probably one of the scariest faces of Newtown’s new nightlife. 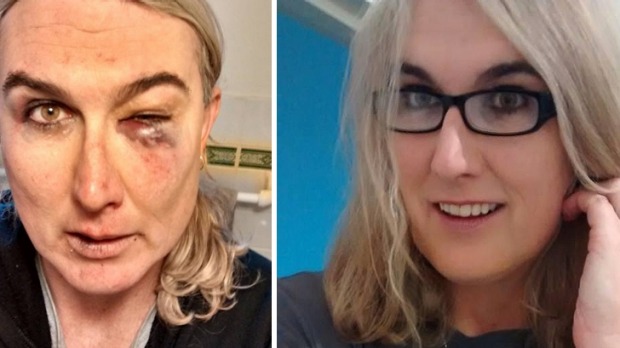 Lockouts may have reduced violence in the Cross, but in doing so they have shifted the problem around – particularly to another, incredibly culturally important place. A place that is even less equipped to deal with it. Violence in King Street may have been kept relatively quiet up until now, but we have only seen the tip of the iceberg. It WILL only continue to get worse. The NSW Government needs to take a hard look at the impact of the laws, because the damage that they are doing is irreversible.