Today being a transgender woman may be a little easier than it was ten years ago. It may even be easier than it was one year ago. But, it still isn’t as easy as it should be. In recent weeks we have celebrated the progression of attitudes in light of Caitlyn Jenner’s coming out, but for every hundred supporters there is one vitriolic detractor. Unfortunately words and actions of hate cut deeper than those of support, and the road towards acceptance still feels a long way off for some.

On Friday night local Sydney punk rock musician and trans woman Stephanie McCarthy was brutally bashed while she was waiting to perform with her band Love Maul at the Town Hall Hotel in Newtown. We covered the story here. It was shocking to see that despite an outpouring of encouragement towards Ms. Jenner’s Vanity Fair cover, acts like this were still a reality for some. About her attackers McCarthy says, “one offender has already been arrested and charged, and the main offender’s arrest wont be far away.” While justice may be served in a legal sense, it is alarming to see something like this happen in Newtown, a place historically known for its diversity and acceptance. 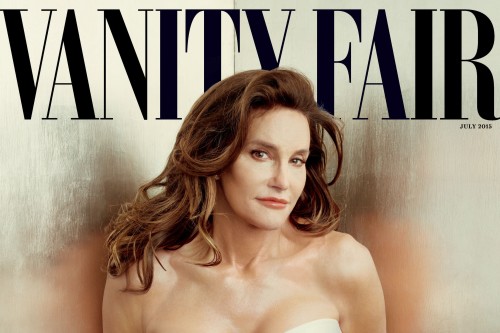 Ms. McCarthy moved to Sydney from Newcastle after transitioning two and a half years ago and says, “I found the Newtown/Inner West area to be the safest place for someone like myself, and on the whole it has proven to be that way.” Many blame the lockout laws in Kings Cross for an increase in violence in the area, with an overflow of those left on the streets flooding in and looking for fights. While the State government maintains that it is trying to make the streets safer, it’s actions are driving attackers right towards those who are most vulnerable. As McCarthy states: “The lockout simply doesn’t work. It just moves the violence from one area to another.”

Anyone who has been out to the Cross on a Friday or Saturday night can likely imagine the perpetrators. However, the reason why males that revel in their own masculinity are so threatened by transgendered women remains confounding. Last week we openly spoke out about vulgar comments made by prominent rappers Snoop Dog and Chris Brown, including a particularly repulsive statement by Snoop calling Caitlyn Jenner a “science project.” While it may not be surprising that proponents of a genre of music often criticized for it’s treatment of women would not be spearheads for the transgender cause, it is nonetheless disturbing that these messages are being received and gaining momentum.

On Snoop, Brown and those that perpetuate transphobia McCarthy comments: “Men like these need to degrade others to validate their own heterosexuality. It is immature, pathetic and it encourages the violence like the type I suffered.”

In light of this, I was curious to know how the local punk scene has received McCarthy as a woman and a performer. “The Sydney punk community has been welcoming to me from day 1,” she says. “It is easily the most diverse and accepting music community I have ever been part of. Sexism, racism, homophobia and transphobia is simply not accepted in this community.” In this world, the path has already been paved in some senses by front-woman Laura Jane Grace of band Against Me! who came out as a transgender woman in 2012. The group has since released an album called Transgender Dysphobia Blues.

With Against Me! touring at the moment I knew McCarthy was a fan, and asked what influence Grace has had on her as a person and a musician. “Laura has been very helpful to me over the last few years,” she says, “She and I have known each other online for several years, and she is extremely supportive of me and other trans folks in the music scene. She has also spread the word about this incident quite a bit, and has spoken to me personally about it. She, like all trans folks, is appalled that this has happened, and it is determined to see justice done. As for her music, she has been a big influence on me for years, well before either of us transitioned. Her position in the public eye is not an easy one, and she has handled it in a way many would not.”

Grace’s coming out was a relatively small blip on the media horizon in contrast to Caitlyn Jenner. While Jenner no doubt looks beautiful, some consider her media treatment over glamourised, and I can’t help but wonder if the support would be as widespread if she wasn’t as well manicured. In a tweet that hits hard a trans activitist recently stated:

McCarthy confirms that the news is a catch 22. “Whilst the visibility she has created is certainly a great thing for the trans community, she is far from the average trans person, and she enjoys privilege that the average trans person can only dream of. Hers is certainly not the average trans experience.”   While there may not be an average experience, I felt that it was important to understand what is happening through the eyes of someone that we could encounter on any given day in our local community. When someone says something mean to Caitlyn Jenner, it is almost plausible to hide behind the excuse that she comes from an attention mongering family, and forget that she is a real person. When someone attacks a local musician like Stephanie McCarthy, the truth hits closer to home.

McCarthy commented recently in the media that she has been assaulted before and knows she will be again. In closing I asked her for any words of encouragement she has for those struggling with attacks on their own sexuality or gender:

“To other trans/queer folks suffering abuse, discrimination and violence, I say to stay strong. Being out there and visible is how attitudes change. Many people in society would like to see people like me hidden from view, but I refuse to live my life like that. I made a promise to myself when I transitioned that I would continue to do the things I love, for example play and see shows, and I have kept that promise. It may put me at a higher risk of violence, but I will not be told what I can and can’t do by bigots.”

As she continues to heal from the attack, Stephanie makes no excuses for who she is, and we look forward to a time when she won’t need to.