As I am sure you are all well aware, the world was rocked with some pretty tragic news last week. The beautiful, talented man that is Zayn Malik, has officially left One Direction. A moment of silence for the girls who have dedicated their lives to loving this five-some.

In any case, I feel that One Direction may become a little lost without their token racially ambiguous hot guy, and so I thought I would share a few ’90s pop artists who have previously dealt with band break-ups and members leaving, in a manner that’ll hopefully shed a little light on how to deal with this terrible loss.

What follows are the four band breakups that ripped my heart apart. These are their stories, DUN DUN.

So, we’ll start with a band that broke up – not only is this how NOT to deal with a band member leaving, but it may well foreshadow 1D’s future. Just like every other twenty-something girl out there, the first band breakup that comes to mind is of course, the Spice Girls. After a rumoured fight with Mel B in 1998 Geri announced her departure from the band. To summarise what happened, Ginger left to start an (unsuccessful) solo career, the girls released one more (average) album, Scary got knocked up, Posh became a footballers wife, Sporty began a slightly more successful solo career, and we’re not sure what happened to Baby.

The next band breakup, and probably the worst case scenario for the boys of 1D, is Destiny’s Child. If Zayn turns out to be the Beyonce of this band, then the four remaining boys are up shit creek without a paddle. For all we know Harry, Liam, Louis and Niall could soon be lumped with the Kelly’s and Michelle’s of the world. Who are Kelly and Michelle you ask? Exactly.

Luckily, we all know Harry is the frontman of One Direction, so this is really just a good excuse to reminisce over DC. Next up we have the Backstreet Boys. Kevin Richardson actually left the band and then returned and apparently (according to Wikipedia) they are still together and making music??? Also there is currently a Backstreet Boys documentary in cinemas for anyone that wants to know “what to do when you’re a middle aged man in a boy band”. FYI that is an actual quote from the documentary, which I have not yet seen but very much look forward to.

Finally we have the band you’ve all been waiting for (probably, I don’t know), The Beatles. John Lennon left and then he got murdered. Zayn, I hope you don’t get murdered. Ringo and George went on to be mildly successful and Paul McCartney has just, at age 72, joined Kanye’s squad, so I guess you could say things are going pretty well for him. 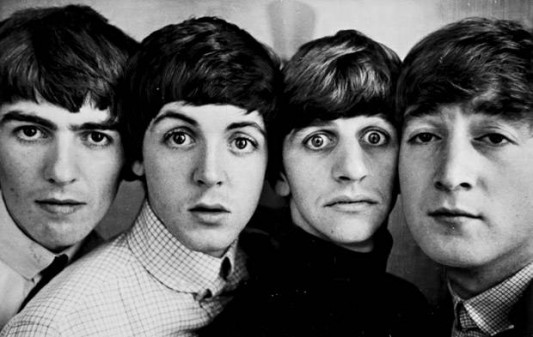 I have come to the end of my band breakup analysis and realised that in spite of these heartbreaking stories, there’s not much advice we can leave for One Direction. Zayn, you might become the next Queen B but you also might get shot, who knows? Harry, Liam, Louis and Niall you might only be remembered as ‘Zayn’s old band’ or you might marry soccer stars, become THE face of fashun and never smile again. Best case scenario you wait another 50 years and join Kanye’s squad. Honestly I don’t know, I thought that writing this article would help me figure it out but it didn’t so I am just going to stop. Boys, you’re probably screwed. Kanye, I love you.