Marmalade Skies Festival is back on! Punters despairing the cancellation of the originally slated December date can rest easy, with the festival now taking place on Friday 10th through to Sunday 12th April in the Southern Tablelands, Goulburn.

The rescheduled event is featuring a pretty sweet lineup, with etcetc Music hosting Friday night and including the likes of Kilter, Acaddamy, Flamingo, Godwolf and Luke Million.

If what the organisers are saying is true, then Marmalade Skies is going to be a festival like no other. Crowdfunded on Pozible, the event is uniquely curated with its audience in mind with a focus on amazing music from local artists, all while showcasing the beautiful NSW Southern Highlands. Another bonus is the BYO aspect, which means there’ll be no pesky security guards combing through your possessions like a bloodhound.

Supposed to be held back in December, the original event was cancelled due to a high fire risk in the region. A refund option was available to festival-goers not willing to wait out for the new date, however those still holding onto their tickets should have received an email with all the new details.

Tickets are $135 dollars for 10-12 April, camping included. You can purchase them here.

So grab your tickets and get ready for what the organisers are self-describing as a ‘two day country house party’. 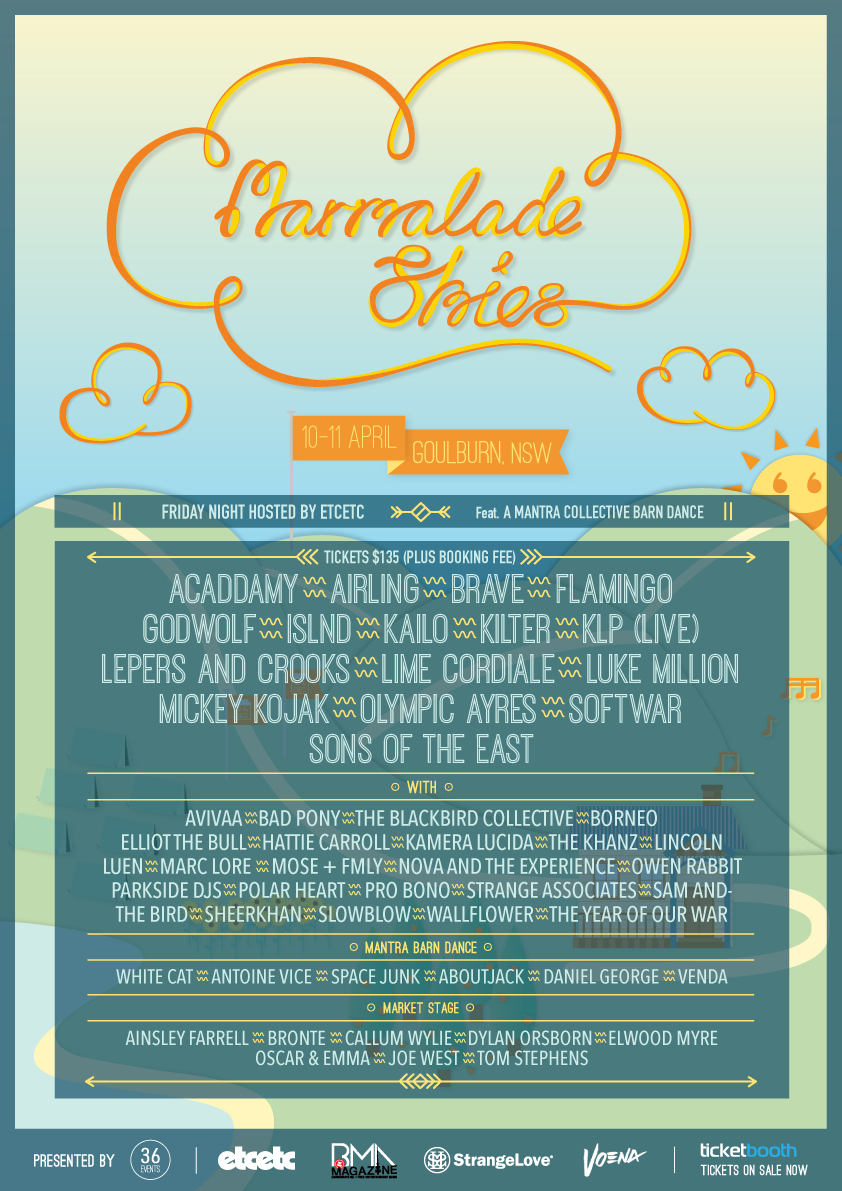