Following a stellar run at Laneway Festival and placing in the Hottest 100 (and 200), Tasmania-based rock quartet Luca Brasi have announced their biggest headline tour to date. The tour kicks off in Adelaide this June, before continuing on to Melbourne, Perth, Hobart, Brisbane and Sydney, where it’ll wrap up on July 1.

Luca Brasi enjoyed one of the biggest rises in Australian rock throughout last year, and they’re only just getting started. Their 2016 album If This Is All We’re Going To Be hit the top 20 in the ARIA charts and received a coveted triple j feature album spot. On top of that, they quickly grew a reputation for being a formidable presence on the live stage, including a sell-out national tour, national support slots for Violent Soho and The Smith Street Band, and European dates with Moose Blood, PUP and Turnover.

Tickets go on sale this Thursday February 16 at 9 am local time – more info can be found here. 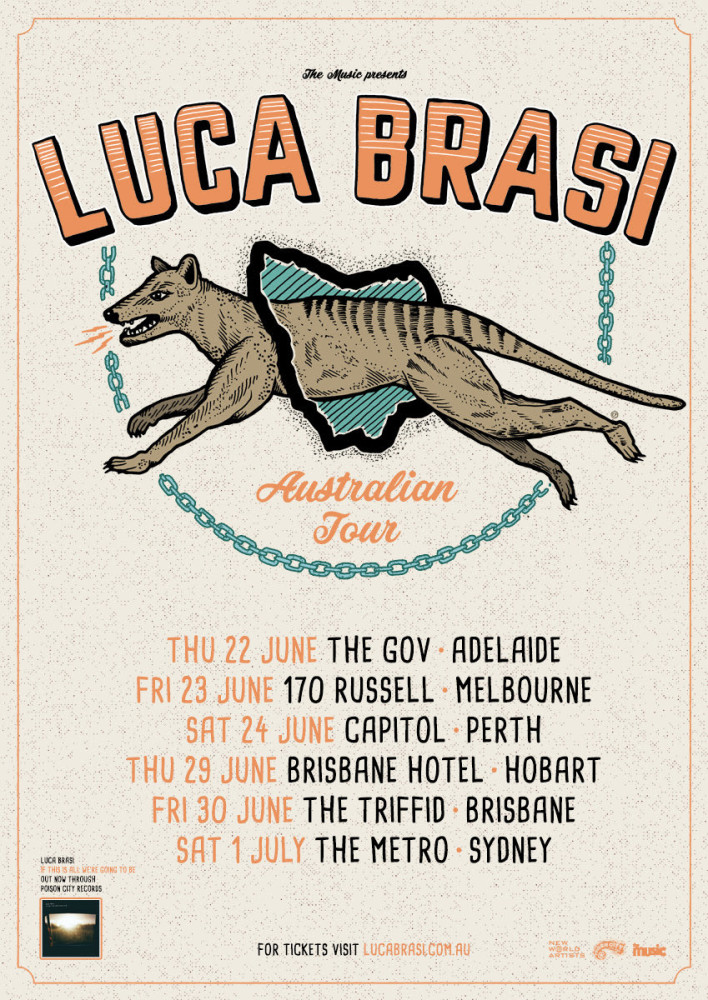