The last time I saw Glass Animals live was when ZABA was new and they were still relatively unknown, save for their immediately-huge single Gooey. Just a couple years later, they’re on the Laneway main stage and selling out shows at the Enmore Theatre. Walking past the line that stretched from the entrance to the corner of the block, I reflected on just how different this show would be.

Their first show, years back, was still fairly minimal, understated, even. Tonight’s show was the opposite; decadent, decorated, overzealously fun. The Enmore Theatre is a medium-sized venue, perfect for packing a couple thousand into a show with stadium-sized energy while still evoking lovely intimacy.

Opening for the Oxford four-piece were Sydney group Polographia, an ideal opener, with their blend of live and electronic elements forming simple, dance-ready beats. They seemed to be having a great time on stage, warming up the mercifully air-conditioned crowd. Sure, they were never going to win the hearts of everyone there to see the main act, but they were warmly received, and no doubt gained a few new fans along the way. 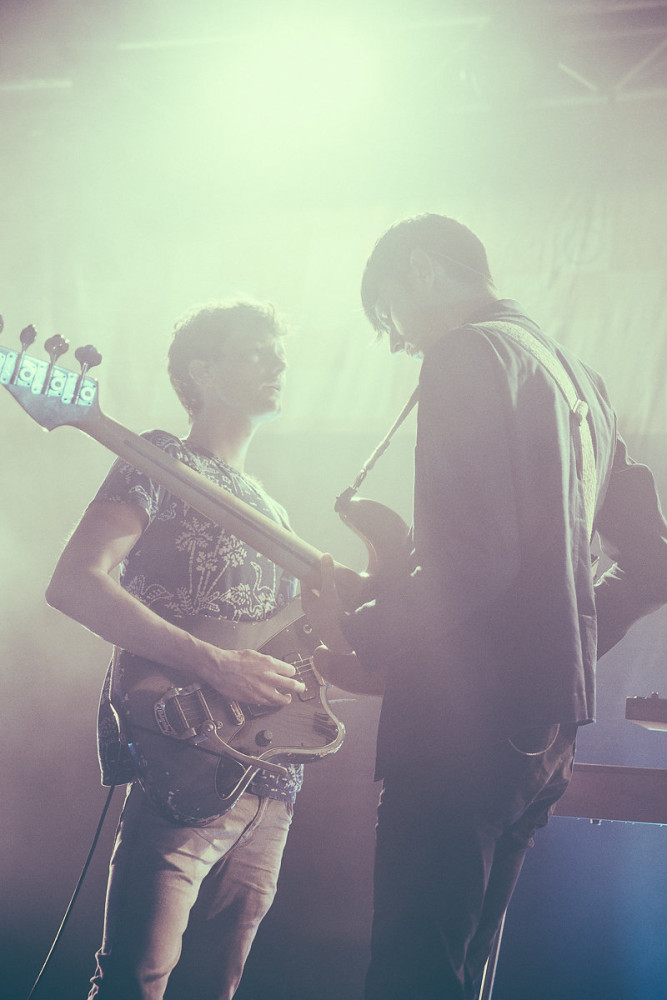 A brief break separated acts, before the robotic tones of [Premade Sandwiches] from new album How To Be A Human Being echoed through the venue, signalling what everyone had been waiting for. Glass Animals appeared on stage and almost immediately launched into Life Itself, setting the energetic tone for the set to come. Their set is a unique combination of smooth and seductive, having crafted an incredible skill for engaging live performances that tends to provoke more club-like dancing than your average live show. Tracks from the new album dominated the set, although Zaba numbers like Black Mambo, Hazey and Gooey made their way through, no doubt still among their most popular tracks. The latter, their biggest track to date, remains to be the track which received the most cheers on the night.

The band themselves seemed to be having a lot of fun, with frontman Dave Bayley ditching his shoes about two songs in and jumping about barefoot for the remainder of the show. After a brief encore (are these really still necessary?) the band delivered a classic, Pools, and a new favourite, Pork Soda, during which a pineapple was tossed intro the crowd, hopefully not injuring anybody.

All in all, it was a pretty great gig. The crowd was 70% underage girls, but such is the nature of sideshows like that. The light setup was one of the highlights of the evening, with incredible back lighting and the occasional strobe light really adding to the atmosphere and energy of the night. If you get the chance to see these guys live, I highly recommend you take it.

Read our interview with Glass Animals