When the opportunity to review FOMO Festival came up I had the option of travelling to Adelaide or Sydney. I had never attended a music festival in the South Australian capital and was keen to see how it compared to other cities. A week before the festival Empire Of The Sun were forced to pull out due to flight issues and Slumberhaze were also unable to attend this leg of the festival, but that didn’t stop Adelaide punters heading out for a day of electronic and hip-hop music.

Arriving in Adelaide I checked the weather reports, which said things like ’43 degrees’ and ‘Avoid outdoor activities’, good thing I was going to a music festival. Arriving at the Adelaide Gaol, I noted how small the setup for the festival was inside the space. It really felt like a boutique festival in a major city, a nice change from the usual hectic pace that comes with touring festivals. DJ Hannah Wants was spinning onstage as a small crowd of hardcore partiers vibed along with her deep house beats. Many punters planted themselves under trees or in the shade, attempting to escape from the oppressive heat. 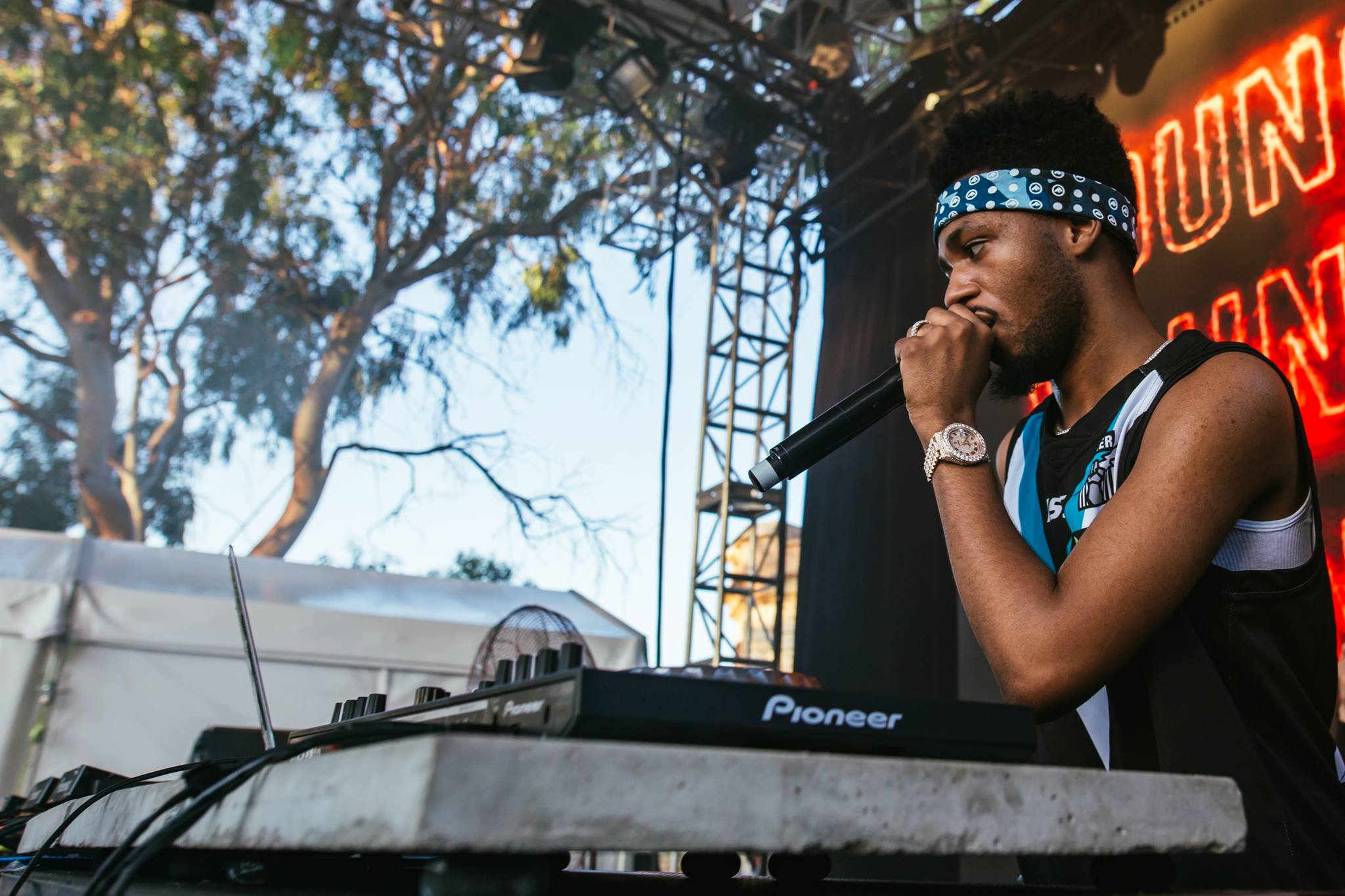 Desiigner announced his arrival to the stage with his trademark ‘BRRAAAAP’ which sent punters running to the stage. The Brooklyn rapper opened with his New English mixtape’s lead track Caliber. Whilst the energy was there, and fans were keen to see one of G.O.O.D Music’s newest signees in the flesh, it was disappointing to see how little he rapped live. During Freestyle 4 he really brought the heat, smashing his guest verse, but when the moment came for major key tracks Timmy Turner and Panda (which he performed three times) Desiigner spent more time ad-libbing and making noise as the backing track rapped for him. Festival goers seemed unbothered by this though and hyped along.

Local George Maple swaggered onto stage, with a complete shift in tone and energy. A real strength of FOMO Festival was the diverse nature of the acts. Maple brought her signature sound of dark r’n’b flavoured with bass heavy beats. ‘Thank you for coming out to see me when it’s so hot, I really appreciate it!’ she said as security guards hosed the mosh in front of her. 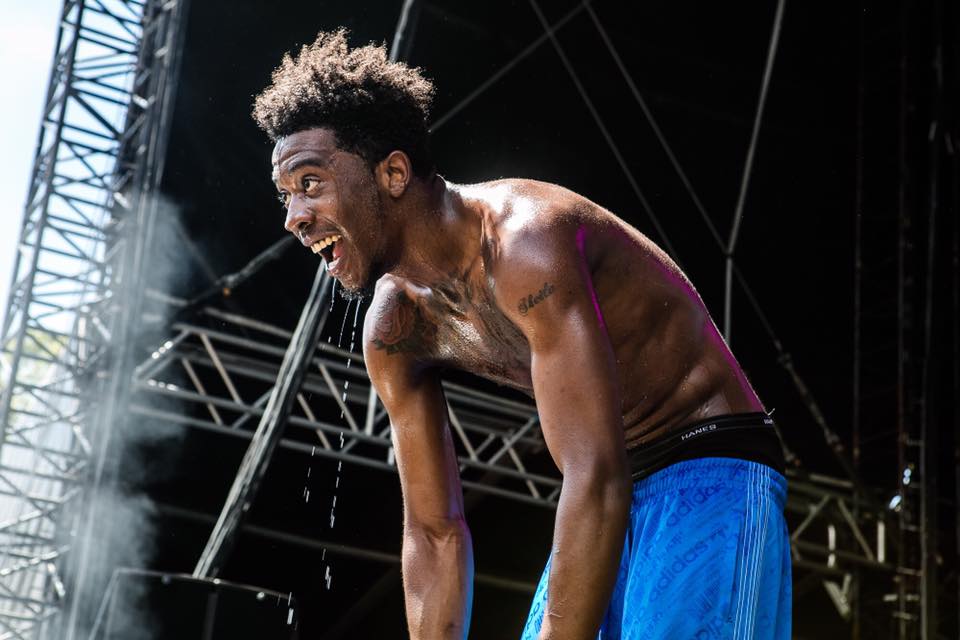 Tech problems marred GoldLink‘s set, as his DJ’s decks wouldn’t play the song correctly. Launching into his set in spite of this, a professional through and through, he soldiered on performing tracks from his latest project And After That, We Didn’t Talk to a crowd mixed of diehards and people keen to check out new music. I caught GoldLink at Laneway 2016 in Melbourne and the crowd was a similar size, why are people sleeping on one the best talents in the game right now?

Conversations with punters at the bar hinted that many people may not be familiar with the hip-hop acts on the bill and had chosen to come along for the electronic acts instead. Closing his set with his Kaytranada/AlunaGeorge collaboration TOGETHER, he was hit again with further tech problems but made the most of it and finished the song a capella, showing off his formidable flow.

Metro Boomin’ was the next act on the bill and presented an interesting experience. Producers often don’t get the credit they deserve for the projects they make, and unless you’re a hip-hop fan you may not be familiar with Metro, one of the hottest producers in the game right now, but I guarantee you’ve heard his work. Seeing him spin live it struck me just how influential this young producer has been on the scene. Every song he dropped was hit after hit, punters who maybe were unfamiliar with his name came around quickly just hearing his vast body of work.

Blending with other hip-hop bangers, Metro Boomin’ was a highlight of the festival and easily a crowd favourite. Towards the end of his set he announced ‘I got to work with one of my idols last year, can I do a few tracks from that album?’, there were raucous cheers of excitement, knowing what was coming. In quick succession he dropped FML, Waves, Facts (Charlie Heat Version) and Father Stretch My Hands Part.1 all from Kanye West’s latest release The Life of Pablo. A perfect way to close a set. 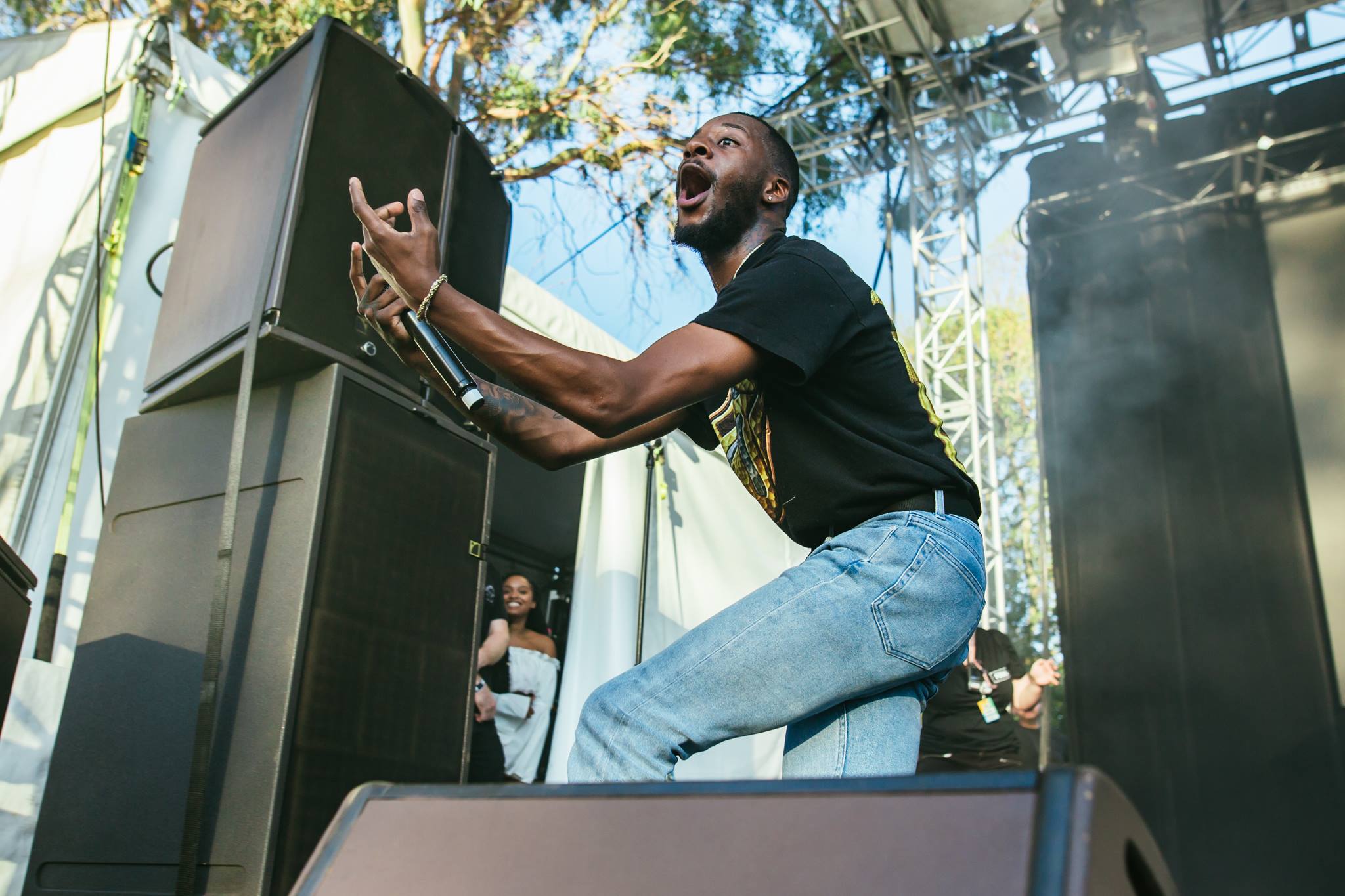 British grime talent JME was an interesting choice for the festival. Often described solely as ‘Skepta‘s brother’ (despite making solid music in his own right), it was really interesting to see how grime has been taking off and resurfacing around the world, very much thanks to JME’s label Boy Better Know. I was sadly a little disappointed by his performance though. Maybe it was the crowd just weren’t feeling it, or the hype from Metro Boomin’ was too hard an act to follow, but it felt like the energy dipped. Even heavy hitters Man Don’t Care and That’s Not Me (one of the best releases of 2016) seemed to fall flat. I’m saying it now though, don’t sleep on JME. Go check out his 2015 album Integrity> and let the grime goodness into your lives.

Shifting the genre back into electronic were Peking Duk, introduced by David Hasselhoff,  and teasing their mega hit with Nicole Millar High from the very top of the set, the crowd was whipped into a frenzy by the Canberra electronic duo. With insane drops and grooving melodies married with killer visuals and lights, Peking Duk showed Adelaide why they are two of the darlings of the Australian music scene. Current hit Stranger went off and by the looks of this performance, plus FOMO’s cheeky promo of the single when it was #3 on the charts, the Duk may have another number one on their hands. 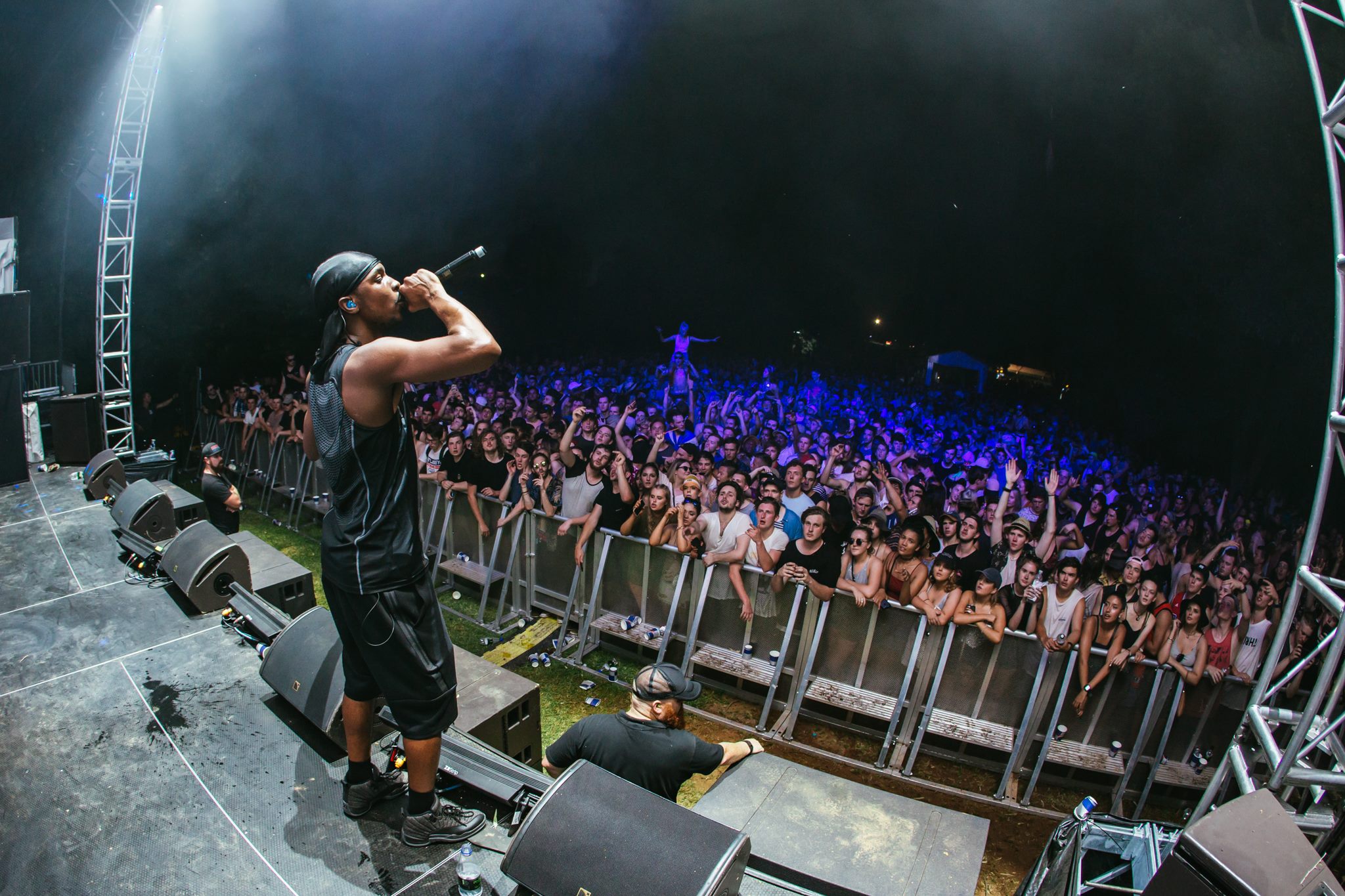 Headliners Flosstradamus were easily the most hyped artists of the festival. Each person that approached me, chatted to me in the crowd and at the bar talked about how keen they were to catch them for the last time, the band announcing their separation earlier (though Curt Cameruci will continue to perform under the Flosstradamus moniker though). Blending remixes and originals, they brought the house down and were a perfect closer to the Adelaide leg of FOMO.

Hot, sweaty and tired from a day of partying hard people began heading home or kicking on to various after parties showing that Adelaide can party as hard as Melbourne or Sydney.