Legendary Minnesota hip-hop acts Atmosphere and Brother Ali have announced a joint headline tour of Australia and New Zealand in February and March 2017.

Earlier this year, Atmosphere released Fishing Blues to critical acclaim, released on their own label Rhymesayers (also responsible for the likes of Aesop Rock, Blueprint and MF DOOM among others.) The unstoppable duo of Ant and Slug will be visiting Australia for the first time since 2012, and as an extra-special treat, they’re bringing along the equally legendary Brother Ali for the ride. This will mark Ali’s first trip since delivering an invigorating keynote address at Bigsound in 2015. Ali hasn’t dropped a full album since 2012, but we’re hoping that the news of a tour might come with a new track or two in the coming months.

As exemplified on Fishing Blues, Atmosphere have achieved something remarkable, something that many other hip-hop artists attempt, but often fail, which is releasing hip-hop that matures and ages at the same pace as the pair, without coming off as stuffy or stale.

Along with their Rhymesayers counterparts, Atmosphere and Brother Ali have been hugely instrumental in pitting Minnesota as a state as rich in independent rhymes as California or New York. 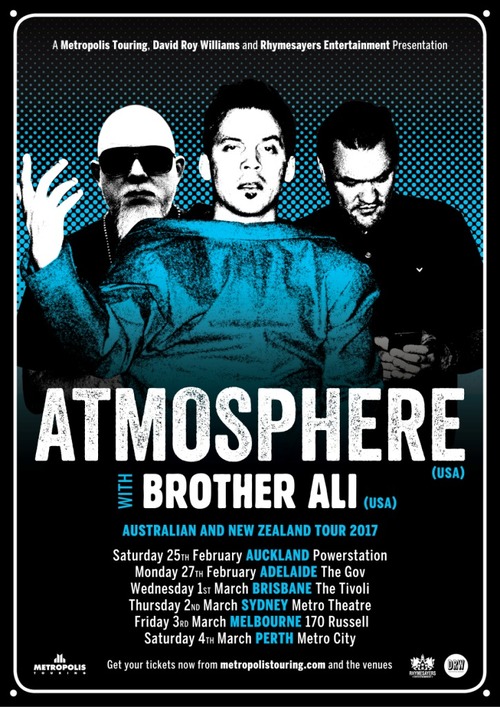