Justin Vernon of Bon Iver invited a small number of press outlets to a press conference in his home town of Eau Clair, Wisconsin this weekend, to talk about his upcoming album 22, A Million.

27 journalists descended upon the small town, where the conference was held at the Oxbow Hotel, a currently unopen property that Vernon, an investor, plans to transform into “Eau Claire’s first boutique hotel.”

Vernon previously performed his entire new album at Eaux Claires Festival, which he held in the same town last month. Here, however, he debuted the recorded version of the album, and fielded many questions about the album, its creation, inspiration and more. he entire record played out start to end, after which Vernon came out for a Q&A session that lasted close to two hours. 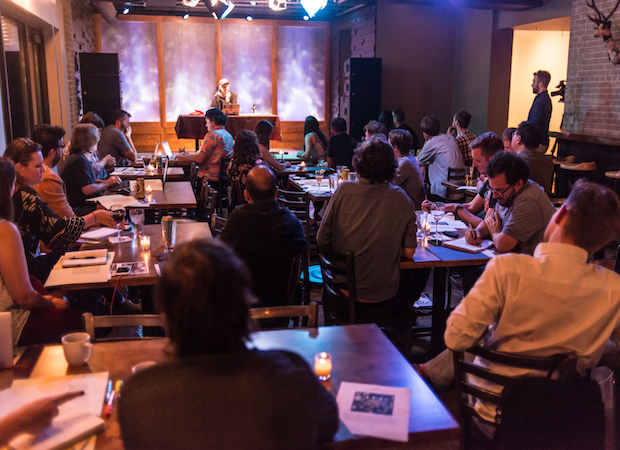 “I was feeling a lot of anxiety,” said Vernon, attributing “the sound” of the album to a loop created by a Roland drum machine. “The beat got me up and out of my seat and made me want to break it down. It was finished right when we made it and we had to sit on it for three years.”

Of course, this backing alone provides the album with a very different sound to his previous work. The three songs we’ve so far heard have demonstrated a big shift and expansion on his sound. “I think it’s that thing of wanting to bash things apart a little bit and break through some stuff. And I needed it to sound a little radical to feel good about putting something out in the world.”

One of the newly released singles also has a Stevie Nicks sample, but has remained uncredited as per Nicks’ request. “She requested that we not talk about it in the liner notes. I respected her wishes. Mostly didn’t want to get asked about working together when we didn’t work together. And I totally get that. It’s from my favourite YouTube video of all time. It’s just her warming up in 1981 getting her hair did and singing her song Wild Heart, which in my opinion was never properly recorded. There’s this beautiful YouTube of her singing and someone offstage singing harmony. It’s just the best piece of music. That little bit “wild wild wild heart,” that’s that sample.”

Moving on from sadness

“For me, it’s not embarrassing, but the old records are of this kind of sad nature—I was healing myself through that stuff. Being sad about something is okay. And then wallowing in it, circling though the same cycles emotionally just feels boring. For this one, there’s still some dark stuff and whatever, but I think cracking things, making things that are bombastic and exciting and also new, and mashing things together, and explosiveness and shouting more, I think that was the zone. I think shouting. Whispering was maybe the thing before. But this time—[hits his keyboard and makes a loud robot sound]”

Vernon spoke about how the song 22 (OVER S∞∞N) was inspired by a bad trip to Greece. “Don’t go to the Greek Islands off season by yourself,” he said. “Trying to find myself and I did not. I felt really poor. And I just heard this chorus in my head, ‘This feeling might be over soon.’” That ended up turning into the opening line of the album’s first song.”

The album is dedicated to Richard Buckner and Vernice Johnson Reagon, of a cappella group Sweet Honey in the Rock. Drawing inspiration for his own work from these artists, Vernon said, “Richard Buckner has 13 albums and every one of them is perfect. Lyrics can’t be more flowing and more impressionistic. Found myself falling into a land or a dream and suspending disbelief more listening to his lyrics. Sound things out and find out what it means later. Gave me the courage to write like that.

“With Bernice, I’ve cared about her singing for so long. Hear her voice on the Ken Burns Civil War documentary series. Singing a black spiritual song and being a choir by herself. How she internalised it all and how she got to be all those singers. She was able to change her voice so radically. Mike Patton has nothing on her.”

He also spoke about how he was inspired by collaborating with other people, both on his own record and others. “I almost quit on [the record], in January of this year… Sort of tired of it, and tired of working on it, and my friend Ryan Olson [of Gayngs] slapped me and said “uh-uh.”

“After we did the Gayngs album, when Ryan put that whole thing together, it was the wildest fun times around a lot of people making music. Around the same time Kanye West asked me to go out to Hawaii and record around a bunch of people. Felt the same. Just a bunch of people sitting around making songs. I think about Ryan and I think about Kanye, and they can show you how to be yourself more. They’re kind and they can tell you that this can be better. See what kind of mayhem you make when everybody’s in a room together. It lengthens you. It makes you stand up taller and improve yourself.”

Bon Iver’s new press photos are quite distorted, and you can’t see Vernon’s face. Why? “Really don’t like to see pictures of myself. Like when you listen to Pink Floyd you don’t think about what David Gilmour looks like. Pictures and music go hand in hand. But I am not trying to do that. I don’t really love meeting too many people, because I don’t have time to be their friend. Faces are for friends only. That’s what I think.”

Finally, Bon Iver mercifully helped radio journalists around the world by explaining the pronunciation of some of his new song names. For instance, 29 #Strafford APTS = “29 hashtag Strafford apartments.” 666 ʇ is “666 upside down arrow’, and ____45_____ is just “45.” 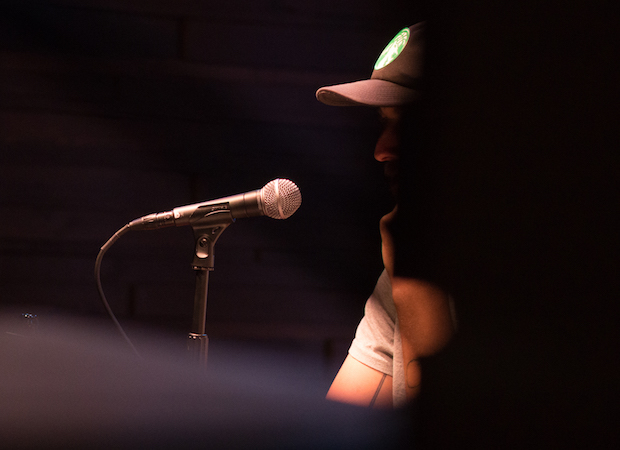