One of Australia’s best small festivals, Paradise Music Festival has officially announced its return and lineup for 2016. Paradise’s fourth incarnation is set to take place from November 25-27 among the stunning backdrop of the Lake Mountain Alpine Resort in Victoria, it is once again looking to be one of the best evolving festivals. It’s an incredible option for those looking to avoid the more large scale end-of-year events, with ticket numbers capped at just 2000.

The first official lineup announcement is now here, and it features some of Australia’s most exciting and innovative electronic and indie artists, including Lucianblomkamp, Gold Class, Julia Jacklin, GL and Christopher Port. View the full lineup in the poster here: 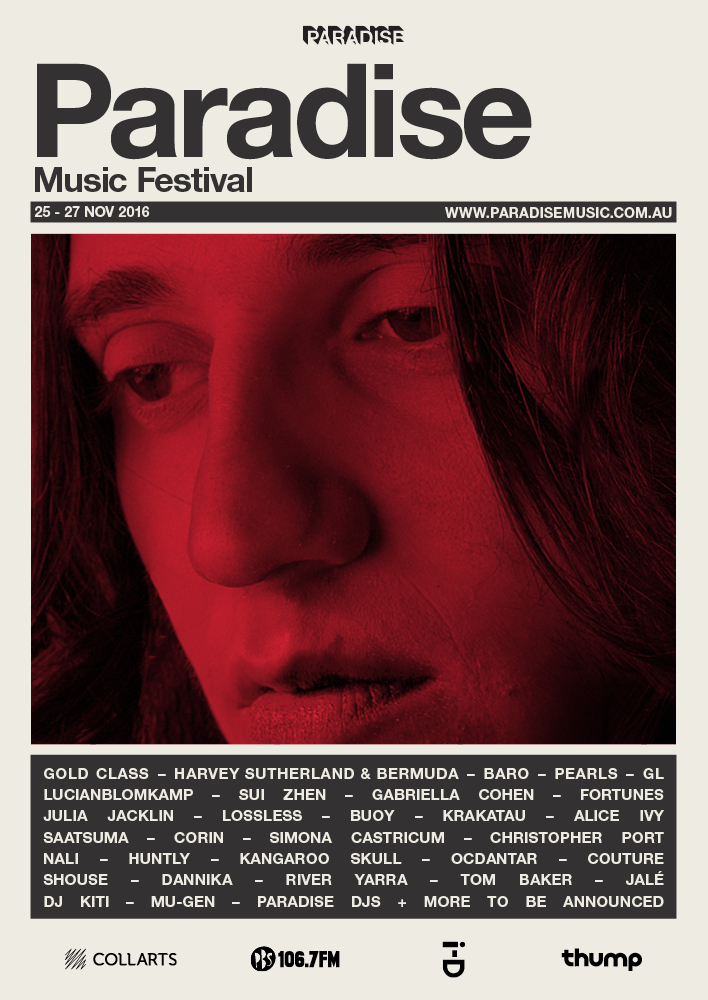 But that’s not all. The 2016 edition also sees the festival expanding, now boasting an additional third stage; as well as the outdoor amphitheatre and indoor nightclub, a “secret late-night room” will now be on offer for punters.

At just $170 a pop, the tickets are pretty incredible compared to many of its weekender counterparts. On sale now, head to the official Paradise Music Festival website for details and more info. You can also keep track of updates via the official Facebook event.

We’ll keep you posted with more information and updates in the coming months. For now, get excited with this official festival lineup video, directed by Banalarama: